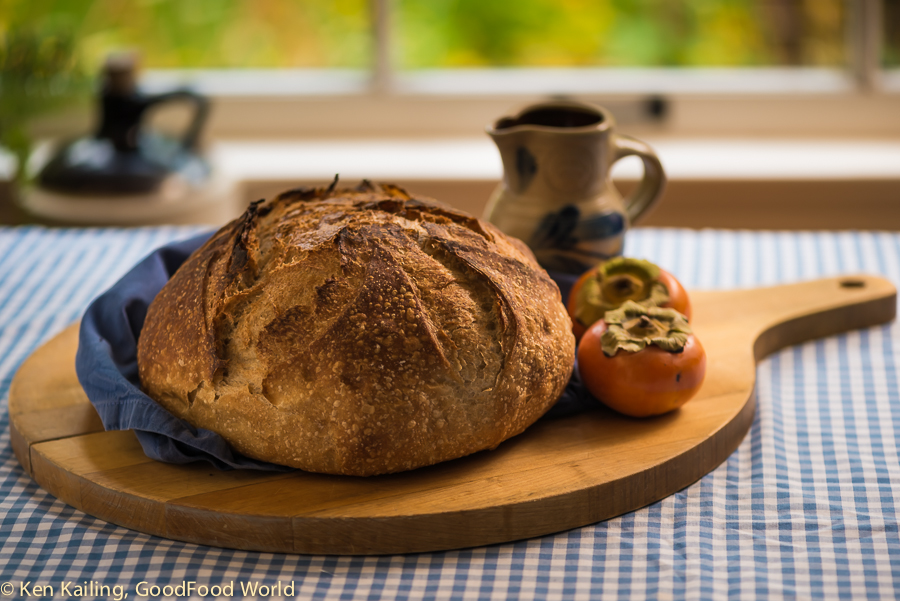 Chances are your family’s daily bread is just another item on your list when you shop at your favorite supermarket. Let’s take a closer look at what you’re bringing home; your bread may be “in disguise.”

It’s pretty clear that fluffy loaves of mass-produced soft, damp, nutritionally deficient, chemical-laced bread made in large industrial “bread factories” and sold in tightly sealed plastic bags contain additives and preservatives to make them easy to process and to give them a long shelf life. But what about the rest of those loaves lined up just asking to be dropped into your shopping cart?

Try this experiment – no, you don’t really need to buy 8 loaves of bread – and do your own comparison.

Make a stop at a large conventional supermarket, a natural foods market or co-op, and the closest artisan bakery you can find. At the very least, pick up a loaf of fluffy white bread, a loaf of “whole wheat” or “whole grain” bread in a plastic bag, a “baked in the store” loaf, an artisan loaf sold in an open paper bag, and – if you want to reach the full spectrum of taste and quality – a fresh loaf of naturally leavened artisan bread made with whole grain flour right from a craft bakery.

Now compare the weight, the color, the texture, and most of all – the flavor. What do you find? While the ranking below is purely subjective based on personal taste and perceptions, you will probably sort your selections in a somewhat similar fashion. 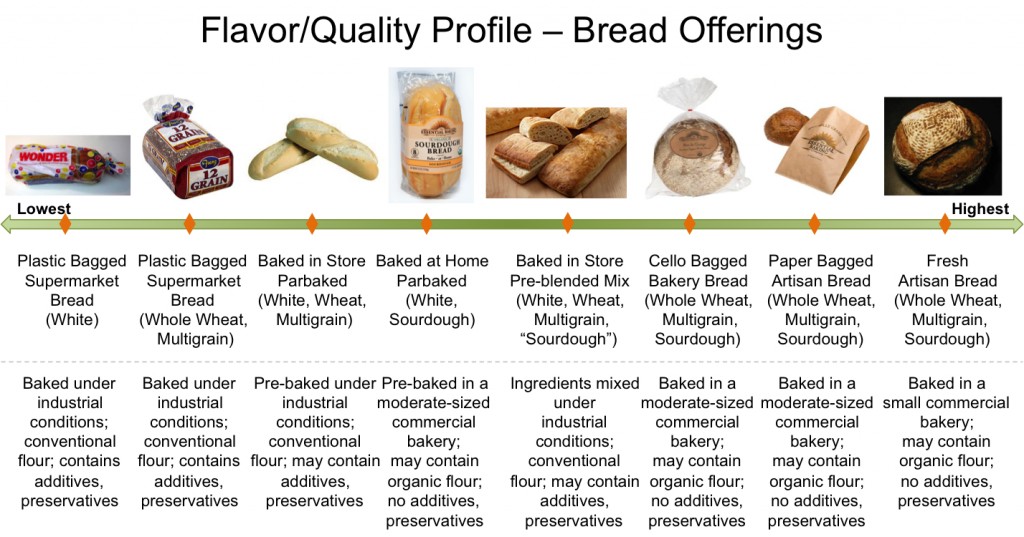 (Click on this image to see a larger version.)

Bread – the Good, the Bad, the Ugly

Exactly why is that loaf of fluffy “marshmallow” bread so consistently bland?

Second, the bread-making process has been sped up to make a loaf of bread in as short a time as possible, reducing what traditionally took a day or two to an hour or two. It takes time for the dough to develop good flavor, so fast production means no flavor.

Just one step along the flavor/quality continuum are soft “whole wheat” or “whole grain” breads. In the last decade, even makers of refined white bread began to add brown coloring (caramel) and cellulose (wood fiber) to give the appearance of whole grain, high-fiber bread. In 2006, Wonder Bread was one of the first brands to introduce whole grain white breads made with an albino variety of wheat, that doesn’t have the “harsh taste” of whole red-wheat flour. These loaves are slightly – only very slightly – better flavor and quality.

Bread from supermarket “in-house bakeries” are loaves that are truly “in disguise.” Supermarkets very rarely bake bread “from scratch;” the loaves you find there are sometimes made from premixed ingredients or, more often, “baked in-house” from partially baked loaves shipped frozen and finished onsite. “Parbaking” is a process where the bread is mixed, kneaded, and baked until it is just about three-quarters finished, then frozen for shipping. The process sterilizes and stabilizes the loaf, but doesn’t give it the crisp brown crust.

Artisan loaves, especially if made with a natural leavening (like sourdough), have a firm crust and are weighty, flavorful, and have an intense aroma. Depending on the type or variety of grain from which the flour was ground, the flavor can vary considerably.

Much like wine and cheese, the flavors of grain – and the breads made from them – can be unique to a region or even a microclimate present on a group of farms. Small grain growers in Washington are experimenting with heirloom varieties. The grains and flours are sold locally to emphasize the concept of terroir: unique flavors developed from local soils and growing conditions.

Humanity has been making and eating bread – at first unleavened and then later leavened with a variety of yeasts – for thousands of years.

The earliest known ancestral wheat species, the so-called “Neolithic founder crops” – einkorn and emmer – grew naturally all over the eastern Mediterranean region. They were “hulled” grains with a tight husk around each seed that had to be removed by parching or thrashing the grain. 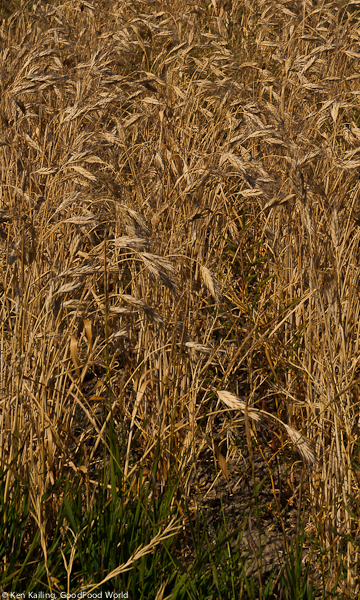 Modern bread wheat with “naked” grains or those that separated easily from the husk was an early cross that appeared around 9,000 years ago. Early bread wheat containing enough gluten for yeasted bread dates from 1350 BC in Greek Macedonia.

The genus Triticum (wheat) is divided genetically into three groups:

Today’s bread wheat has been one of the successes of selective breeding resulting in high grain yield, good quality for commercial baking, disease and insect resistance, and salt, heat, and drought tolerance.

Wheat came to America in the 16th century and thousands of landraces developed matching the grain to the local climate and growing conditions and exploding the number of wheat varieties to more than 40,000 currently identified by grain breeders. Wild and domestic grasses were crossed with domestic wheat to create new varieties such as Triticale (pronounced (trĭ tĭ cā’ lē), a cross between wheat and rye. 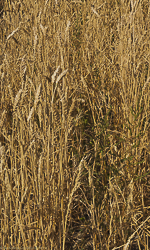 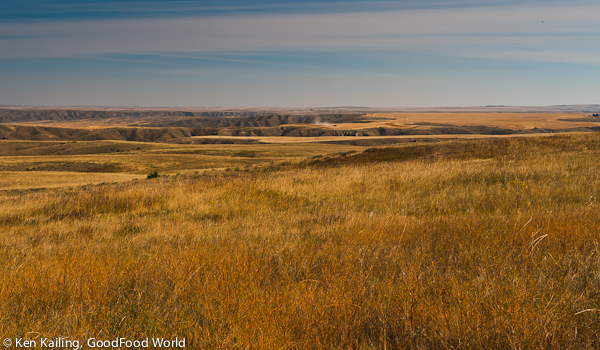 Taking Back Our Daily Bread

Bread was truly the “staff of life” for both peasants and noblemen for centuries. In the Middle Ages (the 5th through the 15th centuries), a majority of the population – mostly peasants – ate 2 to 3 pounds of bread a day.

Historically a wide variety of grains were used to make breads, depending on geographic location. Rye, wheat, and corn grew in different climates and bread had its own geography. Peasants ate heavy dark breads and the wealthy preferred bread made from white flour.  The whiteness of the flour and the bread made from it were a sign of high social status because it was scarce and expensive.

In a reversal, the connotation of status based on the color of the flour used to make bread changed drastically in the late 20th century as whole grain bread was perceived as having superior nutritional value and white bread became associated with lower class ignorance of nutrition.

And, it is true, to fully benefit from high-tech food processing, mass production, long shelf life, product uniformity, even coloration, and soft texture, the production of wheat and bread stripped out most of the grains’ nutritional value.

When grain is milled into refined white flour more than 30 essential nutrients are removed, and only four of the original nutrients are added back in a process called “enrichment.” By the 1940s, malnutrition became so evident that flour manufacturers began adding vitamins and minerals as part of a government sponsored program to combat the high incidence of diseases such as Beriberi and Pellagra.

Marie Antoinette may – or may not – have said, “Let them eat cake!” when bread riots broke out in France in the late 18th century and launched the French Revolution. A new revolution needs to happen now.

Eat whole grain and artisan bread. Buy your bread from a small craft bakery or buy a small mill, grind your own flour, and bake your own bread. Seek out small local and regional grain growers. Celebrate the terroir of your daily bread!

If you’re ready to experiment with baking your own bread, here are a few books you might read and websites where you can buy whole grains or flour. 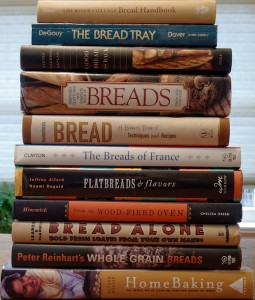 Order online from any of these companies; all the grains and flours listed are organic. 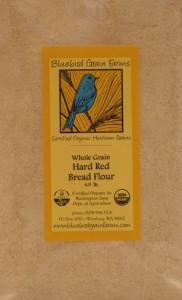