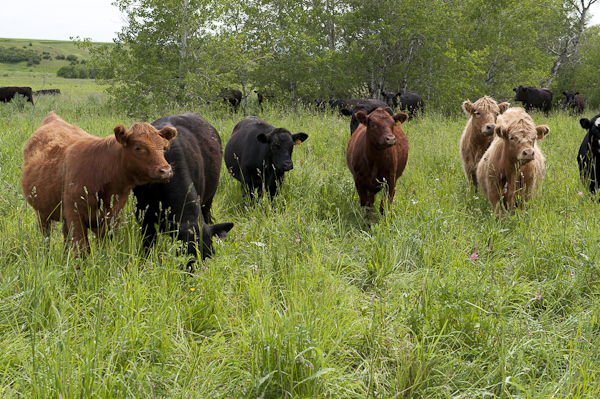 I thought all cows ate grass…

If asked, most people could not tell you where the meat on their plate came from. In fact, if they wanted to know, it would be darned difficult – if not impossible – to find out. On the other hand, while imagining that the beef cow they will be eating is frolicking on lush green pastures, the average American today does NOT want to meet their dinner while it is still standing.

No, Virginia, not all cows eat grass. That lovely image of a herd of cattle happily munching away and contentedly chewing their cud is mostly a figment of your imagination.

Over the last 70 years, the beef industry has evolved into an intense, industrial enterprise designed to put as much weight on animals as fast as possible and get the resulting meat to market as quickly as possible.

To do that, beef cattle – who are by nature ruminants (grass eaters) – are hustled off the pasture where they spent their first six months of life to spend the next six to eight months packed into confined animal feeding operations (CAFOs) with no green pasture in sight. In those feedlots, they are fed grain – lost of grain – to bring them up to the target weight for slaughter. Since it takes as much as 7 pounds of grain (corn, barley, soybeans, and other grain) to develop a pound of meat and those cattle gain about 3 pounds a day, that’s a lot of feed.

Since those animals are eating 50 to 60 pounds of feed a day, a quick look at the source of that feed is important. Forty-four percent of the corn grown in the US is used for animal feed, and 86% of the corn planted in 2010 was bio-engineered varieties that contained insect- or herbicide-resistant genes (or both).

Fifty-nine percent of the soybean harvest is crushed for oil, however the meal left over from the crush is used as animal feed. A whopping 94% of all soybeans grown are genetically engineered to be herbicide tolerant.

Researchers have linked serious health problems such as heart disease, stroke, diabetes, and certain types of cancer to heavy meat consumption. Americans eat more meat than ever before, and most of it is high in saturated fats.

We consume about 67 pounds of beef a year for each person – man, woman, and child. And those animals eat a lot of corn and other grain: most beef cattle are “finished” on grain before slaughter; only a very small percentage is entirely “grass-fed.”(2)

Ah, back to that question – don’t cows eat grass? More and more farmers and ranchers are raising grass-fed beef on a natural diet consisting of fresh grasses, legumes, and other plants and allowing them to roam.

Many are choosing to follow organic practices in their herd management, which are clearly healthier and more humane for the animals. The good news is that meat from those animals is free of antibiotics, steroids, hormones, pesticides, herbicides and other potentially toxic substances. The bad news is that it can take nearly two years to bring those animals to market on grass.

Studies have shown that an animal’s diet can have an impact on the nutritional content of the meat on the consumer’s table. Grass-fed meat has been shown to contain less fat, more beneficial fatty acids, and more vitamins and to be a good source of a variety of nutrients. According to a study published in the Journal of Animal Science in 2009, eating grass-fed beef provides many benefits to consumers(3):

Lower Fat – Meat from grass-fed cattle is much lower in fat, and therefore lower in calories. A 6-ounce steak from a grass-finished animal has almost 100 fewer calories than the same sized-piece from a grain-fed animal. If, like the average American, you eat about 54 pounds of beef a year, switch to grass-fed beef and you’ll save nearly 14,400 calories a year.

Omega-3 Fatty Acids – Omega-3 fatty acids are fats that are essential to human health. Sixty percent of the fatty acids in grass is omega-3, which is formed in the chloroplasts of green leaves. Grass-fed cattle can contain as much as two-to-four times more omega-3 fatty acids than grain-fed animals.

At the same time, a high ratio of omega-6 to omega-3 fatty acids has been linked with an increased risk of cancer, cardiovascular disease, allergies, depression, obesity, and autoimmune disorders. A ratio of four to one or lower is considered ideal, Grain-fed beef has a much higher ratio of omega-6 to omega-3 fatty acids than wild game or grass-fed beef. In grass-fed beef the ratio is approximately 2 to 1, while the ratio in grain-fed beef is more than 14 to 1.

Rich source of CLA – Meat from grass-fed animals is the richest known source of “conjugated linoleic acid” or CLA. Grass-fed cattle have been found to produce 2 to 5 times more CLA than cattle fed high grain feedlot diets. In laboratory animals, a diet containing even a small amount of CLA greatly reduced cancerous growths. 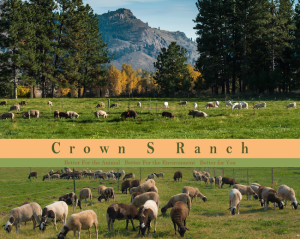 Learn more about some of our favorite organic, grass-fed beef farmers:

Crown S Ranch, Winthrop WA: get a free copy of Farming in the 21st Century
C5 Organics, Bozeman MT: A New (Old) Way to Raise Meat
Meet Your Meat
Grass Farming on the Bluffs Above the Mississippi River

4 thoughts on “The Difference Between Grass-fed and Feedlot Beef”