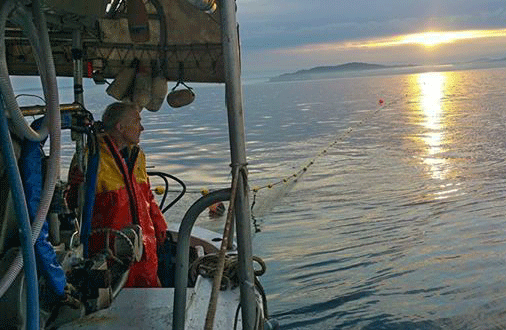 What’s a guy to do when life slaps him in the face? When a roll of the boat knocks him to the deck? When a rogue wave drenches him in water? He gets up, dries himself off, and figures out a way.

Pete Knutson has always been the kind of guy to find a way around the hurdles and challenges life tosses his way.

Loki Fish Company, Seattle WA, has been going strong for more than 40 years and has evolved from a single fishing boat to a vertically integrated, direct marketing company selling a wide variety of fresh, frozen, and processed fish products in Washington, Oregon, and northern California, as well as through an online store and online resellers.

Small food-based businesses like Loki have a special role in the way we eat – they bring diversity, innovation, sustainability, and vitality to local and regional food systems. Big commercial fishing operations driven by “economies of scale” compromise quality in exchange for cost, degrading the value of the food they deliver.

Loki has overcome the odds, because though skill, intuition, and luck, Pete started and built a successful small business by avoiding “killer” challenges every day. 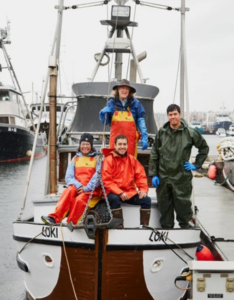 Launched in 1979, with a single boat, the Fishing Vessel (F/V) Loki, Pete began gillnet fishing in the Clarence Strait of southeastern Alaska and in Washington’s Puget Sound.

His wife and partner Hing Lau Ng managed the business, kept the books, and secured the home port. Two sons, Jonah and Dylan, grew up to become integral parts of the family business; Pete now captains the Njord and Jonah fishes from the Loki and runs the land-based parts of the business, still with Hing’s help.

Dylan, now holder of a graduate degree in Acupuncture and Chinese Medicine at the Seattle Institute of East Asian Medicine has a new career path.

The 1980s was a decade of profit and promise, though it remained one man, his mate, and a boat fishing in Clarence Strait, off southern Alaska. Loki Fish Company was generating a profit, the family was growing, and the future looked bright.

By the early 1990s, roadblocks started to develop and pressure on pricing cut into margins and made it more difficult to sell fresh fish from Alaska: 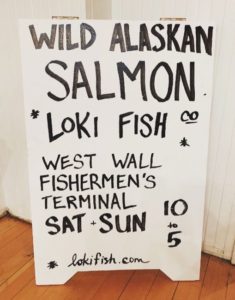 In the 2000s, Jonah (the elder son) took over the F/V Loki and Pete started running the F/V Njord, a slightly larger boat. Besides selling fresh fish, the family was learning how to build up an inventory of frozen product to balance seasonal sales.

During the decade, Loki started selling direct to consumers at Puget Sound farmers markets. Pete always had a lot of infrastructure, so going direct made sense. Supporting direct sales required an Internet presence, and Loki developed a website and supported online sales with a digital storefront. Telling the Loki story and showcasing Loki products online also attracted a number of online resellers and increased the company’s ability to do business with a wider customer base.

After years of selling direct, changing requirements and new restrictions eliminated Loki’s restaurant and farmers market sales. Restaurants were closed to only carry-out, no dining-in, and many simply closed their doors. Farmers markets, in efforts to offer safe shopping for both vendors and consumers alike, instituted restrictions that limited the number of shoppers, required “drive through” purchases, or closed for the season.

To top it off, the 2020 fishing season was pretty poor. Nearly 400 small boat fishermen with whom the Loki partnered as a fishing group garnered only about a quarter of their usual annual revenue. While fishing in Alaska’s famed Bristol Bay was good, the fish were much smaller than usual. Whether the poor run can be directly correlated with warm water events is difficult to say, but it’s clear climate change is causing northern Pacific waters to be come warmer.

Pete and the Loki team have pivoted to an even more direct sales channel – “off the boat.” The Covid  pandemic has changed food purchasing patterns in a number of ways: more online purchasing, buying in larger quantities and “pantry stocking,” and buying direct from the farmer or fisherman.

“It’s clear that consumers are taking an interest in what they are putting into their bodies,” Pete said. “That’s what makes alternative distribution channels so interesting; that’s why we’re going direct from the boat.” Consumers need the connection to the fisherman, farmer, baker, and miller.

For years at loggerheads with the Seattle Fisherman’s Terminal, as professional fishing boats were squeezed out by recreational and pleasure boats, Pete and other fishermen like Joe Malley, F/V St. Jude, have proved that selling direct from their boats could generate thousands of dollars in sales – for the fishermen and for other Terminal-based retailers. Customers have been known to wait in line for hours to by Loki salmon and St. Jude tuna.

His red hair gone grey; Pete is cutting back on his time on the water. He fished about six weeks this summer in Alaska and a few weeks in northern Puget Sound this fall. “I love my boat and like what we do,” says Pete. “We’ve finally gotten the kinks worked out! We’ll see what the next few years bring.”

What can you do?

Fish is the world’s most widely traded food commodity, but market disruptions, as a result of the pandemic, have already begun to change that. Consumers have dramatically increased demand for frozen and processed seafood while turning away from fresh caught products. This is a result of both a run on foods that may be kept through periods of isolation and a reflection of the fact that in many developed markets, such as across the United States, most consumers eat fresh fish in restaurants and other public spaces that are no longer open.[1] 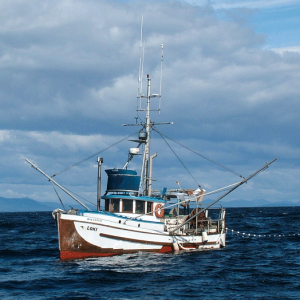 Small food-based businesses like Loki Fish Company are critical to our local and regional food systems and deliver high quality products. They also bring diversity, innovation, sustainability, and vitality to our local economies. As consumers, when we talk about good food, so often we forget that responsibly caught wild fish are an excellent value.

Big commercial fishing operations have been especially challenged by both smaller catches and the infectiousness of the Covid-19 virus. Reducing the volumes processed and limiting the number of crew working on the boats increases the cost of the end product to the consumer and delivers poorer quality fish.

The fishery ecosystem includes the ocean, the atmosphere, the surrounding landscape, the fish and the food they eat, the fishermen who harvest them, the handlers who process the fish, the retailers who sell them, the chefs who cook them, and the consumers who eat them. Fish and fisheries are not separate from their ecosystems and environment and must be managed as a whole.

As a society, we need to reject the trade-off between short-term profits in the extractive industries and rebuild long-term resiliency back into what remains of our fishery eco-system. 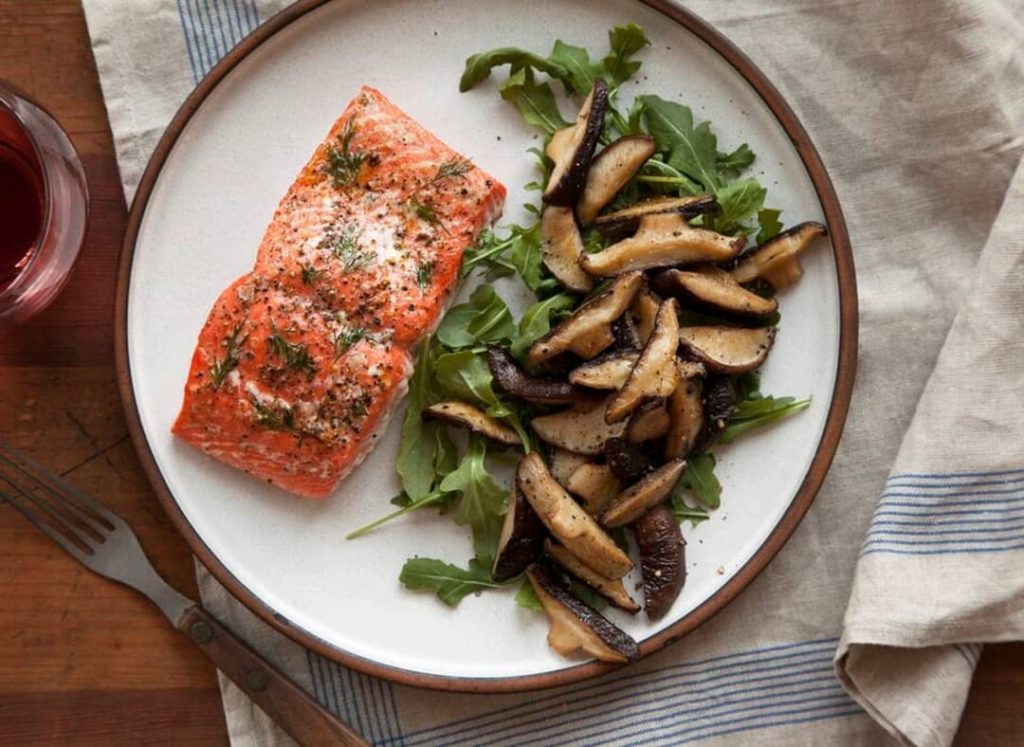 Your can support and encourage small producers and food-based businesses; get your fish from a fisherman you know, bread from a baker you’ve shaken hands with, and a farmer whose soil you’ve walked across.

Loki is a great example of a small multi-generation business. They have rolled with the waves and continued to find creative ways to face the challenges of a lifetime.

Let’s keep them in business! Contact us to join the GoodFood World at Home buying group and buy direct from Loki Fish Company and the St. Jude. We love our family fishers and love their fish!