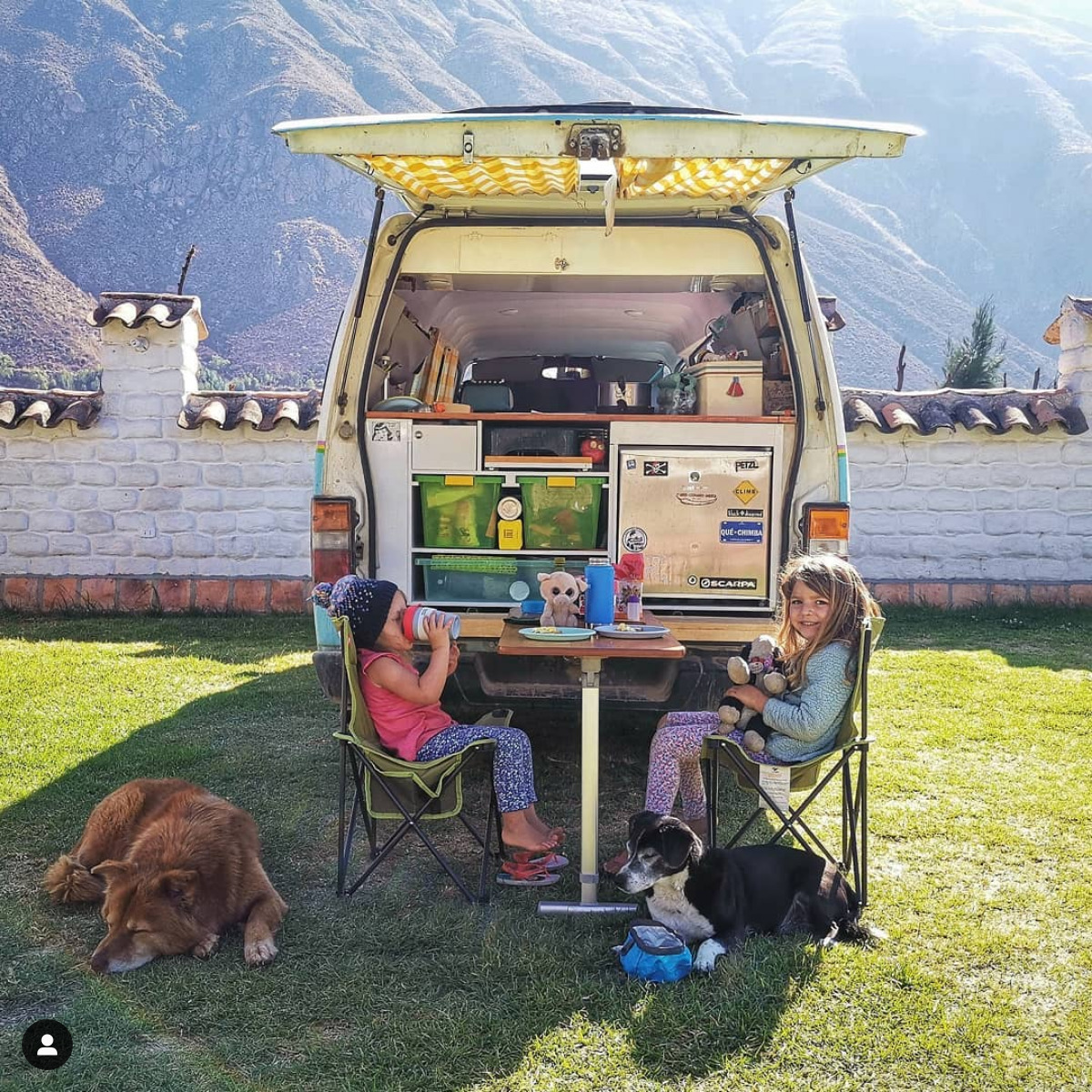 What Could Go Wrong?

Traveling in a campervan – The Rainbow – for 10 months across South America with two kids and a dog; what could go wrong? Nico Parco, our contributor, explains…

We recently visited a Kamsá curandero, or medicine man, in Putumayo (Colombia). Through conversation and a quick revision, Taita Juan made a few general diagnoses for each of us. I have a nerve issue in my right leg causing discomfort; Ignacia has stomach problems fed by stress; Lucía, digestion. Elisa? 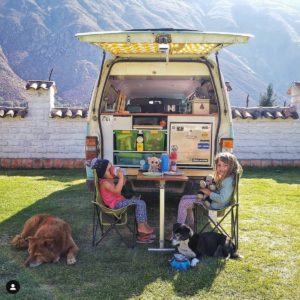 As the conversation continues, I realize my error. Elisa isn’t perfect, and her “disease” is causing everybody in the Rainbow unnecessary daily stress. I believe it’s called disgust. My daughter is disgusted by everything we eat, from the typical, broccoli and Brussels sprouts, to the shocking, such as lentils, avocado, oatmeal, almonds, and honey!? How can you not like avocados and almonds?

In a kitchen it’s easy to prepare something special for that choosy kid. I know, because I grew up eating macaroni and cheese (thanks Mom!). But in a campervan, there isn’t the space or the time to make another dish. Our tools are limited: we have one gasoline-powered stove; one large-pot (thanks Grandma Beth!); one medium sized pan; and limited amount of pantry/fridge space. When we cook lentils or garbanzos, or quinoa or rice, the resources aboard the Rainbow do not allow for cooking another pot of water and pasta. Sometimes there is not enough water, or gas, or time. 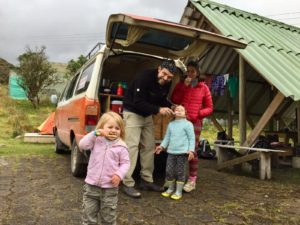 As a result of this five-year-old’s fussiness, every other meal is filled with a lot of crying, complaining, and theatrical wailing about how she doesn’t eat vegetables, how seeds aren’t food, and how she wants something “dulce,” or sweet. One of us eventually sends her to the back of the van, which is the equivalent of “go to your room” and makes threats of banishing her to the outside and closing the door. She’s relentless, the power of food, the obsession with donuts and cakes seems insurmountable. The whining never seems to stop, and in a campervan there is nowhere to turn for silence.

Sometimes we convince her to eat the food, either with promises of dulcesor some form of trickery, by the airplane and rocket-ship-spoonful. The other day she ate an avocado and chicken sandwich, only after many high-pitched screams, when we convinced her that even if she took the bite, it was her pal, Meow the stuffed cat, who was actually doing the eating. 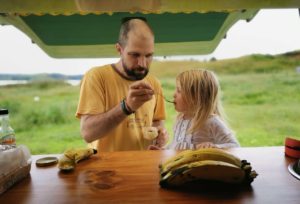 The metaphysical implications of this relationship are too deep for me to understand or unpack in writing. This stuffed-animal transubstantiation of an avo-sandwich is complicated. One thing is certain, this four-year-old cat from Ethiopia likes an ave palta sandwich now and then. But who doesn’t?

As a child, Ignacia was a picky eater as well. Her disgust ran high, especially for anything resembling cooked animals, and she stopped accepting invitations to dinner at her friends’ house altogether. My daughter won’t touch meat, or pork, rarely a fish, and it is increasingly difficult to get her to eat chicken. Perhaps this behavior represents a karmic undertow, that has come back to haunt us. My mother never said, “picky eaters, have picky eaters for children,” but should have. 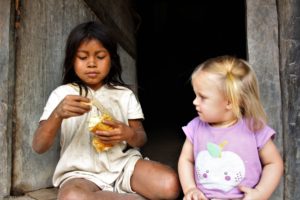 After speaking with Taita Juan for nearly an hour, I started a treatment aimed at invigorating my circulation and central nervous systems through the use of stinging nettles that grow in the mountains of Putumayo. In the Amazon, this is the ancestral form of acupuncture, which relieves joint pain, stimulates digestion, and in my case, is key to un-pinching a sciatic nerve in my lower back.

In the Taita’s maloka, I lay naked, face-down, gripping the side of the wooden bed, while he pounded my body with a dozen sprigs of nettle. “Focus on the curing, not the pain,” says the Taita before delivering a series of blows, and thousands of tiny nettle barbs pierced my skin. I winced in pain while trying to keep my thoughts focused on the positive outcome. After a few minutes the pain gives way to a relaxing numbness throbbing throughout my entire body.

I decide that on my next walk through the mountains, I might gather some nettle for my picky daughter, and when she doesn’t want to eat her oatmeal or the food that we prepare, I’ll tell her the alternative is ancestral acupuncture.

(Copyright by, and used with permission from, Nico Parkinson. Originally published here.)

A Dose of Gardening as the New Social Medicine

Student Farmers Get Back to the Soil and into the Classroom