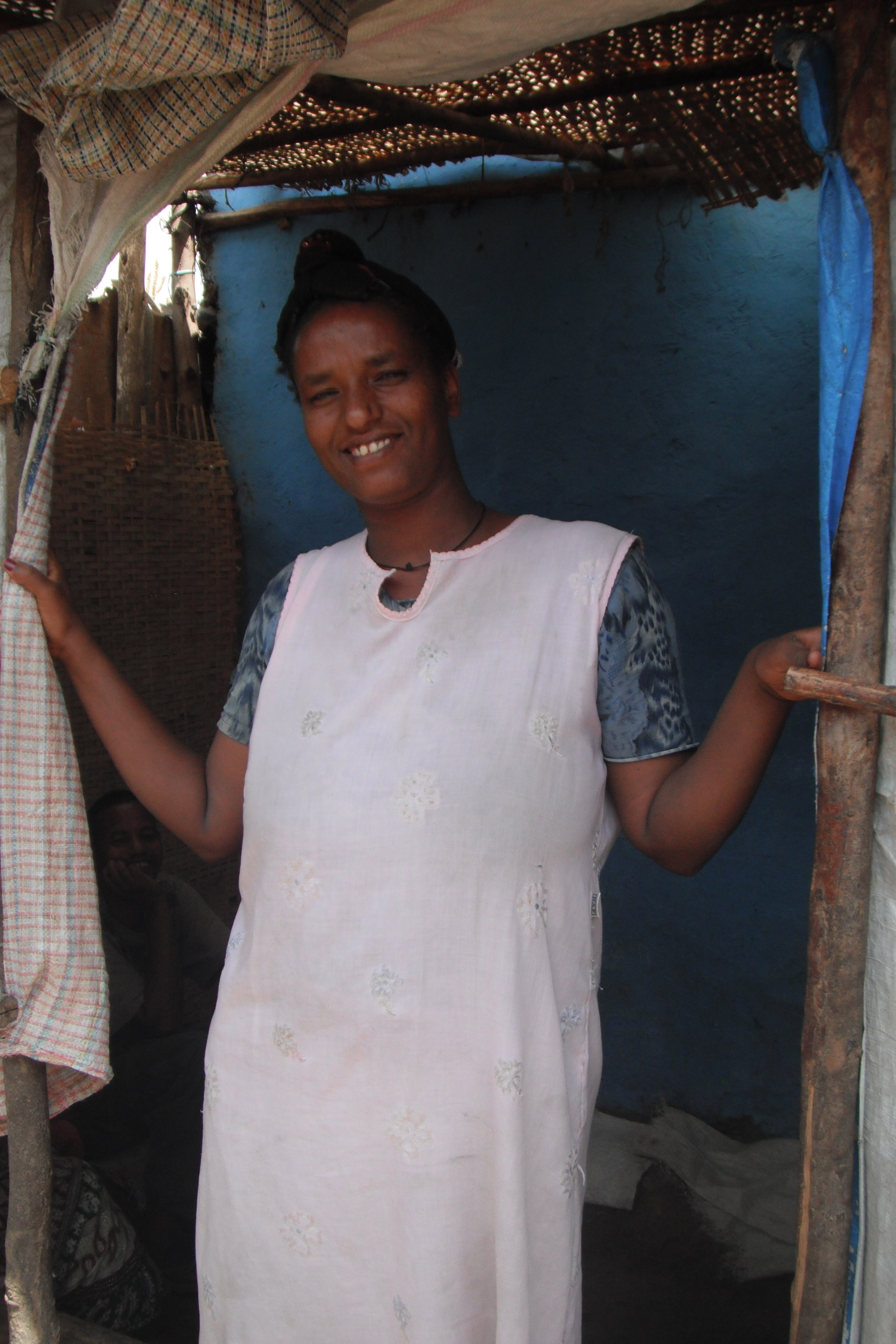 (Click on any of the images to see a larger version.)

Two years ago, Genet Bayesa witnessed her family shrink and expand at the same time.

When her sister finally succumbed to HIV/AIDS, Genet lost a loved one and simultaneously became the caretaker for her HIV-positive, toddler niece. Genet not only faced raising her own two children, but had to come up with the money for necessary food to keep the fragile body of little Aberresh alive.

At first, 30-year-old Genet worked hard to produce and sell tela, Ethiopian homemade barley brew. In addition, she and her husband both worked as daily laborers—the hard reality of the majority of Ethiopia’s poor—and each earned an average of US$2 per day.

Sending the children to school seemed impossible and Genet had childhood flashbacks when her education was sacrificed in the name of survival. When her father died she dropped out of the sixth grade to work and help the family. “There was no choice in the matter. We couldn’t afford school for her,” Genet’s mother explains.

In 2010, Genet finally found her place in a USAID Urban Gardens Program (USAID UGP) group garden in her hometown of Debre Zeit, two hours south of Addis Ababa. The program focuses on the health of women and children affected by HIV/AIDS and trains gardeners in growing vegetables, post-production and marketing. 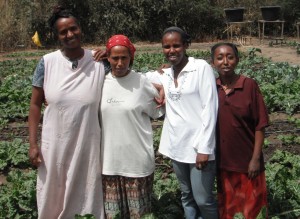 The Rufael Group Garden—37 women and 5 men all affected by HIV/AIDS—elected Genet as their chief and under her leadership turned a dusty plot of land into a productive garden. After nine months of gardening experience and input from USAID UGP, Genet and group graduated from the program and took their garden into their own hands.

The garden not only became a sustainable source of vegetables and income for the group’s members, but also the neighborhood’s premier source of fresh vegetables and the building block of a balanced diet, especially for those living with HIV/AIDS and undergoing antiretroviral therapy. The gardeners and the neighbors increased their consumption of healthy greens like Swiss chard, kale and cabbage.

“Before I joined the garden, we hardly ate any vegetables mostly because we didn’t have the money to buy vegetables,” Genet says. “Today, we have vegetables and can use the money from the sales to buy oil and teff (Ethiopian grain).”

My niece Aberresh used to be weak and her eyesight was poor. Now that I can provide a balanced diet, she’s active and looks better,” Genet says.

As the group’s leader, Genet (meaning heaven in Amharic) organizes all work activities, crop selection and market prices. Each gardener is responsible for her own plot, but the group works as an entity and meets for group discussions every Friday afternoon.

“Plus, we meet almost every night for watering, and harvest twice a month,” she explains. Genet updates the group about the prices of vegetables on a chalk board hanging above the garden.

Genet and her colleagues also created a savings and loan group after receiving training from USAID UGP. Every week, each member pays 2 birr (US$0.12) into the fund, and when the funds are high enough, they make a group purchase.

“During our group discussions, every member has the chance to voice her opinion about what we should buy,” Genet says. Last month, the group spent nearly 1500 birr ($90) to provide every member with a kilogram of flour and a liter of vegetable oil.

“Genet is our group mentor. She really helps the entire group in the garden. She makes sure everyone is watering their vegetables correctly,” says Tadelech Degafe, a gardener who works alongside Genet.

In addition to a pile of green vegetables for her family, Genet and other members earn an average of 170 birr (US$10) each month.

As a natural leader, Genet hopes to increase this number in the coming months. “In the market, you have to think about availability,” she says. “When the rainy season comes, we will plant mainly garlic and onions.”

Genet and the gardeners at Rufael Group Garden have also done their part in reducing stigma associated with HIV/AIDS as well. Ten years ago, Genet says nobody would have bought food from somebody working in a HIV/AIDS related association. Today the neighbors cheer them on and are their best customers.

“Genet works for the development of our family, but also of the entire community,” says her mother.

Genet dreams of creating a cooperative with her Group Garden and diversifying the agriculture portfolio by adding animals and a possible dairy farm. “I don’t want my life to happen to my children. I want their life to be greater than mine,” she says.