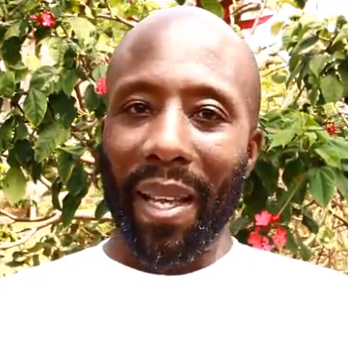 William Tolbert, a Liberian citizen educated in the US, was inspired by the organic movement here and moved back to his home country in 2010 to implement organic farming techniques. He exemplifies the “Triple Bottom Line” – Environment, Economy, and Ethics – in his farming practice. Now Tolbert is raising funds to provide training, support, and microloans, and connections to quality buyers for subsistence farmers so they can grow more and better produce and generate higher incomes and profits.

Never doubt that a small group of thoughtful, committed citizens can change the world;
indeed, it’s the only thing that ever has.

The small West African nation of Liberia does not usually conjure images of farming. For most, Liberia is synonymous with conflict and brutal guerrilla soldiers bartering diamonds for guns. Liberia celebrated ten years of peacetime in 2014 and a renewed vow to deliver better infrastructure, economic growth, and progress to over four million inhabitants.

I arrived in August 2013 to work on a USAID-funded agriculture project aimed at increasing the production and profitability of thousands of subsistence farmers currently growing rice, vegetables and cassava. That’s how I met William Tolbert, a repatriated Liberian, with a penchant for organic farming principles and the founder of Grain Coast Inc.

GoodFood World readers may remember the story I wrote about Tolbert – The Revival of the Grain Coast: Organic Farming in Liberia – focusing on his plans to export organically grown vegetables to European customers and using the profits to increase the amount of quality food grown in Liberia for Liberians. Tolbert himself writes:

I also realized early on that it would be impossible to produce vegetables organically and profitably within the social, economic and infrastructural constraints of Liberia. Thus, I decided to pursue exports to help develop our local vegetable production system. The idea itself was not novel, in fact, it was recognized in the development community as a tried and tested means of poverty reduction.

I began working with a director of cargo for an international airline to position Grain Coast to start exporting vegetables as soon as possible. Since the airlines eagerly wanted to start selling its outbound cargo space, they did all they could to assist me.

After discussions with three potential buyers, and a visit from one, we got a verbal agreement and a handshake with a buyer that saw no need for a formal contract. We, on the other hand, required one, and negotiations began. So after months of discussions and negotiations, in early 2014, we finally received a signed copy of a forward contract to produce four organic vegetables for export to the EU. Even better, that contract came with a letter requesting that four more vegetable crops be added to the order.

Tolbert is now looking to expand his operations by leveraging local farmers. His outgrower model will allow Grain Coast to train and provide tools for subsistence farmers while assuring them a market.

Tolbert not only talks the talk, but he walks the walk. He genuinely believes in fair trade and respectable wages for these farmers. His heart has always placed quality, safe food at the forefront, but without damaging the lives of the farmers who produce it.

Liberia is a country where the majority of farmers aren’t paid wages, rather compensation is made in bags of rice. In Liberia, inequality reigns and subsistence farmers are at odds with a system in which it’s impossible to access machinery, financial services, and education. If Liberia can turn to other crops, especially edible ones, not only will the model become sustainable, thanks to the sales to Europe, but surplus crops will end up in the mouths of Liberian consumers, increasing the country’s self-reliance.

Under this assumption, Tolbert is now crowd-sourcing his small, organic revolution. Contributors can learn more about Tolbert and Grain Coast on the campaign page. If you are interested in seeing this kind of project become successful in one of Africa’s most difficult and devastated countries, make a donation and share the link with those who will.

Liberian farmers need – and deserve – all the help they can get! Make your contribution today!