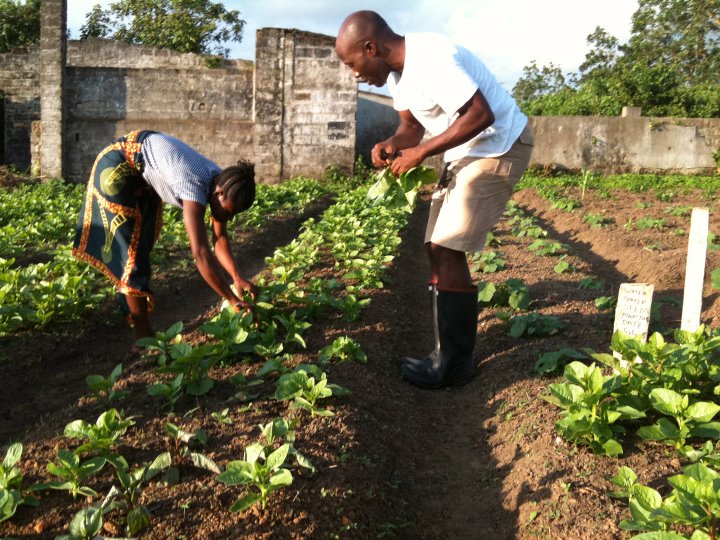 Liberia, one of Africa’s poorest nations, is steeped in a domestic food crisis. This is how one man aims to increase food safety and food security without raising the price.

William Tolbert has planted okra over four hectares on his farm outside of Monrovia, Liberia. Between rows, he has intercropped with onion knowing okra’s vulnerability to pests in tropical West Africa. In a few short months, he expects over 40 tons of onion and okra and will put organically grown food in Liberia on the world market for the first time since the country’s civil war started in the early 90s.

Inspired by organic food movements in the US, Tolbert moved back to his country in 2010 to make a difference as an organic farmer and improve Liberia. He brought with him the concept of creating an environment that will benefit not only consumers but his farm workers and their families as well.

Not many people associate organic farming with Liberia, a post-conflict nation often considered one of the most food-insecure countries in Africa. Due to high transport and energy costs in Liberia, an overall lack of adequate infrastructure, and highly fragmented marketing channels, there is very little investment in food-based value chains. 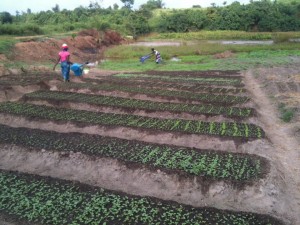 The absence of any competitive local food system means that the Liberian government must subsidize rice exports, which currently make up 60% of the nation’s rice consumption. In Liberia, farm yields are very low due to farmers only growing enough food for subsistence. Despite once carrying the nickname “Grain Coast,” nearly all private sector investments in agriculture have funded rubber, palm oil, cocoa and even coffee plantations, all inedible commodities.

Tolbert’s appropriately named “Grain Coast Farms” is attempting to shift the focus, and he believes his plan to bring high quality organic food to European consumers will fund his personal revolution to introduce smart agriculture to Liberian farmers and consumers. 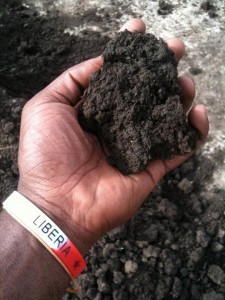 In 2010, Tolbert first operated a farm “up-country” in Bong County, nearly a day’s drive from the capital city. On a piece of his family’s land, he expanded his farm to four hectares and 55 employees, all local farmers. At its peak, the farm produced four tons of greens daily and sent the vegetables to markets in Monrovia to be sold at the country’s best rates.

“That was production! We rotated crops, used agro-forestry, and intercropping, and produced a lot of different types of crops,” he tells. “I was paying farmers double their standard pay and even buying neighboring farms’ crops at double the price and selling it in Monrovia.”

Tolbert’s family didn’t see the same success, mostly because profit margins were lower than those of a full functioning rubber operation. “Rubber is tried and tested, and if you plant enough trees, you’ll make money. There’s little overhead and you can take advantage of the workers.”

The benefits that his family couldn’t see however were not as easy as counting dollars. In an ailing sector, rural farmers have few outlets for their crops. Surplus often ends up rotting or being sold at below market prices. Any degree of improving the produce-to-market value chains brings more equitable benefits to the community, according to Tolbert, but nobody listened.

In 2013, Tolbert opened his Grain Coast Farm closer to Monrovia in the town of Bensonville. He has two hectares and pays rent, which makes profitability even harder. “I realized that I needed to come up with a new business model,” and he set off to find foreign markets for his arugula and lettuce, zucchini and okra.

In mid-2013, Tolbert met the cargo director of Brussels Airlines, who introduced him to European traders. He set up deals, and Brussels Airlines donated the first delivery for free. He signed orders and is now growing the okra for European consumers. 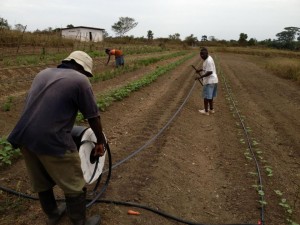 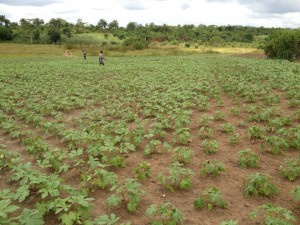 He continues to stand by his strict code of ethics and imports bio-pesticides all the way from California, adding to Grain Coast’s overhead. The Neem-based pesticide is doing wonders for his crops but at a high cost. As a result, Tolbert has already planted Neem trees for the future of the farm. “I’m the only person in Liberia with a Neem orchard, and hopefully I can produce enough seed to make oil that can be sold on the local market.”

His farm incorporates other principles of organic farming, such as acacia trees for nutrients, vetiver grass for soil protection, and leucaena for biomass. Within 5 to 7 years, Tolbert expects to completely remove his reliance on imported organic pesticides.

Liberia’s pioneer of organic farming has also created the country’s first Community Supported Agriculture (CSA) delivery service. Tolbert targeted the expatriate population in Monrovia as well as the nation’s “repats” or Liberians who have returned from the US and other countries to reinvest in their homeland. 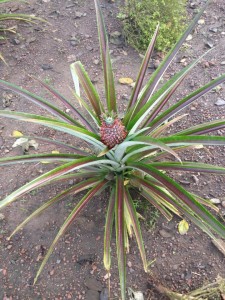 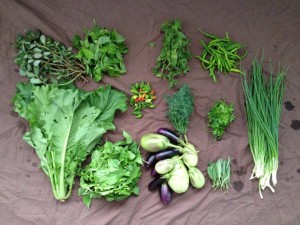 In February 2013, Tolbert started with fewer than 10 clients. In October, 50 clients placed orders. Each month, subscribers pay $90 USD for a weekly delivery of what he calls “familiar” greens and vegetables like basil, dill, sage and cilantro.

“These items aren’t readily available in the local supermarkets. I combine that with other vegetables, and the customers are happy knowing they are eating locally grown food that is organic.”

The future of Grain Coast Farms is delicately poised upon a system of quality produce, community solidarity, and fair market practices. As the farm turns to European customers to export okra in December, Tolbert is anxious to surprise the local food market with his organically grown onions, which he will sell at local prices.

“By selling the okra to a European market, I can offer Liberians safer food at a price they can afford. I’m hell-bent on exporting a portion of the harvest, because I believe bringing Liberians food safety and food security will be paid abroad.” 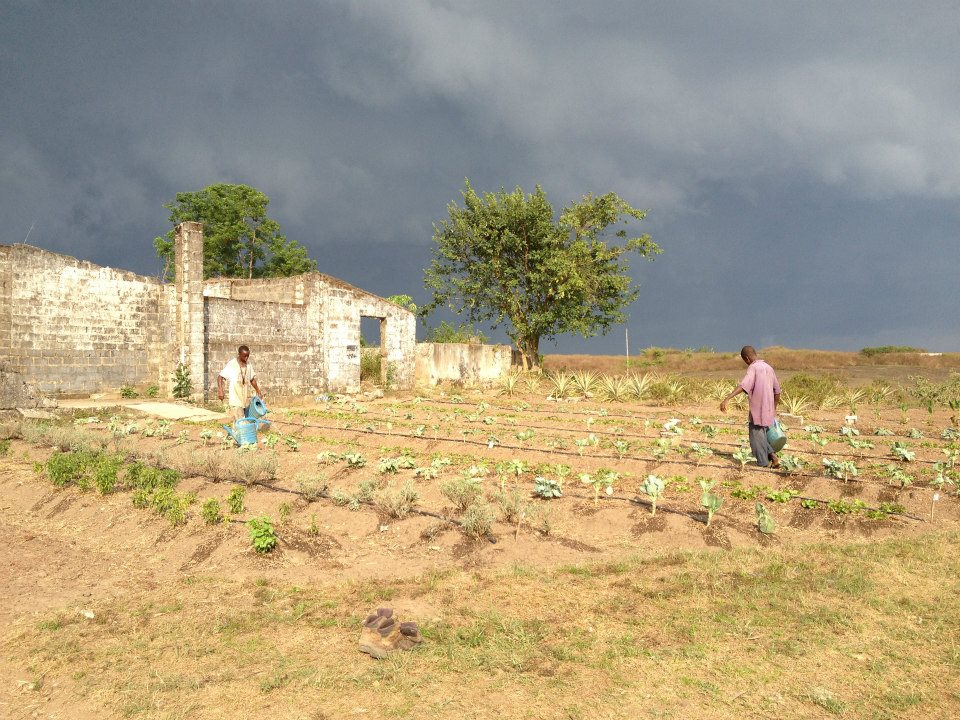 3 thoughts on “The Revival of the Grain Coast: Organic Farming in Liberia”