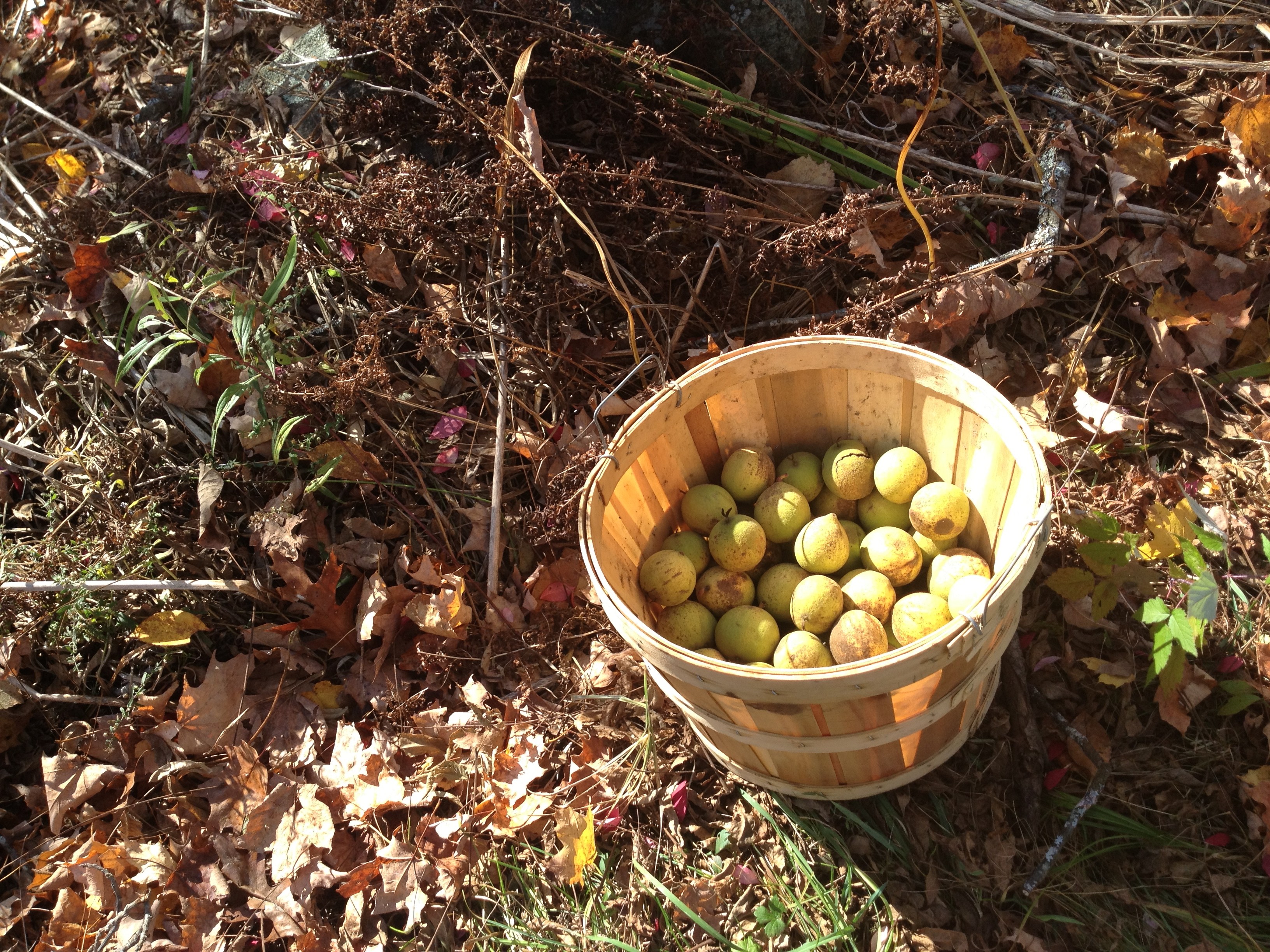 Thursday, October 23rd. 8 pm. The wood stove is burning, the tea kettle is warming, and the sun has long since gone down. More importantly, the chickens are shut in, the garlic has been planted, and the last of the apples picked and stored for one more cider press. Tomorrow we’ll hull walnuts and give the birds new bedding.

We’ve been in Vermont for little more than a week and are just settling into the routine. It’s the third farm we’ve visited as wwoofers – volunteers who trade their labor for room and board and the opportunity to learn about sustainable farming. WWOOF stands for WorldWide Opportunities on Organic Farms. We heard about the organization through some friends and signed up last January. A yearly membership gives us access to a full database of farms and the ability to contact hosts. You can wwoof anywhere in the world, but each country requires its own membership.

When we laid out our goals, WWOOF-USA seemed like the logical choice for us. We want to travel but can’t afford an overseas ticket. We love food. We’re genuinely interested in farming and curious about a part of the country we’ve never been. In the US, we won’t have to worry about barriers of language and culture (apart from the regional differences of our country) and will be able to hop from state to state if we want to, networking and hopefully landing paying jobs after several months.

There are nearly two thousand farms to choose from in the US, so we had to narrow it down a bit. Browsing through the database of hosts will give you a good idea of what a ride range of opportunities there are. Not all of the farms are certified organic – in fact relatively few are, although most of them operate under organic principles. Not all of them are diverse operations either; you might find yourself working at a blueberry farm, an apiary, or a raw milk dairy.

We came up with a list of priorities to guide our decision. For a region: the northeast. A farm that grew a variety of fruits and vegetables and preferably integrated animals too. A place that could offer us a private room, and that might be willing to host us through the winter. That last one narrowed it down quite a bit, as most farms only host volunteers from early spring to late fall, with summer being their busiest time. But there’s work to do all year round where animals are involved, where produce is grown in greenhouses, and in the south where it never gets too cold.

Working our way south for the winter would have been a reasonable choice, but the south doesn’t particularly interest us. We decided to start in Pennsylvania and work our way north. I was especially excited about the farm we chose, Horn O’ Plenty in Bedford County, because they were listed as fully diversified and organic, with a farm-to-table restaurant and a range of projects to work on all year round.

At Horn O’Plenty we shared a trailer with two other wwoofers from the US, and most mornings were spent harvesting, weeding, or putting up fencing. We worked side-by-side with Jeff Horn and his mom Jane, and at least once a week with his wife Mandi at the restaurant. Our hosts were easy going and we were usually done working by noon, free to explore the surrounding area or hang out at the wwoof cabin.

We got to know (and thankfully got along with) the other volunteers, going swimming during the day and making campfires at night. On the farm we harvested hazelnuts, put up fencing for rotational grazing pastures, and picked box after box of tomatoes to fire-roast in the restaurant’s wood oven. It did feel a bit like a vacation. We wondered if we were doing enough work to earn our keep, but Jeff said they’d have more vegetable production – and more work for wwoofers – next year.

After two weeks at Horn O’ Plenty we decided to move on to a farm in Maryland that I had been in contact with (despite my desire to spend time learning the secrets of Mandi’s great cooking) because it sounded like the people at the next place were more in need of our help and that we might be able to better access the internet from our room at their farm.

We landed next at Savage River Farm in Maryland, where our hosts Ben and Hana were juggling their impending wedding with a 44-member CSA and farmers markets twice a week. It was getting dark when we arrived but they were hard at work in the field transplanting one last round of lettuce.

We found out soon that dawn-to-dusk was the typical routine at their farm; although we were only expected to put in six hours a day, the two of them put in far more in addition to holding other jobs.

There were days our hosts were too busy working to stop and eat, so I familiarized myself with their kitchen and we put on a few meals every week. We stayed busy, but it felt good to be useful. We learned from our hosts and we learned with them as they built their farm from the ground up.

At Savage River Farm we enjoyed more privacy, being the only wwoofers on the farm at the time. We got to know our hosts better mainly because we stayed longer, but also because we shared every meal and spent more hours working side-by-side. We spent a month there before things started to slow down and we thought about moving on.

Most volunteers finish wwoofing in the fall, and most farmers enjoy a quiet winter break. We had to think about situating ourselves on a farm that would host us through the winter and one that would have enough winter work for us to earn room and board. I did a search for a place that would accept wwoofers year-round, or full-season. One in Vermont caught our eye, and that’s what brought us here, to Taft Hill Farm in rural Windham county.

We hope to spend the winter here and maybe even longer, but as with all these cases the first few weeks are a sort of unofficial trial run for both hosts and wwoofers. It’s like going on a date with someone you’ve only met online. So far it’s going well, but only time will tell if the relationship is long-term material.

In the meantime, I can offer some advice for anyone who is considering visiting a farm through WWOOF (or a similar program such as attra.org). Ask a lot of questions before you commit to a farm, and do some research. Find out where the nearest town or city is, what the population is and what transportation will be like. Read the reviews of other wwoofers. Find out what the work schedule will be and what you will get in return.

Besides the farming experience (I like to think of it as free education in agriculture), wwoofers typically get room and board, although the “room” is sometimes a place in the yard where you can pitch your tent. Some hosts will give you a weekly allowance for groceries while others will cook you dinner every night.

Expect to work hard, be prepared for rustic accommodations, and if you are picky about something – being able to shower often as you like or sleep in sometimes or enjoy vegetarian meals –  you should let them know first about your preference, although I think it’s likely that in most cases you will shower less, wake up earlier, and eat less meat.

It’s likely you’ll also come out of it with a couple of good stories, some delicious recipes, a few great friends and at least one place you’ll always remember.

6 thoughts on “Thinking About Going WWOOFing?”