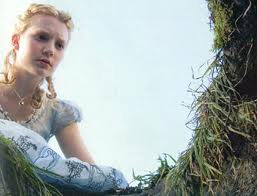 I feel as if I’m in a bizarre Wonderland that is unfortunately called the political reality in America! The faster I run towards devouring new information about the negative health effects of glyphosate (the active ingredient in Roundup Ready (RR) herbicide) and GMOs, the more I’m frustrated by the continuing attacks on our body politic by Monsanto and their minions.

It certainly doesn’t help that they’re receiving continual support from both the Environmental Protection Agency (EPA) and the Food and Drug Administration (FDA) charged with protecting our health and well being.

Glyphosate is the world’s most popular herbicide with over 1.6 billion pounds of the chemical alone applied to US soil in 2007. It is designed to kill ALL but genetically modified RR plants, the lion share being GM corn, soy, sugar beets, cottonseed and canola. While Monsanto (maker of the RR) and the FDA have considered it “minimally toxic” to humans, an expanding body of biomedical research indicates otherwise.

NEW FINDINGS ABOUT GLYPHOSATE (everything is connected)

Just a few days ago I read two articles discussing a new report published in the peer-reviewed journal Entropy (authors Samsel and Seneff) explaining the documented effects of glyphosate and its ability to induce disease.

Glyphosate works by shutting down a necessary process of protein synthesis in all plants and micro-organisms called the Shikimate pathway. Roundup Ready GMO plants have been genetically engineered to survive using an alternate protein synthesis pathway. (It’s also why, unfortunately, healthy organisms and bacteria in the soil applied with Roundup are also destroyed.)

However, over the last decade it has become increasingly clear that we exist only because we live in symbiotic relationship with billions of bacteria. (You may have been brought up to believe that bacteria are to be feared, but the vast majority are helpful and necessary. In fact, the good ones help keep the bad ones at bay.) How significant is this relationship?

For every human cell in your body, you have 10 bacteria in and on you. And if you were to break down your human DNA and all the bacteria DNA, only 1% would be human. In other words, “you” are mostly bacteria, and without them, there is no you. So the health of your bacteria, particularly those in your gut “…which you depend on to synthesize vitamins, participate in our immune system homeostasis and gastrointestinal tract permeability…” (Samsel and Seneff) are crucial to your health and well being. But because glyphosate affects the Shikimate pathway in all micro-organisms, your gut bacteria are also under attack in the presence of glyphosate.

Another danger, as presented in the latest research, is that glyphosate also inhibits a large and diverse group of enzymes (the cytochrome P450 (CYP) family of enzymes), essential for detoxifying foreign chemicals in our bodies. (These foreign chemicals, called xenobiotics, are any chemicals, such as antibiotics, not normally produced by, or expected to be present in, an organism. They also include the chemicals that did not exist in nature before humans created them. Deactivation and removal of xenobiotics occurs mostly in the liver.)

GLYPHOSATE, WHERE ART THOU?

How does the glyphosate reach our guts? When it’s applied in the field, all plants – weeds and Roundup Ready crops alike – absorb the chemicals. Thus residues of glyphosate are found in the main foods of the Western diet dominated by GMO sugar, corn, and soy ingredients now comprising over 70% of what’s found in the average supermarket. Of course, these foods are unlabeled as GMOs. According to the authors Samsel and Seneff, glyphosate residues, through “…a combination of gut dysbiosis, impaired sulfate transport, and suppression of the activity of the various members of the cytochrome P450 (CYP) family of enzymes… enhance the damaging effects of other food-borne chemical residues and toxins in the environment to disrupt normal body functions and induce disease.”

In other words, it’s not that the glyphosate residues are directly injuring us, but through their effects on our gut bacteria, glyphosate enhances and enables the damaging effects of those chemicals and environmental toxins you may be exposed to. “(The) negative impact on the body is insidious and manifests slowly over time as inflammation damages cellular systems throughout the body.” In this way it’s being linked as a contributing factor to diseases associated with a Western diet as far-ranging as inflammatory bowel disease, gastrointestinal disorders, obesity, diabetes, heart disease, depression, autism, infertility, Parkinson’s disease, liver diseases, cancer and Alzheimer’s disease.

According to yet another researcher, Dr. Nancy Swanson, “More and more studies have revealed carcinogenic and endocrine disrupting effects of Roundup at lower doses than those authorized for residues found in Genetically Modified Organisms.” This is resulting in “…neurological disorders (learning disabilities (LD), attention deficit hyperactive disorder (ADHD), autism, dementia, Alzheimer’s, schizophrenia and bipolar disorder)…” as well as “…reproductive problems: infertility, miscarriage, birth defects, and sexual development. Fetuses, infants and children are especially susceptible because they are continually experiencing growth and hormonal changes.”

YOU’VE GOT TO BE KIDDING!

According to Dow Chemical, Monsanto’s main GMO competitor, “Glyphosate-resistant and hard-to-control weeds have spread across our nation’s farmland [due to their evolved resistance to glyphosate]. Twenty-five states are now affected and the number of new acres infested in 2012 increased by 50 percent over the previous year. These adverse trends will continue…”

To keep up with the superweeds created by the excessive use of Roundup in the first place, Monsanto has petitioned and received approvals for increased residue levels of glyphosate for several crops. Yes, they want farmers to spray even more of their Roundup to kill the superweeds (and bring them more revenue)! Should we be surprised, as reported by GM Watch, that the EPA is proposing to increase the allowed residue limits of glyphosate in food and animal feed crops? Not when they are lackeys of the industrial/agricultural corporations! To try and keep Monsanto’s products viable, the residue levels have to increase with increased application!

And not too surprisingly, the EPA continues to conclude that “…there is a reasonable certainty that no harm will result to [the general population or] to infants and children from aggregate exposure to [glyphosate] residues…” (https://www.federalregister.gov/articles/2013/05/01/2013-10316/glyphosate-pesticide-tolerances)

Meanwhile, the FDA says our food labels must inform us as to whether our orange juice is made from fresh oranges or frozen concentrate. WTF! Don’t we deserve at least the same consideration for GMOs?

WHICH IS WHY IT’S INCREASINGLY NECESSARY THAT WE… 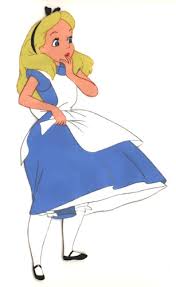 One thought on “Alice in Glyphosate Land”