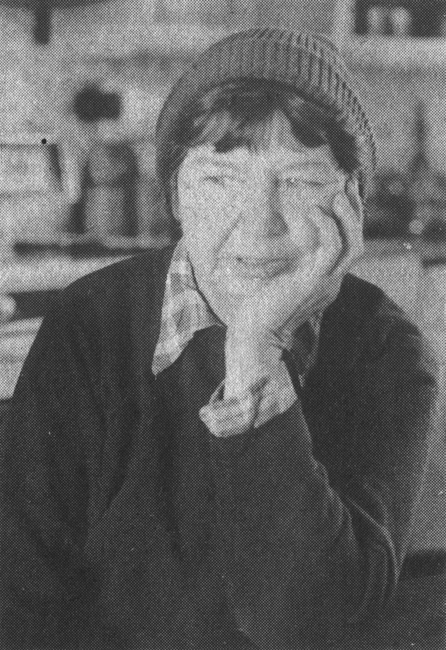 I started off the year by answering the many congratulatory cards and letters I received after my “Silver Bell” speech at South East Minnesota Sheep Producer’s Association (SEMSPA) Annual Meeting in December, 1982. Most said my talk was “highly entertaining” and/or “informative,” and there were also lots of questions to answer.

The Lamb and Wool Promotion Committee received a $475 matching grant from the American Sheep Producers Council (ASPC), Denver, based on our last year’s promotion activities. We were off to a good start, with money to do things!

Jan. 8: A tour of SEMSPA member Randy Gronseth’s innovative sheep barn renovation was covered in an article by John Ritter, of The Farmer magazine. SEMSPA was getting quite a lot of publicity in the press.

February 8, 9, 10: – The Lamb and Wool Promo Committee did a 3-day promotion at the Tri-State Electric Show, held at Apache Mall, Rochester. Our booth was manned by committee members working in 4 hour shifts. Lamb recipes, informational leaflets, and brochures were distributed and passerby interest was enhanced by serving free samples of our lamb summer sausage, which was always a big hit with the public. Many people were interested in purchasing it, so we provided them with a list of producers from whom they could buy it.

March 5: The Farmer magazine ran an article by John Ritter on my creative marketing ideas for breeding stock, locker lambs, tanned lamb pelts, and lamb sausage, in order to increase my net profit per ewe.

March 15: My mature ewe group began lambing. Soon the barn was so full that there was no room to set up more lambing pens, so I moved the 19 two-year old ewes up to the South end of the granary. With lambing going full tilt in both groups, I had my hands full! There was only enough room for 3 lambing pens in the granary, on March 29, two of them were presently filled.

I came up from the barn to make a late night check on the two year old ewes and found #146 starting labor. This was one of the first bunch of 1/4 Finn blood ewe lambs born in 1981, and was a twin out of “Bluebird,” a triplet, who was my highest producing ewe. She also possessed the proclivity to produce almost exclusively ewe lambs, which we never had too many of. So I was expecting at least twins from this two year old, but quite possibly triplets.

I was staying put to see the outcome. However, in the back of my mind was the fact that I had to get Sean to town by 4:00 a.m.to meet a bus, which was leaving on a 5-day band trip. It was already well past midnight, so that added to the tension.

After a half hour or so, the first lamb was born normally. It was fair-sized, although somewhat smaller than the usual birth, so I now thought it more likely that this would be triplets. Soon a second lamb was born, the same size as the first born. At this point, one of the two ewes in the pens decided to disown one of her twins, and began battering it quite violently. I needed to restrain her, so I ran down to the barn to get a rope to tie her with.

When I got back with the rope, #146 had dropped her third lamb, but it was encased in a fairly tough rubbery sac which did not break open, and the lamb was dead. I was feeling quite bad about losing a triplet lamb, whether I could have saved it or not, but I tied up the trouble making ewe so she couldn’t damage her lamb, and then turned my attention back to #146.

She was still cleaning her two surviving lambs, but was intermittently lying down and straining, and soon she delivered a fourth lamb! I was so excited, but also nervous, as by now it was past 2:00 a.m. I knew my time was limited, and the ewe did not seem to be done lambing yet.

Finally, a fifth lamb was born! All four survivors were strong and lively! I hung on a while longer, until she passed the afterbirths, then got her penned with her lambs, brought her hay and water, and flew to the house. I got Sean to the bus on time! It was not “just another night in the lambing barn,” this was special!

March 30 through April 1st: The Agri-News show was on in Rochester, but I did not make it there until the final day. The members of the committee were handling it well. We had gotten a cut rate of $100 on a $200 booth, as long as we were serving the lamb sausage samples, and over 15,000 were served in the 3 days. Agri-News also allowed us to sell the sausage this year, as long as it was weighed, wrapped, priced, and taken home, so it was not competing with food vendors at the show.

We sold over $500 worth, and what was not sold there, was sold at SEMSPA’s July meeting for another $200. We had also sold raffle tickets on a tanned lamb pelt donated by North Central Wool Marketing, and sold other items like T-shirts, note pads, cook books, etc., for a total of $1,250. The freight bill for returning the booth display to Denver for the two shows was $91, which led us to the decision that it was time we made our own booth display.

June 19: Lisa and I attended a celebration in Wayzata, MN, hosted by Anne and Charles Leck and Garrison Keillor, to honor the publication of Ron Parker’s The Sheep Book. A very festive event! I got my copy of the book, signed “To Lea, with my very best wishes.” I had met Ron the previous year at the Silver Bell Award in Pipestone, when he did an interview for the MN State Sheep Association’s newsletter, so we were friends.

During the summer, my Mom passed away, at the age of 91. She had been able to be in her own home, although confined to a wheel chair, until shortly before her death, when she was moved to a nursing home. We mourned her passing, but we took much solace in knowing ahe had lived a long and fascinating life, with a huge family of 10 children, 54 grandchildren, myriad great grandchildren, and great-greats.

She had written poetry all her life, and in recent years published a book of her poems about the Crooked Creek Valley she lived in, and had taken up painting. Many articles had been written about her poetry and paintings. She was one of my fiercest “Scrabble” opponents, and we many times played long into the wee hours, until I protested I had to go home and get some sleep before chore time, but she would say, “Oh, you can stay for just one more game!”

November: A new project for our committee this year was sponsoring a contest for a SEMSPA “Lamb and Wool Princess.” Our winner was Krista Mueller of Northfield, MN. She was our candidate at the state association, the MN Lamb and Wool Producers “Lamb and Wool Queen” contest in December. She was also the winner there, and was an excellent representative for the MN Sheep Industry the following year.

Another SEMSPA activity during these years was the regional “Make it With Wool” contest, which was held annually in Rochester, and was chaired by at least two different SEMSPA members, Terry Carter and Bonnie Bosma.

Fall 1983: Summing up, besides the tele-auction lambs, we had sold 22 locker lambs to individuals and 12 lambs to Pat & Mike’s Processing in La Crosse, WI, from there they went into retail stores in LaCrosse. Seventeen ewe lambs and several ram lambs were sold as breeding stock, and we sold many tanned lamb pelts and a good amount of sausage.

Although we had many good and exciting events in our lives during the past year, there were times of sadness. Near the end of the year, during a fierce blizzard, our beloved old pony suffered a stroke, could only drag his rear legs, and we had to have him put down. It was during Christmas vacation, so Lisa was home from college, and though this was a heart break for the whole family, it was especially tough for Lisa. It was a very sad end for such a wonderful pet, but we all have our fond memories of him.

2 thoughts on “Voices From The Farm: Sheep Raising Adventures – and Misadventures”