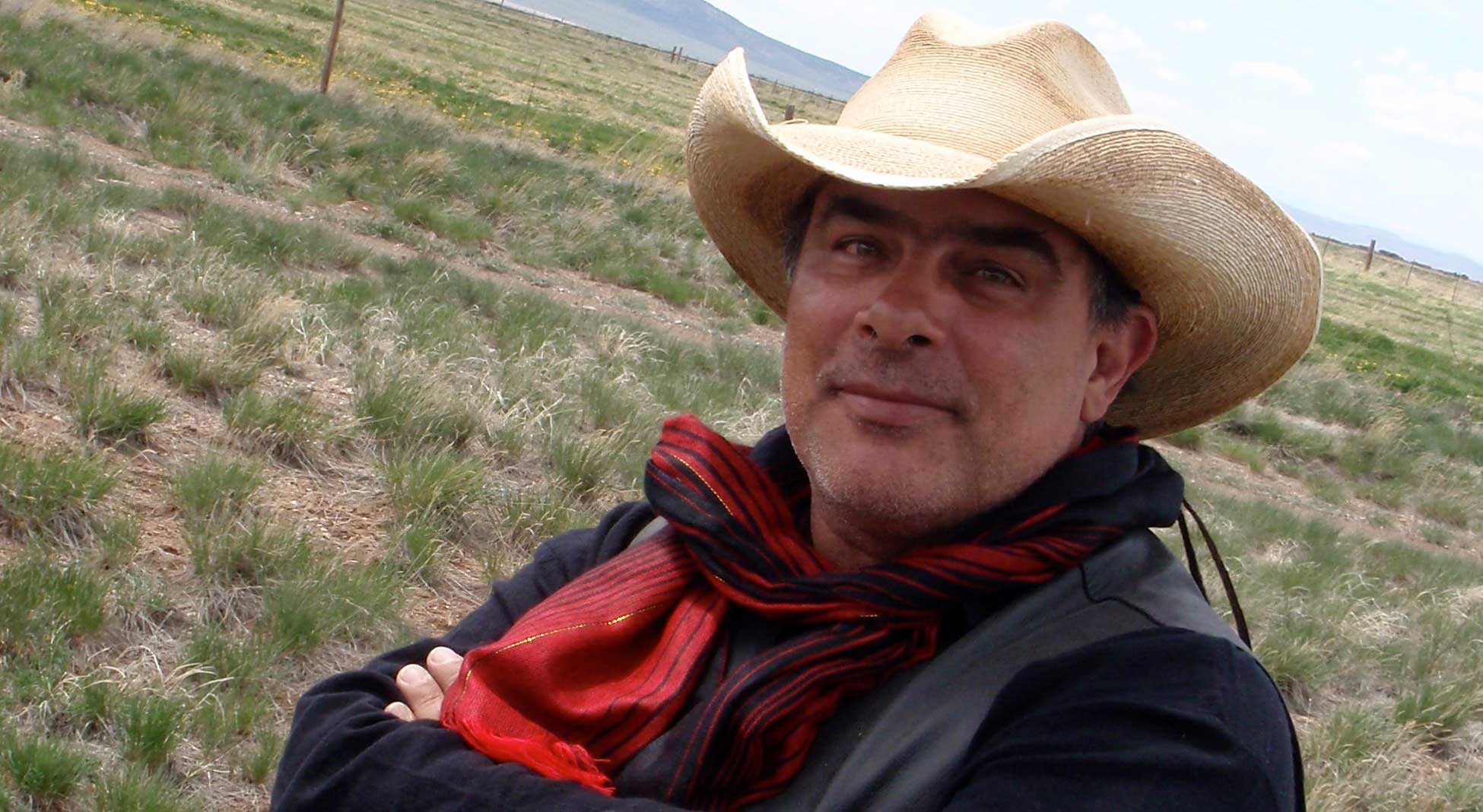 For the past two years we have been tracking the voracious land grab that is unfolding across much of the two-thirds world including Africa, Asia, and South America. These new enclosures are a destructive force associated with the plague of globalization and its marshaling and disciplining rationale of neoliberalism with its panacea of free trade and privatization.

There are many forces at work in this process and recent conferences have highlighted the usual suspects including the World Bank (WB). A recent report in the British daily, The Guardian, succinctly describes the problem:

The World Bank is helping corporations and international investors snap up cheap land in Africa and developing countries worldwide at the expense of local communities, environment and farm groups said in a statement released on Monday to coincide with the bank’s annual land and poverty conference in Washington DC.

My only objection to this type of otherwise clear and sympathetic analysis is the tendency to mischaracterize the land as “cheap” and any country that is not industrialized as “developing.” This reminds me of the same tendency that too quickly misjudges manual labor as “menial” or “cheap labor.” Neither land or labor are cheap; those definitions are matters set by political power and are not technical or necessarily accurate approximations of actual material conditions or cultural properties. For indigenous peoples the land is priceless; it is the source of their livelihoods, cultures, ways of life. The land is a relative; it is not for sale.

In most cases, especially wherever indigenous peoples have successfully inhabited their homelands against the pressures of conquest, colonialism, and globalization, these lands are indeed invaluable as repositories and sanctuaries of biological and cultural diversity – the sources of the true wealth of the planet.

The Guardian reporters, like most Western liberals, misspeak when characterizing African lands as cheap. Just because neoliberalism cheapens the market value of the land does not mean it has been accurately valued. Capitalists, like the Utopian socialists, as Marx rightly noted in The Grundrisse, know the price of everything and the value of nothing.

It is easy to imagine the rest of the usual suspects behind this land grab: Transnational corporations are of course the principal force driving the new enclosures. Oil companies are certainly part of the land grab as are agribusiness, mining, timber, and certain manufacturing interests. These are all usual suspects.

However, the new enclosures have some relatively new players: Private and even some public universities from the United States and other Western countries. A study reported in The Guardian reveals that “Harvard and other major American universities are working through British hedge funds and European financial speculators to buy or lease vast areas of African farmland in deals, some of which may force many thousands of people off their land…”

The study was done by the California-based Oakland Institute, which identifies the hedge fund manager as Emergent. The hedge fund’s clients in the U.S. may have invested up to $500 million in some of the most fertile land with the expectation of a 25 percent return on their investments. According to the study, London-based Emergent, which operates one of Africa‘s largest land acquisition funds, is run by former JP Morgan and Goldman Sachs currency dealers. 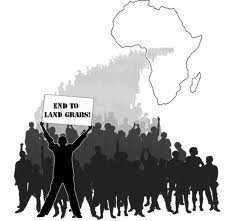 We will continue to follow this story as it unfolds. There are growing social movements to thwart and perhaps reverse these enclosures. A central critical problem these movements seek to address is that the land grab undermines the prospects for African countries to attain food self-sufficiency.

The non-governmental (NGO) sector, affiliated with local civil society groups in Africa, is leading these movements but the efforts have been repeatedly frustrated by the willing and unwitting complicity of governmental actors. According to reports coming out of the recent Rio + 20 gathering, NGOs were disappointed that the issue of the land grab in Africa was not sufficiently addressed.Those in attendance stated that “the acquisition of large tracts of African land by foreign corporations was contributing to further deforestation of valuable nature reserves.” Representatives of African NGOs were therefore appealing to the participants at the Rio +20 to take appropriate measures to stop land grabbing, but no concrete action plans were agreed to.

In the United States context, perhaps we need new strategies akin to the anti-apartheid movement that several decades ago pressured many universities to divest their holdings in companies doing business in South Africa? We need a movement that pressures Harvard and the rest of the universities to divest themselves of these lands and return them to their rightful stewards. We need to demand a commitment from private and public universities to cease these enclosures and instead invest in the renewal of local food systems and ecological restoration to build a sustainable basis for solidarity economies.

The third of the Principles of Environmental Justice “mandates the right to ethical, balanced and responsible uses of land and renewable resources in the interest of a sustainable planet for humans and other living things.”

The twelfth Principle of Environmental Justice “affirms the need for urban and rural ecological policies to clean up and rebuild our cities and rural areas in balance with nature, honoring the cultural integrity of all our communities, and providing fair access for all to the full range of resources.”

The land grab in the two-thirds world violates both of these principles. It is way past the time for civil society to make this a major priority: The future of Africa hangs in the balance and as Africa goes so too goes the rest of the world.

As we can see from the map below, the land grab is shifting production away from crops destined for local consumption and toward crops that are for export or the production of bio-fuels. In the meantime, more Africans go hungry and malnourished. The land grab is obviously a threat to African food sovereignty and autonomy.

This map, based on the work of the United Nations Food and Agriculture Organization (FAO) presents key aspects of the land grab as it is unfolding across Africa. 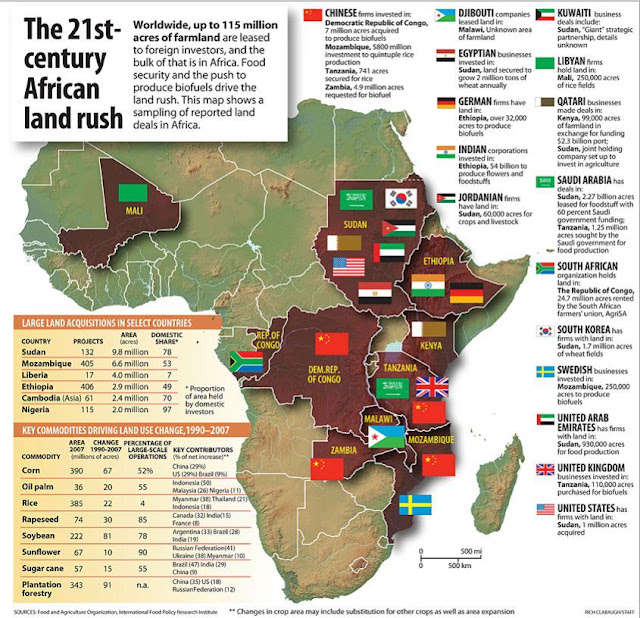 2 thoughts on “Mapping the land grab in Africa”