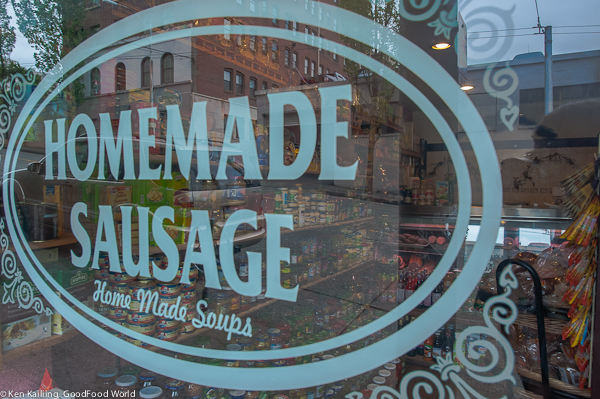 (Take a virtual tour of George’s Sausage and Deli here.) 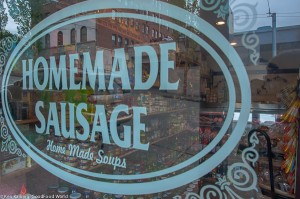 Near the top of what is fondly called “First Hill” in Seattle, is an unpretentious delicatessen that wafts scents of smoking sausages into the air surrounding a slightly grimy street corner.

Inside George’s Sausage and Deli is a cozy shop filled floor to ceiling with imported pickles, jams, crackers, and cookies tucked around a massive deli case full of fresh and smoked meats, cheeses, and salads. Imagine Christmas morning with brightly colored packages of food piled around the tree!

You might find a similar shop in Sopot, Poland, where Janet and George Libzberski’s families have their roots. On the coast of the Baltic Sea, Sopot dates from the 7th century and has long been a tourist destination, even for Wilhelm the Second, Emperor of Germany, in the early 20th century.

Today’s thoroughly modern small city was very different in the 1930s when Janet’s grandmother – an American – left Poland ahead of the Nazis to return to the United States in time for the Great Depression. 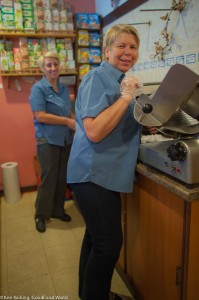 Just as different was the Sopot of the 1960’s Soviet Union when Janet’s mother and her seven children followed to the US. Janet was just 18, not even out of high school, yet too old to finish in Connecticut where they moved.

She met and married George and his career took them to Seattle when he joined the Boeing Company. Life was simple until Boeing laid off 50,000 workers in 1970-71. Unemployment was 17% and George and many of his friends were laid off.

It wasn’t until the early 80s when interest rates stood at more than 20 percent, inflation was in double digits and unemployment was the highest it had been in years, that George and Janet decided the time was right to open a Polish deli. Certainly not many would have chosen 1983 as the year to launch a business – especially in Seattle.

“We had friends who were still unemployed so when we found a vacant storefront on Madison Street, they helped us remodel it and build out the deli and kitchen,” says Janet. “We didn’t have the $50,000 we needed to start the business, so we put the house up to get the loan. We paid 21% for our business loan.”

In the beginning both worked in the shop, then George went back to work at Boeing and Janet took over the shop alone. A mother with a 7-year old daughter and a 4-year old son, Janet worked long hours, every day. When asked how she did it, Janet says, “It was hard. I sent them to Catholic school because I knew the nuns would take good care of them. And they turned out perfect!” 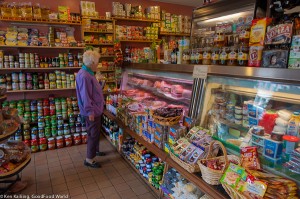 A stickler for quality and authenticity, Janet buys many of her grocery items from Poland. But when it comes to bread and sausage, she is especially particular. Most of her bread is from a bakery in Vancouver BC, and she gets authentic German rye that is flown from Germany twice a week and delivered by the same Vancouver baker.

Perogies and pastries are flown from Chicago, where a large Polish population settled in the late 19th and early 20th centuries. Today the Chicago area has a Polish-American population of 821,000, including recent immigrants and persons whose grandparents or great-grandparents emigrated from Poland to Chicago.

Why import all these baked goods? Janet is smiling yet blunt; “There are no good bakeries in Seattle. I can’t buy poppy seed cake here. No one can bake the kind of rye bread I need.” 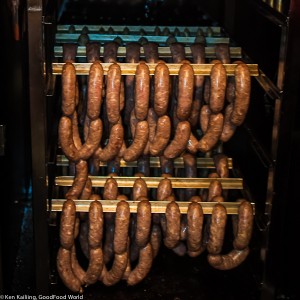 And when it comes to deli meats and sausage, there is no substitution. George’s Sausage and Deli has its own smoker in the back of the shop where pork sausage and pork shoulder are cured. About a dozen types of meats are smoked, cured or jellied in-house, including kielbasa, Canadian bacon, three kinds of ham, pork shoulder, and kabanosy. Janet has a very special recipe for headcheese – a special terrine made of meat from the pig’s head: cheeks, jowls, and tongue in aspic.

Two very special sausages – one fresh and one smoked – were on the menu the day we visited. Both made on site from very simple ingredients without added chemicals, artificial flavorings, or preservatives. The smoked pork sausage has been a favorite of George’s customers for years, but a newer offering – fresh chicken sausage – is a healthier alternative. Made with only chicken, apples, leeks and basil, the chicken sausage is mild and a satisfying choice cooked for sandwiches or sliced into soup.

Side dishes like soup – the number one seller is sausage and vegetables – and potato salad are also made in the shop and are made carefully and simply of fresh ingredients with nothing added. 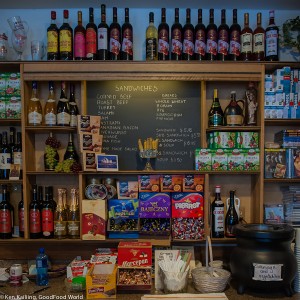 When asked what the next 10 years might bring, Janet says simply that she will be doing more of the same. She may add a new flavor of soup or sausage, but she will still be making good food for “my doctors and nurses” from the surrounding medical centers and working folks from the many offices and shops in the neighborhood.

A small business is by its very nature a family affair and as the years pass by, that family grows to include customers of all kinds from around the world. “I love what I do,” Janet is quick to say. “I love to cook and I love to fix food for large groups. I can put together a party for 50 in just a couple of hours. No problem!” 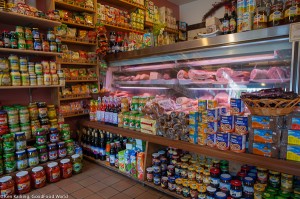 And if you look around your community and your city, you will find any number of small businesses – restaurants, doctors’ offices, nail salons, grocery stores, bakeries – whose owners hail from overseas. It is the creativity, tradition, and sharing that these small businesses contribute to support a diverse and thriving business community.

The over abundance of franchises found in so many US towns and cities, stifles quality and creativity and the “franchising of America” has resulted in a loss of the sense of place. It doesn’t matter where you go, every place looks like every other place.

While some may question the cost – economic and environmental – of transporting bread from Germany, that very demand could encourage new immigrants to open local bakeries to produce the products that Janet needs.

We give George’s four thumbs up! It’s clear that Janet’s sausages are something you should not miss out on. Find them at George’s Sausage & Deli, 907 Madison Street, Seattle WA. If we had more thumbs, we’d turn them up too!

The Small-Mart Revolution: How Local Businesses Are Beating the Global Competition, by Michael H Shuman

The Mom & Pop Store: True Stories from the Heart of America, by Robert Spector