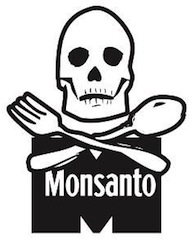 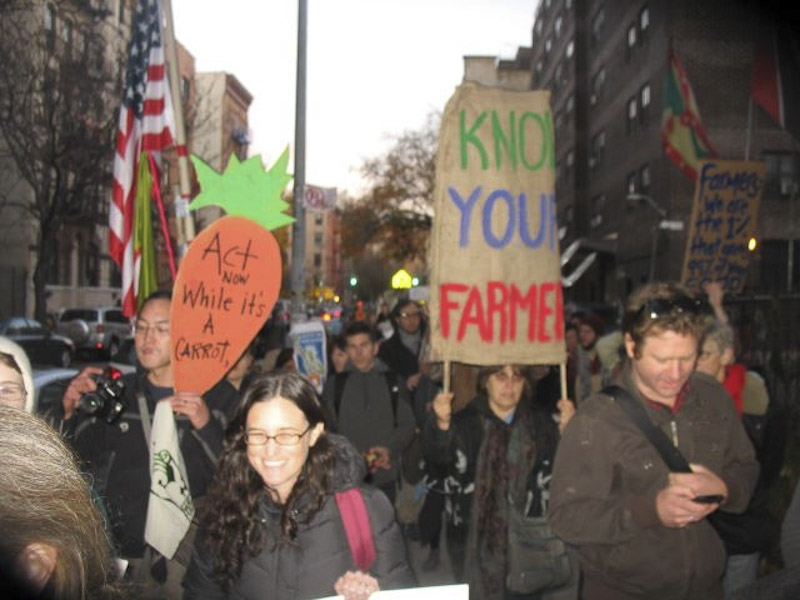 Last Thursday evening I attended a GMO panel discussion at CUNY School of Public Health at Hunter College called GMOs and Eco-labels: Getting More of the Story. Four distinguished panelists shared their knowledge from the front lines in battle against both Monsanto and the FDA about consumer right to know.

I was left with an overwhelming feeling of gratitude to these and others who have the passion and commitment to stay in the fight on the public’s behalf. We are in battle, make no mistake about that. Those of us who are awake to the GMO War are desperately needed to speak out – persistently – to not only help ourselves, but the countless others who are as yet, uninformed and being drowned in this tsunami’s monstrous wake.

Here are three takeaways from the panel discussion I want to share with you.
.

#1. For Risk Management – Just Label It!

I always considered the labeling issue just a straightforward matter of transparency and trust. I believe it’s our right to know what’s in our food at the time of purchase. You want to put junk and chemicals in my food – just let me know so I can make an informed decision, to buy it or not.

But what would you do if your child had an allergic reaction or went into anaphylactic shock after eating something? You’d sure want to know what they ate and would start your detective work there, looking to the labels of the packaged and processed foods they may have consumed for all ingredient information. (Quite possibly the GMO ingredient could even have been injected into a tomato.)

However, if an ingredient isn’t identified as a GMO, it wouldn’t be traceable. No evidence of it exists.  I never considered ingredient labeling from the point of view of risk management and epidemiology! Without it, how could we as individuals and a nation possibly track health problems if they arose?

It is now globally accepted that a major food safety concern for GE (genetically engineered) plants is allerginicity. But get this, according to Michael Hansen, Ph.D., Senior Scientist at Consumer Reports, in his letter to the AMA Council on Science and Public Health, Reasons for Labeling of Genetically Engineered Foods (March 19,2012) writes:

In 2001, the report of a Joint Food and Agriculture Organization/World Health Organization (FAO/WHO) Expert Consultation on Allergenicity of Foods Derived from Biotechnology, held at WHO headquarters in Rome, laid out a detailed protocol for evaluating the allergenicity of GE foods.   None of the GE crops, including GE corn, on the market in the U.S. have been assessed using such a protocol. (My italics)

It seems unconscionable that such blatant refusal of world protocols can exist in the US, or does it?
.

#2. Monsanto talks from both sides of its mouth, with stunning results on both sides.

GMO panelist Daniel Ravisher, Executive Director of the Public Patent Foundation (“PUBPAT”) laid the situation out in a nutshell.

Monsanto is a chemical company that was previously responsible for introducing to the world Agent Orange, DDT, PCBs and other toxins. Monsanto is now the world’s leading proponent of transgenic* seed and holds many patents relating thereto that it has aggressively asserted against literally hundreds of farmers, including those farmers who became contaminated by Monsanto’s transgenic seed through no fault of their own.

* Transgenic means to introduce the genetic code of one species into another. Transgenic plants are sometimes referred to as “genetically modified (GM)” or “genetically engineered (GE)…” http://www.pubpat.org/assets/files/seed/OSGATA-v-Monsanto-Complaint.pdf

On the patent side of their mouth

Fact: On the back of its seed bag, above Monsanto’s health warning, sits its even larger patent infringement warning!

Fact: To date, Monsanto has sued 144 farmers for patent infringement. This doesn’t take into account  how many lawsuit threats Monsanto has made but has been kept private because bullied and frightened farmers settled out of court.

Fact:  Under the Declaratory Judgement Act, it is legal to preemptively sue someone if you think someday they will sue you.

On the FDA side of their mouth

Fact: Monsanto manages to block Government regulations with the revolving door that exists between Monsanto and US regulatory and judicial bodies making key decisions. “Justice Clarance Thomas, a former Monsanto lawyer, was the one who wrote the majority opinion on a key Monsanto case. Michael Taylor once worked for the FDA, later represented Monsanto as a lawyer, then returned as the FDA’s Deputy Commissioner for Policy when rBGH was granted approval.”  Organic Consumers Association

I cannot emphasize this enough. It is all too easy to become paralyzed and disheartened, but the reality is WE, the PEOPLE, the CONSUMERS, have SO MUCH MORE POWER than we realize. We can refuse to buy in. Admittedly, Monsanto has access to media propaganda and press relations at the top of the ladder. Therefore, as Ravisher pointed out, we must galvanize from the bottom up, through educating people and changing our behavior. Our actions count because a disgruntled and wary public will affect their bottom line.

It’s easy to forget that every time we unwittingly purchase a product that has an imbedded “shapeshifter” GMO ingredient, we are voting YES to Monsanto, and harming our planet, the animals we eat, the food they provide us directly or indirectly, ourselves and our children.

Remember, every non-GMO food purchase is a vote to help our planet.

Because of the above, Think globally/Act locally :

Both local and global actions are necessary and affect each other in lockstep proportion. Each one of us makes a difference, and with this in mind, I left the conference with gratitude and deeper conviction.

2 thoughts on “It’s GMO War: The Monopoly vs. the People”