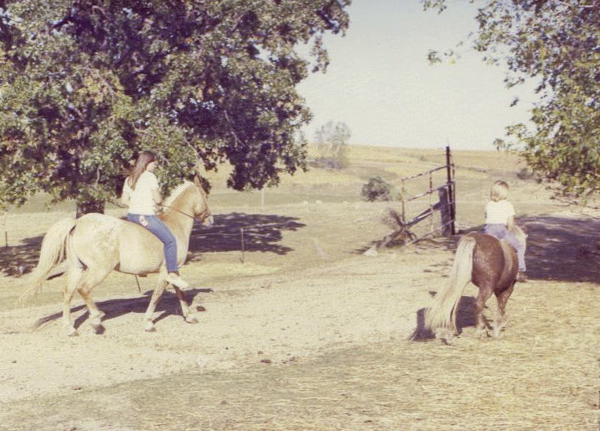 1976 – Early April
Lambing, as always, was stressful, but out of 64 lambs born we lost only three. That was just under 5%, which was considered quite an acceptable loss to most producers. It was not acceptable to me! I had a dream of a year when no lambs were lost.

At shearing time the price of wool had finally risen to a decent level. With the new clip, and those of the two previous years, I had over 1500 pounds of wool, so I knew I had a good bargaining chip. The local wool buyer offered 66 cents a pound, but I was aware of North Central Wool Marketing in Minneapolis. From watching the sheep news, I knew they had annually purchased the clip from a flock of fine wool Corriedale ewes in our area. I still had a good number of Corriedales shearing an average fleece over 20 lbs, and the Corriedale/Columbia crosses also had very nice fleeces averaging nearly 15 lbs.each.

I decided to phone Dick Boniface  who headed up North Central. When I described what I had, and what I had been offered locally, he definitely wanted to acquire my wool, and told me to tell the local buyer to give me 70 cents a lb, and he would then deal with them. So, I got over $1,000 up front, the government’s wool incentive payment added another $200, and I netted over $1,200. I still delivered the wool to the local buyer, but got an extra $60 just by making a phone call.

As summer came on it turned very hot and dry. We were glad to have as many pastures as we did, but even so, by early August with more than 100 head on pasture, the situation was pretty bad. We still had the second rotation of the alfalfa pasture left to graze, but we soon lost two yearling ewes to bloat, in spite of bloat guard and caution about when and how long they were in the pasture. It was scary turning the sheep into it, but there was nowhere else to go at that point.

A small lot of about a dozen of the earliest lambs were ready for market in mid-August. I had been concerned that with the stressed pastures, the lambs might be light this year, but these were the heaviest we had ever raised. The rest of the male lambs would be ready to market in another two weeks, and with the pasture situation being what it was, I would be happy to see them go!.

We acquired a new puppy during the summer. She came from a neighboring farm, and was half Saint Bernard, half Norwegian Elkhound. Her mother, a huge Saint Bernard, was very mellow, but unfortunately was something of a tramp, and loved to wander around to neighboring farms. She never caused any problem at our place, so we did not mind her frequent visits, but apparently someone else did, as she was eventually shot by a person who did not want her coming on their place. Sad, as she was really a very nice dog, but just had the “wanderlust.”

We called her puppy Brindy, and she turned out to be a lovable pet, as well as an excellent protector of the sheep flock. This was quite timely, as the first coyotes were appearing in our area, so we knew we would be having problems before too much time passed. We had always had a good population of red fox around, but when the coyotes moved in the foxes disappeared. I would have much preferred to keep the foxes!

Sadly, we had to say goodbye to “Sure to Go” that year. At eleven years of age, she was otherwise in good health, but she suddenly went completely blind and was no longer able to find her way in, or out of pastures. We hated having to part with her, she had been with us from the beginning of the farm, and had given us eleven sets of twin lambs, starting with Seth and Sheba, her first lambs.

Gardens were suffering from the prolonged drought. Still, with some judicious watering, they survived, and we gathered enough surplus to preserve a decent amount for winter, but it was not the bountiful harvest we were used to. The orchard trees were less affected by the drought, and though it was not the bumper crop of the previous year, it was still a fairly good crop.

1976 – September
School started, and Sean headed off to his first day of school! He had been looking forward to it for quite some time. Lisa had already been involved with band practice for weeks, as they were preparing for their trip to the Minnesota State Fair. She played the tenor saxophone in band, and was also taking organ lessons. With marching band, concert band, and jazz band practice, her music was about to nose out her horse for first place in her life.

November
I had been having a running battle with my ornery ram for the past month during breeding season. I spent a good amount of time perched atop tractors, trucks, fences, or anything that would provide an escape from him. Now it was time to get him put back in his pen and, when that was finally accomplished, I could breathe a sigh of relief and find doing my chores a lot more pleasant.

December
Lisa, Sean, and I went up in the windbreak and harvested our Christmas Tree. It was the largest we’d ever had, and seemed to take up about a third of our living room. We had to saw a few feet off the bottom just to get it into the house.

We would have a supply of Christmas trees for a good many years to come, as when I was planting the windbreak, I would stick in an extra tree now and then, wherever I noticed a tree from a previous year that looked as though it might not survive. More often than not, both trees survived and in a few years there were two good sized trees where there should be only one, so one needed to be removed. It was a ready made source of Christmas trees until they all outgrew our living room.

2 thoughts on “Voices From the Farm – Selling the Wool, Drought Conditions, A New Puppy, Farewell to ‘Sure to Go’”