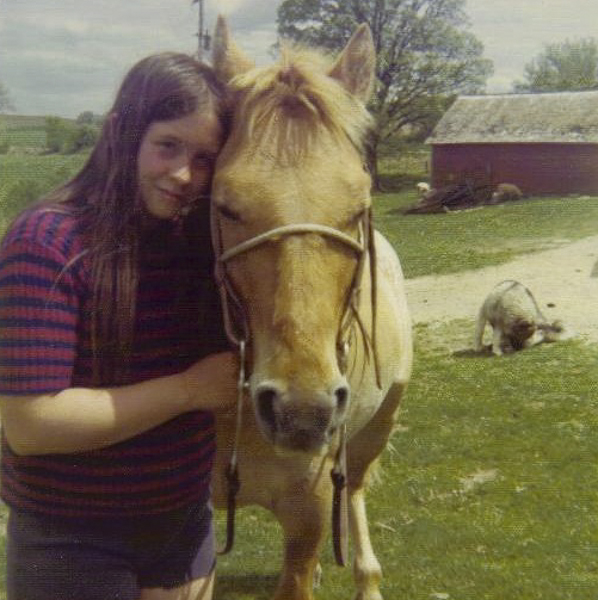 For some time I had been considering how to improve my pastures, and where to start. The native grass pastures had been adequate up to now, but the sheep flock was growing and the pastures were not producing much growth after the first spring flush.

I was renting my cropland to two young nephews, beginning farmers, and in 1973 I had them seed down one of the smaller pastures to alfalfa with a nurse crop of oats. The oats were harvested in late summer, and a later cutting of alfalfa produced enough hay to feed our sheep for the winter.

By late spring 1974, the sheep had grazed through the native grass pastures and the new alfalfa pasture was ready to be grazed next. It was lush, and I was worried about the possibility of bloat when the sheep were first turned into it. I knew better than to put them in before the dew had been well dried off, and they had been grazing the old grass pasture in the morning, so I felt they were fairly safe. Still, I was worried enough that I went to town that morning and purchased a “bloat needle” from the vet.

The perimeter of the pasture was newly fenced, but there was no way for me to restrict them to a small area, which would have been much safer, as they then would have had to graze the whole plant, but with access to more pasture, they would, of course, graze the lush tops and keep moving on. This was before lightweight portable fencing for sheep became available, so my best bet was to only allow them a short time in the field.

I thought fifteen minutes should be safe enough. After turning them in, I went up the hill to the house, planning to check them every few minutes, but even before ten minutes had passed one ewe was down. I raced back down the hill, but she was already dead. Quite a few others were badly bloated and four more had died by the time I got the flock out of the pasture. Jerry was watching all this from the yard and I shouted at him to call the vet.

As they started up the hill toward the barnyard, another ewe went down. I had the bloat needle in the pocket of my jeans, I quickly pulled it out and stuck her in the left side at the high point of the bloat to let the gas escape. It came rushing out and for a minute or she began to breathe a bit, and I thought I had saved her, but the needle plugged.

I removed it and tried again, but this time it quickly plugged and she died. Unfortunately, I had the needle, but I did not have the cannula needed to keep the incision open so the gas could keep escaping. I was familiar with bloat, as a child I had seen my grandfather save a cow that was down with bloat by making an incision in the rumen, so I at least had some idea of what was required.

In foamy bloat, such as from alfalfa or clover, gases form quickly in the rumen, which is on the animal’s left side, and the rumen becomes so distended that it compresses the lungs. If it is not relieved quickly, the animal dies of suffocation. An incision should be made at the high point of the bloat, between the front of the hip bone and behind the last rib. A cannula should then be inserted to keep the incision open and allow the gases to escape.

By the time the flock neared the entrance to the barnyard, the veterinarian’s truck was turning into our driveway. It was quite unusual for him to arrive so quickly, and I felt an enormous amount of relief as I knew he would have bloat medication, which could save more sheep. My relief was short lived however, when the vet did not have a drench gun to administer the anti-bloat liquid, and resorted to pouring it down their throats, thereby drowning two more sheep. At this point, I recalled my mother telling me about putting salt in an animals mouth to make them chew and hopefully belch out gas, so we tried that, and also inserting a stick crosswise in their mouth to make them chew, and also belch. We also kept the sheep moving constantly, and we did not lose any more, but we had already suffered a terrible toll of eight dead sheep.

Earlier in the spring, Lisa had finally gotten her longed for horse. She had outgrown her pony, and was begging for a horse for quite some time. Finally, despite Jerry’s misgivings, I bit the bullet and went horse hunting. We settled on a two-year0old Appaloosa gelding. Sundance was beautiful and high spirited, but so was his rider, and it turned out to be one of the best success stories of all time! They were a great team, and spent many wildly happy hours that summer, racing across hay fields, with Grey Brother, the Elkhound, at their heels.

Sundance also turned out to be quite a blessing when it came to the task of getting all the dead sheep moved to a point where the much detested, but necessary rendering truck could pick them up. We tied one end of a long rope around the saddle horn and the other end around a dead sheep, right behind the front legs, and Lisa and Sundance pulled them, one at a time, up the hill from the pasture to the driveway, where the rendering truck could load them. It was not a pleasant task, by any means, but it did get accomplished, thanks to willing helpers!

2 thoughts on “Voices From the Farm: Greener Pastures?”