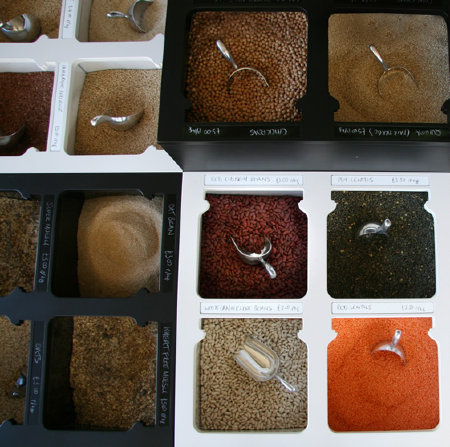 Austin, Texas is already home to Whole Foods, but that won’t stop a group of entrepreneurs from founding a new grocery store right in the natural food behemoth’s backyard.

While the new store – In.gredients – will also specialize in local and organic ingredients, there’s one major difference between this venture and its hometown competition: In.gredients promises to be the country’s first ever “package-free, zero waste grocery store.”

The idea is so simple, it’s surprising that no one in the United States has implemented it yet. (The United Kingdom, on the other hand, got the bulk food-only Unpackaged in London last year).

Just like many people bring tote bags to the grocery store, shoppers at In.gredients will be encouraged to bring their own containers to pack up items like grains, oils, and dairy. If a shopper doesn’t have his own containers, the store will provide compostable ones.

It’s as if the specialty bulk food section rebelled and took over the rest of a traditional grocery store. In.gredients will replace unhealthy, over-packaged junk with local, organic, and natural foods, and moonlight as a community center with cooking classes, gardening workshops, and art shows on the side.

Don’t you just love it?