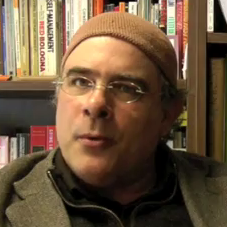 Devon Peña – teacher, farmer, anthropologist – talks about food sovereignty and producer ethics. He is part of a co-op of 52 farmers in the San Luis Valley of Colorado who raise grass-fed beef and heritage corn and beans.

About Devon Peña
A lifelong activist in the environmental justice and resilient agriculture movements, Devon G. Peña is a Professor of American Ethnic Studies, Anthropology, and Environmental Studies at the University of Washington in Seattle. He also works on the family’s historic acequia farm in San Acacio, Colorado.