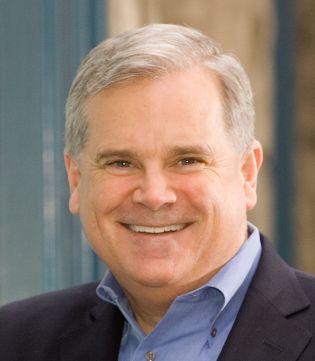 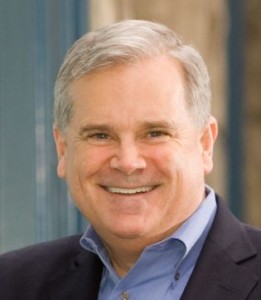 We recently spent some time with Bill discussing food and food safety. Following is a condensed version of that conversation.

GoodFood World: You know, when I was growing up, we never heard of anyone getting food poisoning. Occasionally someone would get an upset stomach after a church picnic, that sort of thing. Is it happening more now or is it just being reported more? It seems like we’re hearing about food recalls and food safety scares all the time.

Bill Marler: It’s sort of “all of the above.” Lawyers love a simple solution but there are things about those questions that become complex.

One, there is absolutely no question that there are bugs out there today that are bigger, faster, and nastier than when you and I were kids.

There’s also the fact that our food has become much more mobile around the world. Bugs that would have been in South America are now in North America, and vice versa. We are now seeing certain shiga toxin-producing e-coli in the US that is predominantly Australian and European.

These bugs are the most adaptable creatures in the universe; they weren’t even around in the environments we knew in the 50s, 60s and even into the early 70s.

It’s also true that we’re better at figuring them out. Science has improved so much in the last 50 years. It was just over 100 years ago that we really understood that bacteria could cause human illness. We also have a robust public health system that tracks and shares information nationwide and worldwide. We are getting a lot more data now.

All of that makes the public much more aware of these things. When a mistake gets made, it is amplified incredibly quickly.

GoodFood World: When we talk about industrial food production and processing – and the “franchising of America” – are these contributing to the problem?

Bill Marler: An outbreak in a small location where you have a regional production facility processing spinach or hamburger would be a much smaller event than mass produced hazelnuts or cantaloupe that goes to a bunch of different states.

Sometimes we look for an easy answer; for example saying, “If we only ate local food, this whole thing wouldn’t be a problem.” It’s much more complex than that. We really don’t know.

Logically it makes sense, but I’d like to have a robust surveillance system that would help figure out whether we really aren’t poisoning more people, less people, or the same amount of people. It would be helpful to know, and we haven’t done that.

GoodFood World: You’ve been lobbying for changing and improving food safety regulations. Will tightening regulations strangle the small artisan producer? For example, would that take us to a scenario where we would see France’s 365 different artisan cheeses reduced to cheese from 3 huge, super clean producers?

Bill Marler: That’s a tough question. Regulations are not perfect, but I do come from a different perspective. I have represented families who have lost family members or whose children are forever changed because of something they ate. The question really is, “How do you prevent that from happening?” The most rational approach is to fix as much of the problem as we can.

Those of us who were pushing for the Food Safety Modernization Act, S510, all assumed that the protections in the bills themselves for small producers were clear and enough. We didn’t do a very good job of reaching out to them. Much of what the bill required was already required before.

The way the original food safety bill was designed, with the modification from the Tester amendment, gives a lot of freedom to small local producers to do a lot of things completely unregulated.

GoodFood World: Because of what you do and what you know, are you going around looking for bad guys?

Bill Marler: Yes, sometimes I see all the bad things out there. If we take a step back and think though, there are a lot of good people, a lot of good producers out there. The reason we don’t talk about them is because they’re doing just fine.

I completely understand and respect where people are coming from. The challenge for us all is to try to figure out how to get the mix right and how to get the incentives right so that safe food can be produced abundantly.

GoodFood World: Because of what you do and what you know, do you eat sushi, soft-boiled eggs and rare steak?

Bill Marler: No. Part of it is because of the kind of work I do; like being a cop, I sort of see things differently. I’m not looking for the good guys, I’m looking for the bad guys.

Because of the work I do, food has a different connotation to me than most people. My wife is a good cook and I enjoy dinners with my family, but my relationship with food is different; I probably over think it too much.

GoodFood World: I understand that you enjoy the conviviality of dining, the conversation around the table, your family time; do you ever really enjoy the food?

Bill Marler: No, I think the answer is probably not. And it’s also true that because I travel so much, I don’t consistently get good, healthy food. I just don’t spend a whole lot of time thinking about it. That said, I don’t order raw juice or raw milk, I have a well done steak, I don’t eat hamburger, I don’t eat sushi, I don’t eat oysters.

To learn more about one of Marler’s earliest cases and how it set him on the path to becoming one of the world’s experts on food safety, read Poisoned: The True Story of the Deadly E. Coli Outbreak That Changed the Way Americans Eat.