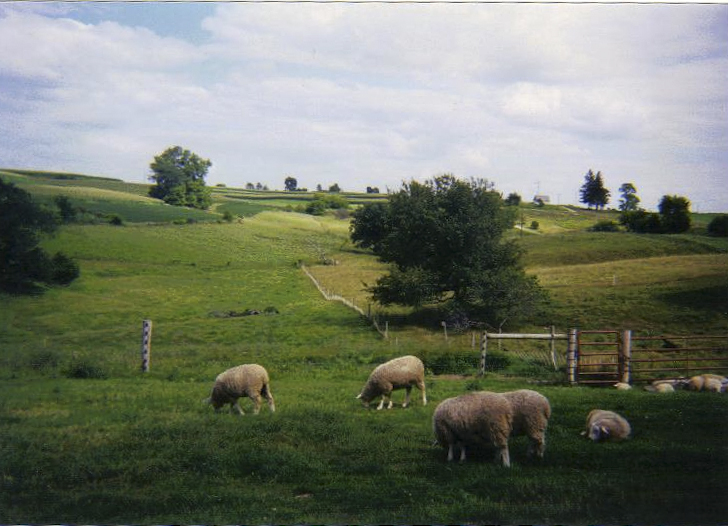 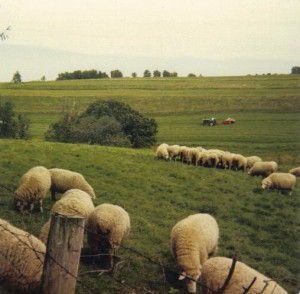 The cropland had been brought back into production this year, after several years of lying fallow. Contour strips were laid out and waterways reestablished. On the front half of the farm, about 7 acres – which was the steepest land – was taken out of cropland production and added to the pasture acres.

This was somewhat to the chagrin of our renter, who thought it bad enough that that I had taken some of the best cropland on the farm to plant a windbreak, and now I was taking more of the cropland.

I, however, never regretted it. I was determined to hold my ground, and not have it erode away due to poor farming practices. I was already thinking how I could fence below the cropland, so I could have all the acreage between the house and the highway available for future pastures.

Little did I suspect, at that early date, that not too many years hence, I would be pasturing nearly 300 sheep. However, there would be lots of changes in store before that could happen!

In summer we were harvesting an amazing amount of produce from the gardens, and the canning and freezing season was in full swing. Also in July, the huge raspberry patch was bearing extravagantly, and I was picking many quarts daily and selling them to the local grocery store. 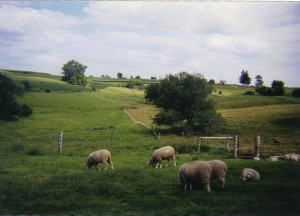 Several neighbors also came and picked their own berries. All this brought more money for the “fencing fund,” along with selling several bushels of excess tomatoes and, later in the fall, surplus squash.

In this first year of lambing, we did not worry about weaning the lambs from the ewes at 8 to 10 weeks of age, but in mid-July, when the nights began to cool, it was time to pen the rams up in the barn, until the time we wanted to breed the ewes. Otherwise, we would be getting lambs in December or January. Not good!

We had a cold barn, with no electricity at that time, so there were no heat lamps to warm new born lambs. If they were taken to the house to get them warm and dry, there would be a good chance that the ewe would not take them back, and they would have to be bottle fed. 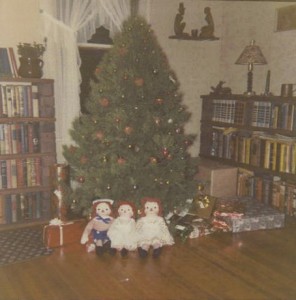 We did not want to lamb until mid April, or early May, so we would wait until mid November to breed, then put Mama and Sure to Go in the lower pasture with Hercules, Sheba would go in the Orchard pasture with Little Bit, and Sabrina in the barnyard pasture with Seth. A bit strange, but it was just for one year, then we would sell the rams, and buy one new ram which could breed all the ewes the following year.

After breeding season was over, when the ewes had been through 2 cycles, the rams would go into a ram pen that we had built at the north end of the lower barn. The ewes would be fed hay in the upper barn along with a trace mineral salt mix, and about 6 weeks before the onset of lambing, 1/2 to 1/3 lb. of grain would be added to their diet to provide energy so the fetuses could grow well in this last period of the gestation.

Happily, in late fall we found another ‘Cricket’, a male this time. Very much like our first Cricket, only a slightly lighter shade of orange, but with the same loving personality. It made for a very merry Christmas, and our year was complete!

One thought on “Voices From the Farm: Building the Farm and the Flock, and Adding to the Menagerie”