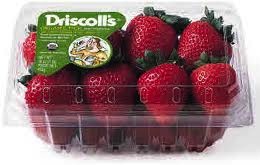 Does your strawberry taste as good as it looks?

Strawberries are my absolute favorite fruit, and I look forward to strawberry season every year. Depending on where you live that season can start as early as mid-June or as late as mid-July.

Every year or so, when the first California berries make their appearance,  we’re seduced into buying one – just one – box of strawberries at the supermarket. They always look so beautiful: large berries, bright red, the leaves still attached and fresh…

I imagine all kinds of wonderful treats made with them but first I just want to slice them up with a little honey and have them with yogurt.

Open the plastic clamshell that displays those berries in all their voluptuousness; like Botticelli’s Venus on the seashell. Hold that little beauty in your palm – OK, stop salivating! Make that first slice right through the center…

Oops… when did ripe strawberries have white centers? Where’s that wonderful strawberry smell? And the taste? Cardboard has more taste!

BTW, think that you can get around this problem by buying frozen berries? Think again! Compare these  frozen organic berries from two commercial growers: Stalbush Island Farms and Cascadian Farms.

Stalbush still grows strawberries with flavor; the Cascadian berries tasted like water. Better though, than the last bag of Woodstock frozen organic strawberries we bought, which came all the way from Turkey! No thanks, I don’t want world-traveling berries. 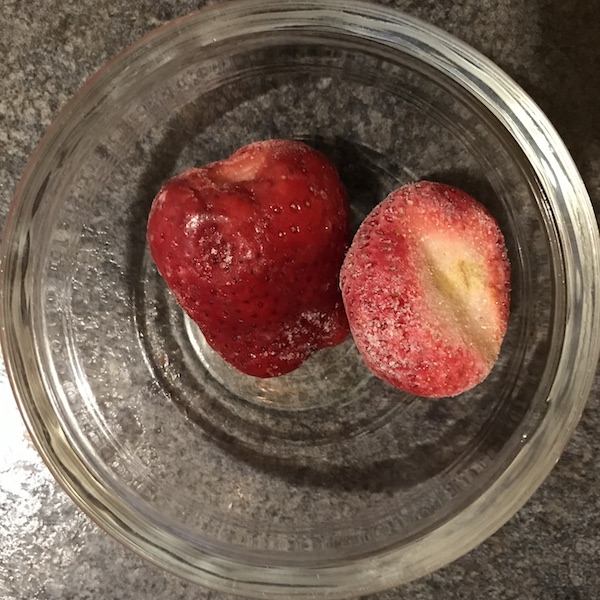 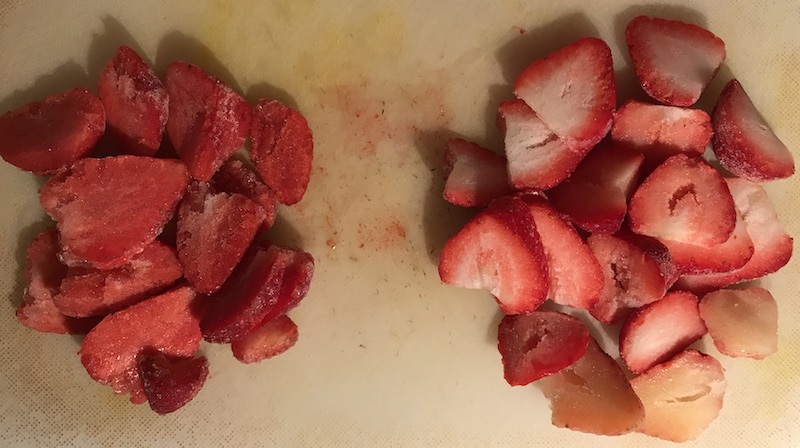 Berries on the left of each photo are from Stalbush Island Farms, those on the right are from Cascadian Farms.

Major commercial strawberry production in California began in the early 1850s but did not expand until around 1900, when refrigerated railroad cars enabled growers to transport the berries over long distances.

Today strawberries are grown on more than 45,000 acres and the US is the world’s top producer of strawberries. And it’s the refrigeration that makes it possible for us to have strawberries almost year ’round.(1)

Driscoll’s, a fourth-generation family business, says that it controls roughly a third of the six-billion-dollar U.S. berry market, including sixty per cent of organic strawberries, forty-six per cent of blackberries, fourteen per cent of blueberries, and just about every raspberry you don’t pick yourself.

The company develops proprietary breeds, licenses them exclusively to approved Driscoll’s growers, and sells the fruit under one of the few widely recognizable brand names in the fresh section of the grocery store.(2)

The ideal Driscoll berry is bigger than a toddler’s fist, deep bright read, broad-shouldered with a nicely pointed tip, sturdy enough to travel anywhere in the world, and still be edible two weeks after they’ve been picked.

Now read that again carefully – does it say any where that the idea strawberry should taste like a strawberry? Nope…

Strawberries are irresistible to pests, especially soil-borne pathogens. Most pesticide comes before the crop is even planted in the form of soil fumigants. The two most common are 1,3-Dichloropropene (1,3-D) and chloropicrin, both of which are banned in the EU.(3)

It’s that use of pesticides that gives strawberries the #3 post on the Environmental Working Group’s Dirty Dozen list of fruits and vegetables. As many as 13 different pesticides were detected on a single sample of strawberries.

Even with all the pressure from conventional growers and the pesticide industry, it’s clear that organic is not only “as good as” conventionally grown, but is better over all. Research from Washington State University compared side by side plots of organic and conventional strawberries in California. The results: