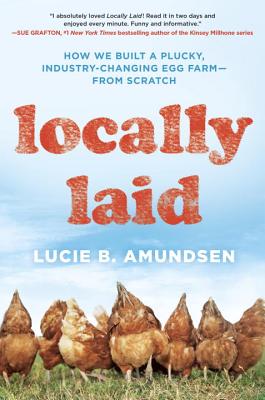 Locally Laid: How We Built a Plucky, Industry-Changing Egg Farm – From Scratch, Lucie B. Amundsen, Avery (2016) 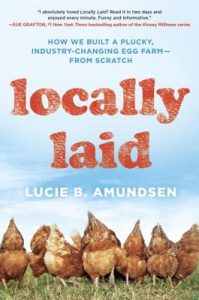 Minnesotans have a phrase describing everything north of the Twin Cities’ northern suburbs: “Up North.” Actually, it’s more often pronounced “Up Nort.“ While Duluth Minnesota is only at the halfway point between Minneapolis and the Canadian border, it’s still “up nort ” to most residents of the state.

It’s cold – very cold  – up nort! Residents normally see winter maximum temperatures below 32°F on 106 days (29%!) of the year. That’s the second most of any city in the US – International Falls MN, right on the Canadian border, still holds the record.

Summer is mild, tempered by Lake Superior (the westernmost of the Great Lakes), but short! Very short! The average last frost date is June 1, and the average first frost date is October 1. Note the term “average” – it’s just possible that there will be frost every month of the year.

If you’re planning to grow vegetables, you’re limited by the USDA’s Hardiness Zone 4a. Start those seeds indoors, get them in the ground the first week in June, cross your fingers, and harvest the last of your crops about the time the leaves start changing.

It was against this background that Jason and Lucie Amundsen decided to start an egg farm. The story of Locally Laid, told with a lot of humor, a few tears, and much enthusiasm, celebrates the support they received from their community, their customers, and their friends and neighbors.

Farming, especially farming north of the 46th parallel, is precarious at best. A farmer friend of GoodFood World who raises turkeys in north central Washington (well above that latitude) says that, “They are looking for ways to die.” Chickens, thank goodness – once they have a good start (read about the brooding disaster in Locally Laid) – seem to be a hardier lot. And egg farming is a high-demand, consistent production model, as opposed to once-year sales of holiday turkeys.

Lucie Amundsen takes you along on her roller-coaster ride to farming success. And through her eyes you will see the eggs on your plate very differently. You will appreciate those little packets of protein and marvel at the reasonableness of their cost.

And in the end, we offer up our thanks for the bravery and fortitude that sustains farmers in the “Agriculture of the Middle.”

Buy local, eat local, and tell your farmer “Thank You” for a job well done!

Get your copy here. Indie Bound will connect you with an independent bookstore on the street or online.