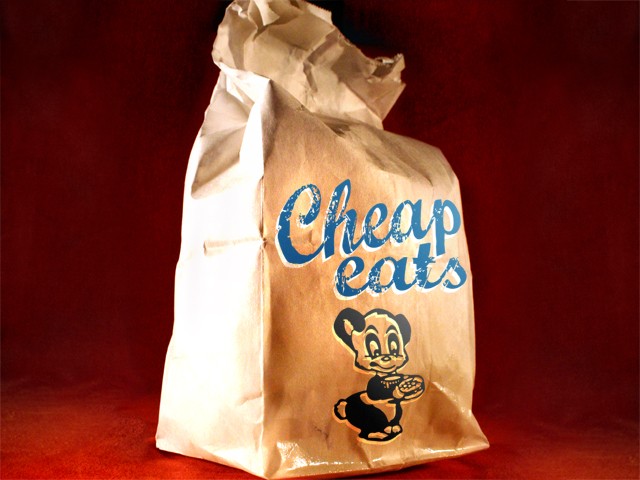 (Copyright by and reprinted with permission from Bob Quinn, Organic Farmer.)

In the rush to insure cheap and plentiful food for our nation, we have inadvertently created a much greater problem and we are now experiencing a very high cost for our cheap food. The perception of many people is that “healthy food” is too expensive, so they don’t buy fruits and vegetables or much organic food of any kind. If you look at prices of so called “conventional” junk food compared with local and organic fruits and veggies, the $$$ wins. But, at what cost?  The price tag is only one small part of the story.

Take a $1 hamburger for example. Does anyone ever just spend that $1 for a hamburger? It’s a great marketing ploy…but add on the extra fries and soda and soon the price hits $5. Even that is cheap compared to the cost of many organic foods, especially if you are eating out in organic restaurants.

But, what does it actually take to produce that $1 burger? For starters you need to begin with growing corn. A huge investment of acres of cornfields, seeds, water, heavy machinery requiring gas, fertilizers, pesticides and government subsidies. Cattle have to be fattened as quickly as possible which often means using antibiotics, then there is dealing with the waste from over farming, transportation costs, slaughter house costs, refrigeration, then processing and cooking costs.

That’s not even considering the extra costs associated with the bun and condiments. It’s impossible to believe that the economies of scale are really so efficient that all of those costs amortize to make a really cheap burger.  Or, should we just chalk it up to marketing hype to sell even more burgers as a loss leader in order to sell soft drinks and fries where the profits really are?

There is momentum developing around answers to this question — that the true costs of cheap food are currently hidden and making high-impact (often junk) food seem cheaper than it should be. The result of this is that obesity and chronic disease is on the rise and if not checked will reduce our productivity, continue to increase the cost of medical care which will bankrupt the nation and lower in a dramatic way the quality of life for those who are suffering as well as their families.

Then when we add the cost of the externalities, cleaning up air, water and soil contamination and pollution as well as pollution caused by the bi-products of the manufacturing of the trouble making agri chemicals in the first place, you really have a formula for economic as well as health collapse.

The truth is that the “value” and “low prices” of cheap food that we see at the cash register, are not the whole story. We are paying today with health and higher taxes and our children will be paying tomorrow with a degraded environment, dirty water, decimated communities and jobs, and denigrated health.

Speaking just of wheat—which I know a whole lot more about than other foods—through intensive breeding, modern wheat is now high yielding, more disease resistant and able to produce bread with a greater loaf volume, which means we can now make more bread with less wheat. Industrialization of bread baking using fast rising yeast and pasta manufacturing using high temperature drying all aim to reduce the time and cost of production.

If you add all this to modern chemical intensive agriculture, which can only be afforded through high government subsidies, you have the current recipe for disaster. Much of this trouble could be reversed by a return to ancient and heritage wheat, traditional and artisan bread and pasta production, and organic agriculture.

There is a growing movement of farmers and scientists, doctors and entrepreneurs that are gathering around the idea that we need true cost accounting in our food supply to help consumers make choices that include the real costs of the way food is grown and how it affects our health.  In other words if the price of the food included internalizing the externalities of its true cost of production, it would be easy to make the right choice at the supermarket as the cost of organic food would then appear cheap in comparison.

It is my hope that before current food systems that pollute our water, destroy biodiversity, exploit workers especially in foreign countries, and produce high-calorie, low-nutrient foods that become junk food, we are able to turn the tide back to real food produced in a healthy way which is sustainable for all.

(Read this piece as it was originally published here.) 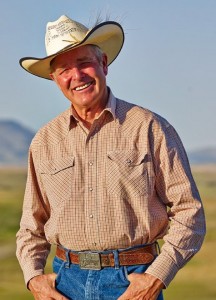 Robert “Bob” Quinn—the 2007 recipient of the Montana Organic Association Lifetime of Service Award—is a progressive leader in promoting organic and sustainable agriculture throughout the state of Montana, and the rest of the world. The Organic Trade Association awarded Bob with the “2010 Organic Leadership Award” for his contributions in the “Growing Organic Agriculture” category and in 2013, he was named the recipient of Rodale Institute’s Organic Pioneer Award.

In 1986, Bob’s company Montana Flour & Grains introduced the natural food industry to an ancient Egyptian wheat, called khorasan (similar to durum wheat). This grain was marketed under his own brand name, KAMUT®, (the ancient Egyptian word for wheat). Through the trademark, Bob has been able to preserve an ancient grain and guarantee it has not been genetically modified or altered. KAMUT® Brand khorasan wheat is grown under strict production guidelines and is exclusively grown organically.

Bob Quinn has taken on an influential role in farming, even inspiring state leader, U.S. Senator, Jon Tester, to become one of Kamut International’s growers. Over 2,000 different KAMUT® Brand khorasan wheat products are being marketed through the world providing a new, sustainable crop for many organic farmers. Bob, a Farming Futurist, is always looking for ways to improve and sustain the land. With two partners from Germany, he formed WindPark Solutions America, which was responsible for the development of Montana’s first large scale wind farm.