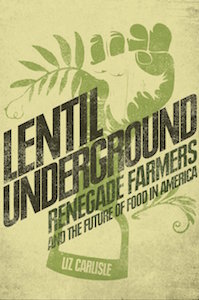 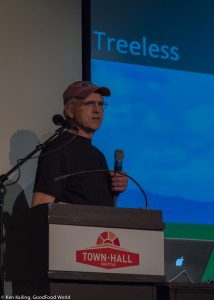 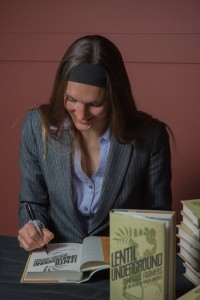 Lentils, one of the first crops domesticated in the Near East, have been part of the human diet since aceramic (before pottery) Neolithic times. Archeological evidence shows they were eaten 9,500 to 13,000 years ago.

The biblical story of Jacob and his brother Esau, revolves around the bartering of Esau’s birthright as oldest son for a lowly bowl of lentil stew (Genesis 29-34). It was described as a “red stew” and assumed to be a thick soup made of red lentils.or a prosperous new year, most likely because of their round, coin-like form.

A struggling bunch of small farmers, the Timeless “boys” experimented with varieties of legumes that improve soil by making atmospheric nitrogen available to crop plants and settled on lentils as a plant that would not only improve the soil but would improve the livelihoods of the farmers growing it.

Early on, Trader Joe’s asked David if Timeless would provide 1-pound bags of organic lentils, bearing the Trader Joe’s label. It seemed like a great opportunity to go “big time” so the group made an investment in a derelict grain elevator and arranged a contract with a local group serving the area’s developmentally disabled population to label and bag the seeds.

Just as quickly as the deal was made and the opportunity seized, the buyers at Trader Joe’s said, “No, thanks, we have other plans.” As Dave says, “The lights went out.”

Never willing to give up, the show went on. New customers came on board, and another “white knight” appeared: Whole Foods. Asking for larger volumes than could be produced in existing facility, the Timeless boys created their own “crowd funding” project (before anyone ever heard the phrase) and invested in a newer, more modern facility.

Having learned a big lesson, David decided not to “plain label” Timeless products again. But in a case of history repeating itself, Whole Foods pulled out, and the lights went out once more.

Time to get serious, take control of the Timeless destiny, and build a recognizable brand and product line! Not quite 10 years after “the lights went out” the second time, the Timeless Natural Foods line of organic lentils, heirloom grains, and peas and chickpeas is sold across the US and into Canada in hundreds of co-ops, supermarkets, specialty markets, and restaurants, cafés, and institutions.

The Lentil Underground is the story of this network of  small farmers in the Northern Great Plains, who dared to take a stand against agribusiness by planting what others considered weeds.

They investigated the wonders of lentils, and demonstrated to skeptics that they enrich the soil, create their own fertilizer, and thrive with little moisture. Today Timeless Seeds is a million dollar enterprise selling seed grown by dozens of farmers.