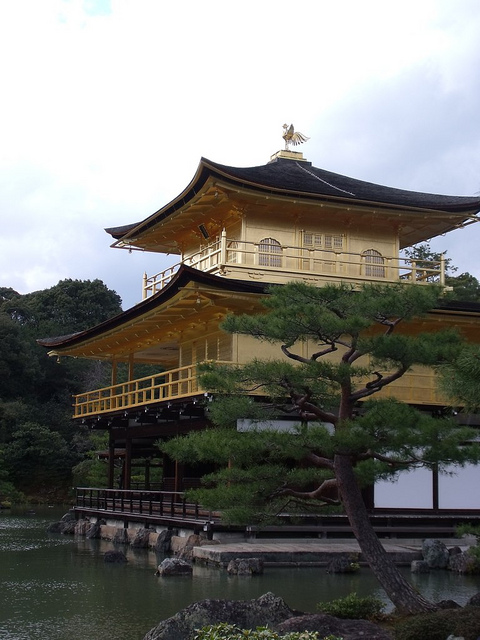 Japanese cuisine… what images do those words bring up?

Typically when I speak to people about traditional Japanese food, sushi is the first thing they bring up, then teriyaki and, occasionally, instant ramen.

People also seem to have a sense that the Japanese naturally have better eating habits and are healthier than we are here in the West. Throughout the majority of my studies in Japan and East Asia I carried these same notions too. It wasn’t until my first visit to Japan in 2003 that my eyes were opened to the truth.

What is the truth? In a nutshell?

Yes, sushi is a traditional Japanese dish, but it has been altered almost beyond recognition here in the U.S. since the dish first became widely popular the 1980s. Teriyaki is a Japanese dish but it was not traditionally made with chicken or beef, but with fish. It is through Westernization that there is now a teriyaki beef burger on McDonald’s menus in Japan. Ramen is actually from China; however instant ramen was first invented in the late 1950s (in Kobe Japan) by Momofuku Ando, a Taiwanese/Japanese businessman.

In other words, as I scratched the surface of what I thought was a simple straightforward food culture, I ended up with a series of complex questions:

In order to answer these questions I had to start by putting aside my preconceived ideas of Japanese cuisine and start from the beginning.

Open up almost any history book – and many cookbooks, for that matter – and the first reference to Japan will always be some variation of this:

“Japan is an island nation with limited natural resources…”

Such a simple sentence defines an immense impact on Japan’s history as a people and a nation. Lacking natural resources and with limited land, Japan has always had to rely on trade with other nations in order to exist.

Despite this need for trade, Japan has always remained fiercely independent and never colonized. Through trade Japan has selected the best from around the world and made those things uniquely Japanese. It is this adaptive nature of Japan that I admire deeply.

Much of what we know as Japanese cuisine and culture today can easily be traced to China. Rice; barley; wheat; buckwheat; noodle making; soybeans and soy products such as tofu, soy sauce, and miso paste; and tea are considered staples of Japanese cuisine and all originated directly from China.

In addition to basic food and food products, China also introduced Buddhism, which discouraged the eating of meat, and Confucianism, which greatly influenced how the government ruled the people.

China was not the only outside influence to Japanese cuisine. Portuguese traders and Jesuit priests introduced bread to Japan, as well as tempura and the deep-fried, breaded meat cutlets that the Japanese now call katsu.

In a reaction to the ever-increasing influence of the Jesuits in Japanese political affairs, Japan closed its doors to the outside world in the 1600s. The country refused to open its borders or trade with outsiders for 200 years.

No Japanese person could leave the country and return for any reason or he or she would be put to death, and any foreigner who had the misfortune to be stranded on Japan would be instantly killed. Japan only allowed a handful of Dutch and Chinese traders to enter the country for trade at Dejima Island, in the far south and far away from the seat of power, Edo (Tokyo).

Traders were not allowed to leave the small island fortification under any circumstance and were certainly not allowed to mingle with the local Japanese.  It was during this time that Japanese cuisine really came into its own, developing naturally – and in isolation – for two centuries.

With the arrival of Commodore Perry of the United States in 1853, isolation ended and once again outsiders, especially French, Italians, and Germans, influenced Japan’s cuisine.

Demand increased for meat, coffee, chocolate, and especially wheat-based products such as bread and Italian style pasta. In addition the Japanese, influenced by Western food trends developed their own novel dishes like okanomiyaki – meaning “as you like it.” It is a grilled wheat and cabbage-based patty with a variety of toppings like meat, vegetables, rice cake, and more.

Finally at the end of World War II the Americans arrived, imposing a new constitution and fueling a demand for U.S.-grown wheat. As a result the Japanese began to shift away from their traditional diet of rice to more calorie-dense bleached wheat breads. In addition the Japanese diet has been influenced by cheap, fast, and high-calorie food from McDonald’s, Burger King, KFC, and other Western fast food chains.

It must be understood that once Japan reopened after isolation and again after World War II, eating Western food became very fashionable, if not always cheap. To be able to understand, prepare, and eat Western foods was considered a symbol of wealth and sophistication. Two fine examples of these shifts of attitude can be seen in the book “I am a Cat” by Soseki Natsume and in the classic 1985 movie Tampopo. 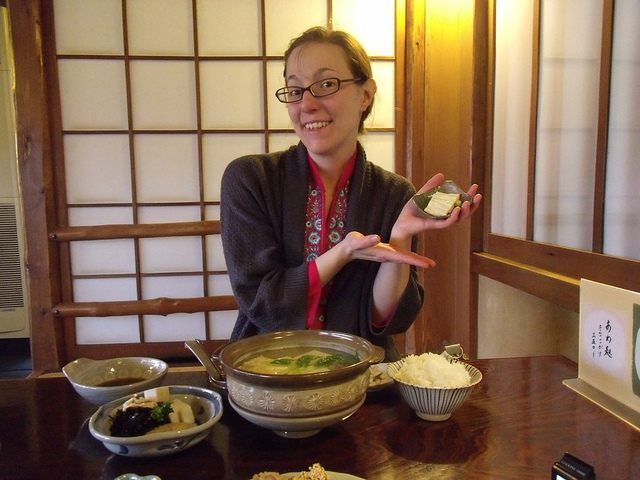 In the last 150 years Japan has seen the largest change to its diet and its people. Once the nation’s standard meal – referred to as ichi-ju san-sai – was one soup and three side dishes that generally consisted of a small bowl of rice and two dishes of vegetables, or a single dish of protein and a single dish of vegetables.

That has been transformed into an imbalanced meal laden with processed foods, highly saturated fats, empty calories, and few fresh vegetables. As a result Japan’s obesity levels, cholesterol levels, and incidence of diabetes have all increased.

The traditional way of eating is being forgotten and what were once everyday foods are now rare and hard to find. Information about these dishes – how they are made and consumed – is limited in Japanese references and almost non-existent in English ones.

Yet it is here where I begin my journey, to explore, to rediscover, and to recreate the traditional foods of Japan before they are forgotten.