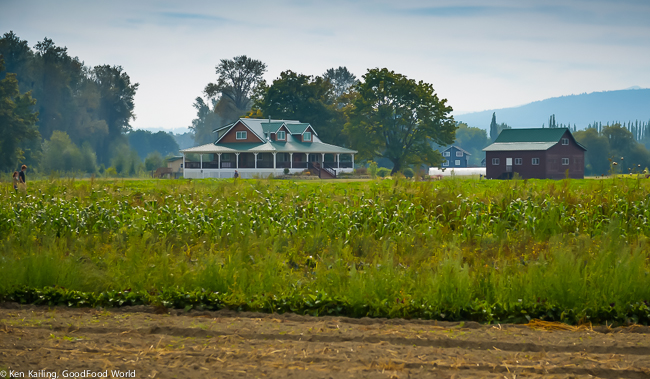 Dickens was talking about London and Paris in his novel published more than 150 years ago, but he might have been describing 21st century farming.

Nash Huber and Erick Haakenson are charismatic leaders on their farms and in their communities. They both believe in organic farming practices and the need to build and protect soil fertility with as much composted manure as possible, so animals are an important part of their complete farm ecosystems. Nash’s Organic Produce is certified organic and Jubilee Biodynamic Farm carries biodynamic certification.

Both farms raise produce, grain, and meat – pork only at Nash’s; beef, pork, and lamb at Jubilee. Erick and Wendy offer jams and pickles made from farm products and Nash and Patty sell flour ground on the farm from their own grain.

The central Puget Sound region is a target market for both farmers. Travel 75 miles south and east from Nash’s Organic Produce in Dungeness WA and you can easily reach Seattle’s eastern suburbs. Jubilee Biodynamic Farm, on the other hand, sits just 25 miles from nearly 2.5 million people.

Jubilee and Nash’s farms are both threatened by encroaching development, more in the Snoqulamie Valley where the Haakensons are located than in the Sequim/Dungeness area. However both areas have seen huge jumps in population; Sequim has become a destination for retirees and Snoqualmie Valley for young, upwardly mobile professionals. The PCC Farmland Trust has been instrumental in protecting both farms by acquiring development rights.

Both farmers are growing their products in flood plains. Nash’s dispersed plots are mostly located just a few feet above sea level where the Dungeness River empties into the Strait of Juan de Fuca and snowmelt from the Olympic Mountains swells the surrounding streams and rivers in spring. Erick faces fall floods. Deforestation and development on the hillsides bordering the Snoqualmie Valley mean fewer trees to slow down autumn and winter rainfall, and more “hardscape” — driveways and parking lots — lets the surface water runoff move ever faster downhill, carrying silt, oil, and other associated pollutants.

While both farmers are committed to organic practices, they apply them to farms of varying acreage. Jubilee, with 50 acres intensively cropped and grazed is an “average-sized” farm in King County. Nash’s is a large farm by western Washington standards and comprises 750 acres of cropland, livestock, pasture, hay, and organic seed production.

Since the 1970s when then under Secretary of Agriculture Earl Butz told farmers to “get big or get out,” farmers have continued to ask themselves, “How big is big enough?” All businesses – farms included – have to explore growth strategies for the long term.

Nash’s strategy has been growth; he recently added 300 more acres, almost doubling the size of his farm. Adding acreage means that Nash’s Organic Produce needs more workers, and that’s important in an area without a lot of job opportunities. Huber has dedicated himself to the training and education of his interns, farm workers, and managers; he is preparing the next generation to take over the farm in the next few years.

Erick’s strategy is “no growth.” He holds to the “Agrarian Mindset” described by Wendell Berry, which sets an intrinsic limit. Erick has chosen to limit his growth to, “This much and no more.” He has kept Jubilee to a size that can support himself and Wendy; David, Kristin, and their son; and provide generous weekly boxes to 400 CSA members.

As Jubilee becomes a self-contained, sustainable unit, Erick can commit more time to participate directly in watershed management and conservation projects, the development of the Snoqualmie Valley Farmers Co-op, and the education of new farmers.

When developing sales and marketing channels, businesses have a number of options: direct sales to the consumer or sales through a third party – indirect sales. Farmers’ direct sales alternatives include CSAs, buying clubs, or farm stores, while indirect sales opportunities mean selling wholesale to a distributor, participating in a farmer-owned marketing co-op, or contract growing.

Nash and Erick have chosen clearly different sales and marketing channels. While both farms sell through CSA memberships and meat buying clubs and offer a limited selection of value-added products (jams and pickles, flour), that’s where the similarity stops. Nash takes direct sales one step further with a full service farm store, while Erick sells direct from a small farm stand only during October in conjunction with Jubilee’s fall pumpkin season.

Because Nash’s Organic Produce can deliver higher volumes of selected varieties and has developed certain economies of scale, Nash can be profitable with the wholesale prices he receives from PCC Natural Markets and two regional distributors: Organically Grown Company (Portland OR) and Discover Organics (Vancouver BC).

Jubilee does not sell wholesale for two reasons: Erick does not grow enough volume to provide a consistent supply to a reseller and he has a financial model that will not give him a profit on the wholesale price he can get from a distributor. “We can’t compete with huge organic farms in California and certainly not with organic produce from Mexico,” says Erick.

Instead he and a neighboring farmer have organized a small marketing co-op that targets restaurants and institutional food service buyers who will pay more than wholesale because they are committed to local food systems, good stewardship of the land, and living wages for farm workers.

Both farmers have developed additional sales channels. Erick and Wendy have been very successful incorporating agritourism at Jubilee – a month-long Harvest Festival and Pumpkin Extravaganza every October. An added advantage is the number of young families who join the CSA after bringing their children to pick out Halloween pumpkins.

Nash, on the other hand, is a renowned plant breeder, specializing in carrot varieties that grow best under cool, damp conditions like those found in the Dungeness River delta. He also grows organic table beet seed under contract to a seed dealer. Seed sales are a very profitable addition to the farm’s crops and livestock.

Small businesses of all types – farms included – have to continually work to differentiate their products, to find new ways to generate both sales and profits, and to communicate with new and prospective customers.

For small to mid-sized farms like Nash’s and Jubilee, new revenue generation opportunities include new products, new services, and new sales channels. Following are just a few options that Erick and Nash might consider for their operations.

By improving the flavor, freshness, and nutritive value of crops; creating value-added products; and adding services, farmers should be able to increase sales and profits without having to add new acreage or large numbers of new staff. The key is building on inherent differences and skills. Grinding flour out of grain, making juice or dried “chips” out of fruits and vegetables, or combining products in new ways all result in new opportunities from existing products.

The fruit, vegetables, and meats from Nash’s Organic Produce and Jubilee Biodynamic Farm are not only far superior in taste and quality from “industrial” food shipped thousands of miles to Puget Sound; they are planted, grown, and harvested with a commitment to old-fashioned values. Values that Nash and Erick express by being frugal with energy use, protecting air and water quality, conserving soil fertility, respecting farm workers, treating farm animals humanely, and focusing on improving public health.

We’ll be watching closely to see the next steps Nash and Erick take to strengthen and grow their businesses and to identify opportunities to “grow better.” These farms are truly family operations; Patty, Nash, and their “family” of employees, and Wendy, Erick, David, and Kristin, are community leaders, supporting their peers and leading the next generation. They are examples of the new producers in the good food world and are setting the standards for the future of farming in Puget Sound, in Washington, and across the country.

And we, at GoodFood World, tip our hats to them as fine examples of our GoodFood Heroes! 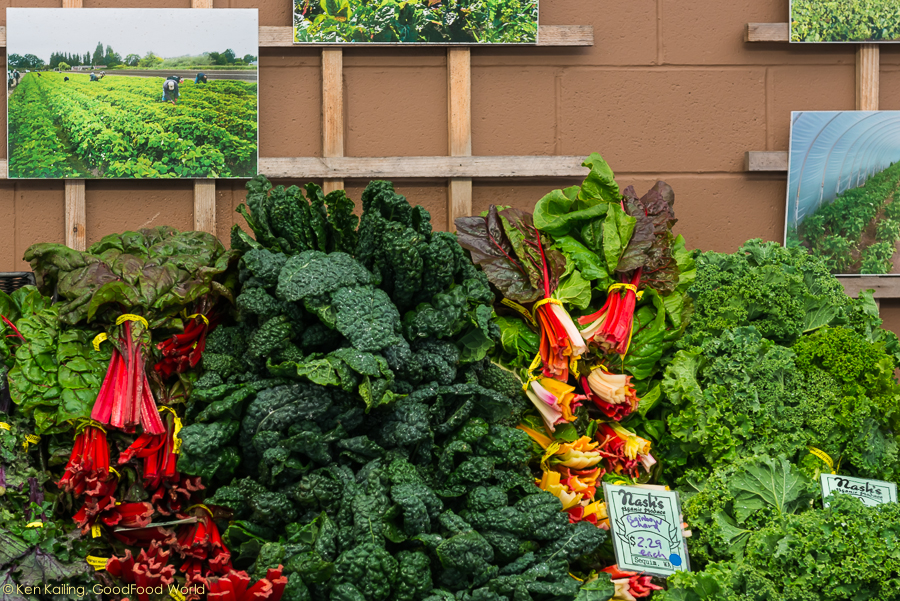