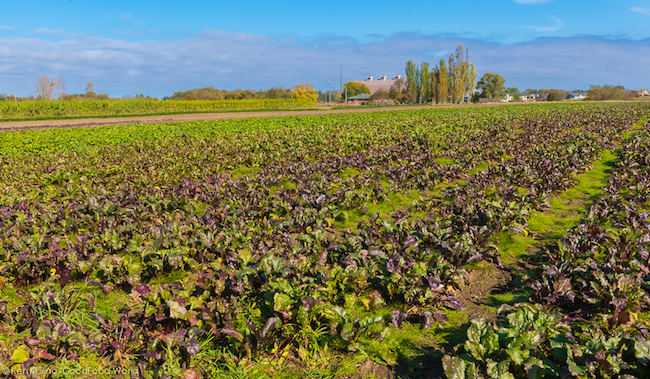 In the long battle by Big Ag and all the GMO special interest groups to brush aside and marginalize organic production and on the heels of what appears to be the defeat of WA Initiative 522 to require labeling of retail food products containing genetically engineered products, the USDA has plowed ahead on the concept of “agricultural coexistence.” “Coexistence” puts an undue burden on organic farmers trying to protect the integrity of their crops.

The USDA has published a notice in the Federal Register asking the public to comment on how agricultural coexistence in the United States can be “strengthened:”

“Our goal is to promote the coexistence of [conventional, organic, identity-preserved, and genetically engineered (GE) crop production] through cooperation and science-based stewardship practices.”

Yes, US farmers do indeed apply a wide variety of farming methods, however the idea that they can “coexist through cooperation” is mind-boggling.

For example, seed breeders like Frank Morton and Nash Huber who raise organic table beet seed, which is wind-pollinated, have to deal with “buffer zones” of as much as 5 miles to insure that their organic crops are not contaminated by “pollen drift” from genetically engineered sugar beets. And about 95% of all sugar beets are genetically engineered – that is a lot of “drift.”

To give you an idea of the scale of this requirement, note that a 5-mile buffer is essentially a distance of 25 continuous acres. And farmers like Frank and Nash generally plant an acre or two of organic table beets for seeds. A buffer more than 20 times the size of the area planted in organic crops is totally out of line for small farms consisting of a few acres.

Any kind of structured “coexistence” must include protections, including legal pathways to recover lost revenue, when organic crops are contaminated and the land on which they are grown must be pulled from organic certification.

The USDA site is open for public comment now; add your comments here. (Comments are due by January 3, 2014.)