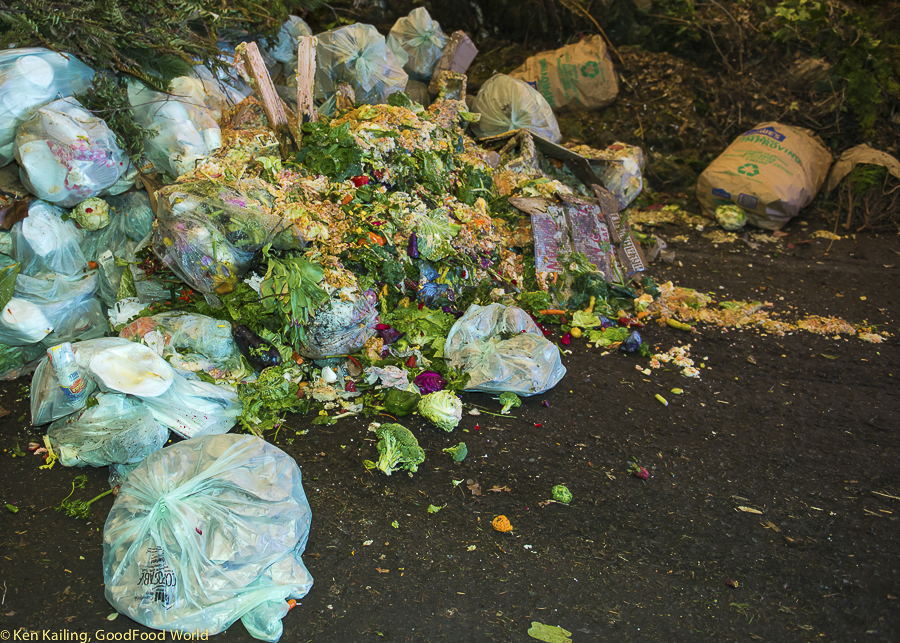 According to the World Resources Institute (WRI), each year an estimated one third of all food produced ends up spoiling in the bins of consumers, retailers, farmers and transporters. Together, this spoiled food totals 1.3 billion tonnes and is worth an estimated $1 trillion every year. 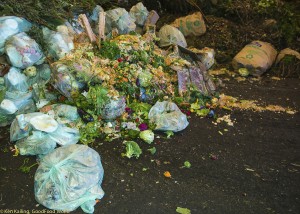 In the newly released Reducing Food Loss and Waste, the WRI notes:

The Food and Agriculture Organization of the United Nations (FAO) estimates that 32 percent of all food produced in the world was lost or wasted in 2009. This estimate is based on weight. When converted into calories,global food loss and waste amounts to approximately 24 percent of all food produced. Essentially, one out of every four food calories intended for people is not ultimately consumed by them.

As this report shows, food waste continues to be a serious problem. It is not only a serious loss of valuable food, it is also a major environmental loss.

In a natural system where a limited population is operating over a broad base of production, what would normally be lost or spoiled  is composted and becomes fertilizer for the next crop. It is not waste at all since organically degraded residuals are food for microorganisms that provide fertility.

Because industrialized systems short-circuit the normal recycling of waste,  healthy redistribution functions are eliminated and valuable nutrients are locked up in land fills or pollute waterbodies.

Trapped in entirely dependent, sterile urban populations, vital cultural information is lost and we are subject to a completely distorted idea of waste by the media.

A natural ecosystem has no waste by implication. Whereas, an artificial mechanistic system is built on producing waste. So–where do we begin to become sustainable, to eliminate “waste?”

Well, trying to restore some basic organic principles might help. Our artificially stimulated human populations have grown beyond supportable boundaries and we need to direct growth intelligently within ecological thresholds. Organic farmers in China, Korea, and Japan practiced a sustainable agriculture for thousands of years recycling everything (“Farmers of Forty Centuries”, F. H. King). Our base of scientific knowledge today would allow us to eliminate “waste” without the hand labor of feudal systems.

The problem is really a fault of the failure inherent in the industrial revolution itself; reformers cited equity as a major issue early on (Marx, Hobbes, Locke, Hume, Kant, etc.) but greed won out as investors became rich and benefits accrued to the wealthy while workers were enslaved. The unearned increment grew (without natural resources  and human values figured into the equation) and investors rationalized then, just as they do today.

Present waste – of both people and resources – worldwide IS the corruption that fills the pockets of the rich. The hard fact is that our current dysfunctional economic system rewards “food wastage.” And we will continue to have it as long as we depend on an outmoded industrial system of agriculture built on a corrupting economics.

If this mindless system continues, eventually, we won’t have anything left to turn into “waste.” Everything will be “waste.”

Global Food Wastage Hits $1trn Annually – UNEP
Food Waste in the 21st Century
American Wasteland by Jonathan Bloom
Waste: Uncovering the Global Food Scandal by Tristram Stuart
Back to the Future: Compost on Local Farms
Stopping Food Waste – Can We Do It?
What We Don’t Eat: Half of All Food Produced in Wasted