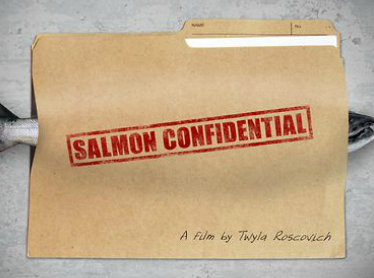 Salmon Confidential is a fascinating documentary that draws back the curtain to reveal how the Canadian government is covering up the cause behind British Columbia’s rapidly dwindling wild salmon population.

When biologist Alexandra Morton discovers BC’s wild salmon are testing positive for dangerous European salmon viruses associated with salmon farming worldwide, a chain of events is set off by government to suppress the findings.

The film documents Morton’s journey as she attempts to overcome government and industry roadblocks thrown in her path and works to bring critical information to the public in time to save BC’s wild salmon.

If you think watching a documentary about wild fish sounds boring, this film may well change your mind. It provides sobering insight into the inner workings of government agencies, and includes rare footage of the bureaucrats tasked with food and environmental safety.

It reveals how the very agency tasked with protecting wild salmon is actually working to protect the commercial aquaculture industry, to devastating effect.

Once you understand just how important wild salmon are to the entire ecosystem, you realize that what’s going on here goes far beyond just protecting a fish species. Without these salmon, the entire ecosystem will eventually fail, and in case you’ve temporarily forgotten, you are part of this system, whether you’re Canadian or not.