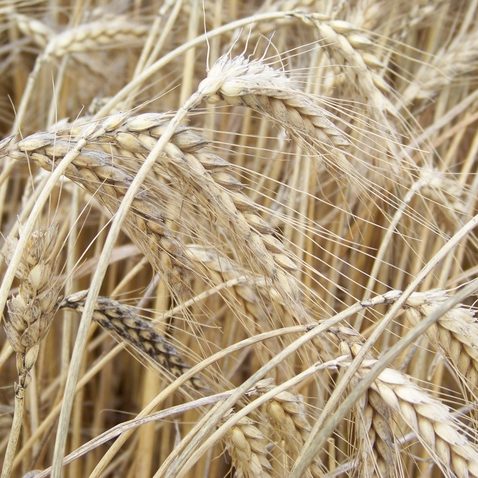 Gotcha! It turns out that grains have been cultivated in Cascadia – western Washington, Oregon, and British Columbia – for more than 150 years. What goes around, comes around… 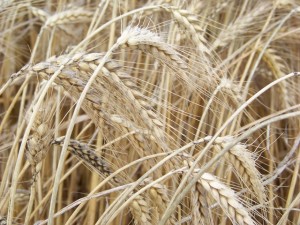 Today, consumers, bakers, brewers, distillers, and livestock farmers are asking for local and regional grains for bread, beer, animal feed, and other end-uses. Combining grain with vegetable and fruit crops on diversified farms brings back some of the beauty and uniqueness to family farm landscapes and integrates well with crop rotations needed for organic production.

Dr. Steven Jones, at Washington State University Mount Vernon Northwest Research and Extension Center, focuses on finding red wheat that will thrive on the wetter, west side of Washington. Rather than breeding solely for more tons per acre, he is also breeding for flavor. And he is finding that as an added bonus, organic red wheat grown on the Olympic Peninsula is producing higher protein levels than expected. Perfect for artisan bread!

It’s not just hard red wheat for baking that is finding a market here in Washington. Farmers like Andy Wilcox, Wilcox Farms, grower of about 700,000 laying hens (100,000 of which are organic), are looking for locally grown feed ingredients for livestock, including poultry. Wilcox Farms is experimenting with growing and milling their own grain for feed.

Wilcox Farms has dedicated 200 to 400 acres of the 1600 acres the farm encompasses to producing wheat not only to feed the company’s organic laying hens, but also to educate the company management to better understand the challenges and benefits of growing grain in western Washington. As Andy Wilcox says, “We will be better customers – educated buyers – because we’ll understand what it takes to grow the grain.”

The plan is long term, to work with Dr. Jones to develop the market and the infrastructure to source organic grain. The higher price of organic feed makes it economically viable for western Washington. Wilcox Farms is trying to get away from feeding just soy and corn to its birds; they are making the effort and looking forward. It is a 5 to 10-year process, and once wheat and other grains are available locally and regionally, Wilcox is looking to build the same supply network for field peas to replace soybeans.

“When people buy our eggs,” says Andy, “they want more than just the chickens to be raised here, they are investing in buying eggs that support a local food network. And that means the feed grains too.”

Dr. Jones, Andy Wilcox, and more than two dozen other speakers will be leading workshops at the Cascadia Grains Conference, January 12, 2013, in Tacoma WA. The conference will bring together farmers, processors, and end-users, as well as investors, brokers, and local government officials to support rebuilding a grain economy west of the Cascades through three value-added enterprises: brewing and distilling, poultry and livestock feed, and artisan baking. For more information or to register.

We’ll be there; hope to see you too!