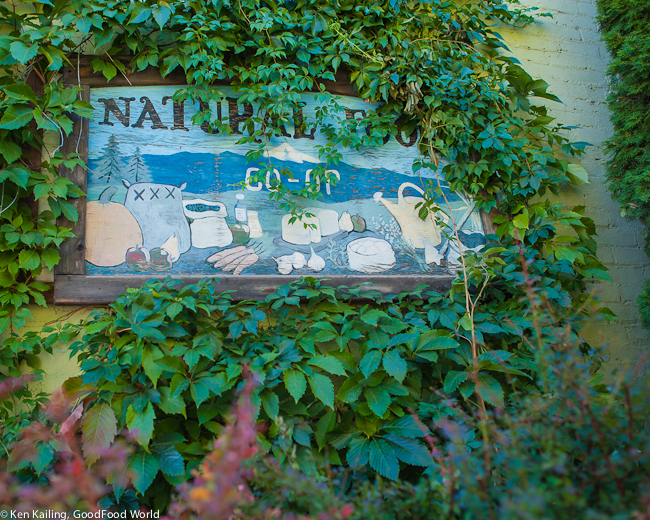 (Click on any of the images for a larger view.) 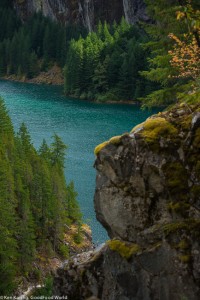 Mid-September should be the perfect time for a trip along the North Cascades Highway, through the Methow Valley, up and down the Okanogan River Valley from the Canadian border to the confluence with the Columbia River, and back home.

This time the perfect weather and lovely views, were marred with smoke from many recent and active forest fires. The weather has been so dry that lightening strikes are setting off fires as fast as firefighters can put them out.

However your GoodFood World publishers – that would be Ken and me – drove right through and visited old friends, made new friends, and got in a bit of history.

Drive I-5 north to Highway 20 – the North Cascades Highway – and turn east. You’ll travel through the mountains and valleys, cross rivers and dams, and pretty much have the road to yourselves if you leave early on a weekday morning. Keep camera at hand and you’ll suffer the plague of photographers: more photo opportunities than you have time for!

The unique, intense turquoise color of many of the area’s lakes comes from a fine rock powder ground by glaciers in the mountains. The powder is suspended in the water, giving it a beautiful blue.

You can’t miss Cascadian Farm’s “Home Farm” just outside Rockport. I must admit, that – with tongue firmly in cheek – I cornered the guy behind the counter and asked him, “How on earth do you grow enough berries for all the jam I see on the grocery shelves?”

To my frustration, it is still listed as a stop on the Skagit Valley Tour of Family Farms.

After grumbling about Big Food and Big Org (huge organic operations), we did succumb to the siren call of homemade blueberry ice cream made from Organic Valley milk and berries grown on the 28 acres surrounding the little stand.

There are three dams on the Skagit River along the North Cascades Highway, and we stopped at two of them.

The Gorge Dam, built in 1921 and opened in 1924, is small. The electrical grid array next to it towers over the old dam.

Upstream on the Skagit River, Diablo Dam, completed in 1930, was at the time the tallest in the world – 389 feet. The drive across the dam is beautiful and a bit nerve-wracking!

And at Bridgeport – aptly named! – is Chief Joseph Dam across the Columbia River. Not nearly as attractive as the other two, but certainly as hard working. And you can see the smoke filling the sky… Darned hard to breathe!

The consolidation of agriculture across the west brought about bigger farms and fewer farmers. As the supporting infrastructure faded away – schools, retailers, services – families simply abandoned their homes and moved away. We passed – and documented – many farmland ghosts on this trip. 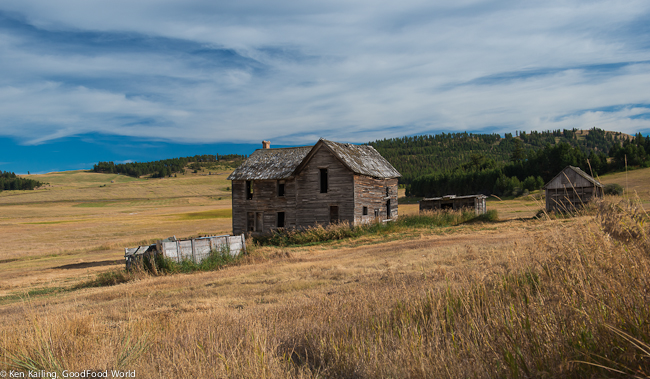 And never, ever, pass up the opportunity to explore a local food co-op! The Okanogan River Co-op in Tonasket may be small, but its effect on the community is a big one!

Local products, a nice selection, and an amazing cafe make this one a gem! 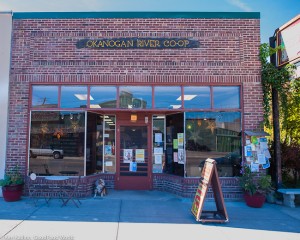 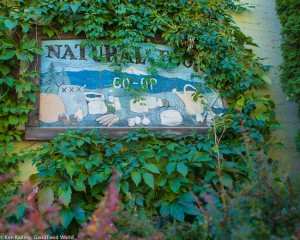 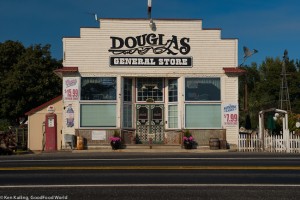 We finished our trip through orchards and wheat fields with a pass through historic Waterville where “time stood still” or perhaps it was the lack of urban development funds that kept the little town closer to its quaint roots.

The Douglas General Store looks pretty much the same as it did a century ago – though the beer was surely cheaper then!

When you’re ready to make your loop through North Central Washington, try the North Cascades Highway in any season but winter – the highway is generally closed from November or December until April or early May.

The Haycation cabin at Crown S Ranch, Winthrop, makes a good “home base” to travel from. And tell Jennifer and Louis that we sent you! 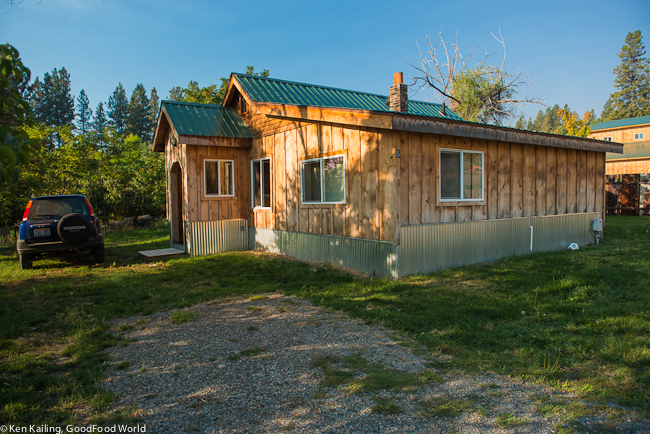