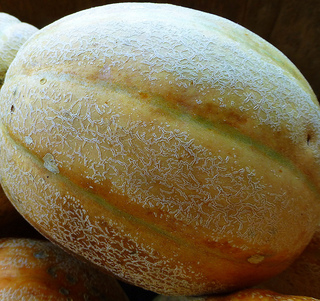 This is another truth about modern times in America that no one wants to look at. The idea is that science and modern medicine has ended serious food-borne illness. But the fact is, we have lots more now and it is growing to epidemic proportions.

Indigenous peoples had balanced pathogens in their native environments through generations of trial and error and by living in environments with ample space. White settlement in America brought devastating European diseases; forced confinement increased exposure and then the uncontrolled industrial production and processing of food increased disease at scales never known in human history, similar to the plagues.

But scientific discovery in medicine and enforced sanitation mediated the problem for a while allowing for increased population associated with the worldwide mechanization of the food production and delivery system. Unfortunately, the broader ecological implications of such rapid commercialization of food were neglected so that we are now at a breaking point where “public health” is no longer manageable.

In fact, our government is presently failing to correctly address food safety on grounds that doing so will threaten the economy – we have therefore reached the point where the management of risk includes allowing a said number of people to die from contaminated food as long as the more utilitarian goal of a prospering economy is met. It’s interesting that the people who actually profit from such neglect of food safety may not even be Americans (either North or South); also, that lower income people are more likely to be made sick from bad food.

The food industry hires for-profit inspection companies – known as third-party auditors – who aren’t required by law to meet any federal standards and have no government supervision. The private inspectors that companies select often check only those areas their clients ask them to review. That means they can miss deadly pathogens lurking in places they never examined.

Six [independent] audits gave sterling marks to the cantaloupe farm, an egg producer, a peanut processor and a ground-turkey plant – either before or right after they supplied toxic food. Collectively, these growers and processors were responsible for tainted food that sickened 2,936 people and killed 43 in 50 states.

The current economic depression was brought on because government failed to act in the public interest; bad food continues to make more people sick because government is unwilling to address food safety comprehensively to correct the many ills now rapidly becoming systemic. And this same broken surveillance may very well lead to bigger problems with illness of epidemic proportions (viruses transferred by sick animals, etc.).

The best advice in a society like ours where government has become powerless to act to protect the health and safety of its citizens is to change food behavior – to learn about where our food comes from and how it is produced, to take responsibility for our own diets, and to insist on complete disclosure of the composition of the food as well as the processes that created it (truth in labeling).

Food safety on hold. The Food Safety Modernization Act, passed in 2010 and signed into law by President Obama in January 2011, is essentially unfunded and on hiatus as the Senate and Congress are on break.

One place to begin to become informed about your food sources is this site, GoodFood World. To learn more about food safety, go to Food Safety News.