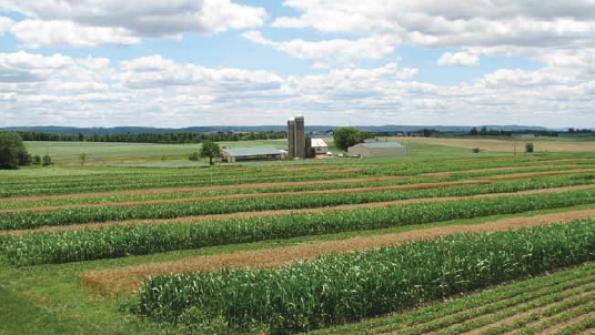 Sometimes it’s amazing how smart our forbears really were! For example, Mark Bittman – columnist/blogger for the New York Times – has just published a new piece called A Simple Fix for Food.

He’s referencing a study by Iowa State University on a 22 acre plot where three side by side tests were run:

According to the researchers, the test results were surprising: The longer rotations produced better yields of both corn and soy, reduced the need for nitrogen fertilizer and herbicides by up to 88 percent, reduced the amounts of toxins in groundwater 200-fold, and didn’t reduce profits by a single cent.

So what’s new about a crop rotation with livestock? Actually not much.

Early in the 20th century, Sir Albert Howard experimented with organic production and came to similar conclusions nearly 100 years ago. During his years as a scientist working for the British government in India, Howard conceived of and refined the principles of organic agriculture. Howard’s The Soil and Health: A Study of Organic Agriculture became a seminal and inspirational text in the organic movement soon after its publication in 1945.

This study (by Iowa State University) not only questions those assumptions [the profitability of doing things with lots of chemical input], it demonstrates that the chemicals contributing to “environmental externalities” can be drastically reduced at no sacrifice, except to that of the bottom line of chemical companies.

Yes, that’s who’s making all the profit and that’s who will have to sacrifice.