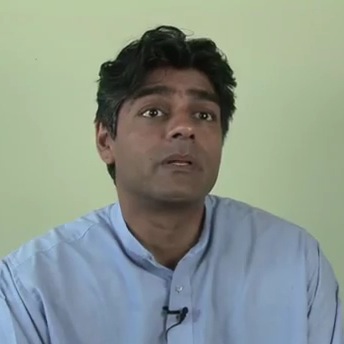 Here in the US, we have not only very tight control of food and food surpluses by Big Food and Big Ag, we have an additional form of control: intentional degrading of food quality through hyper-processing for profit. Yes, it takes money to access good food; yet we are seeing new forms of malnutrition from overly processed and adulterated food.

Raj Patel is a writer, activist, and academic, focusing on the global food system and food justice. He is currently a visiting scholar at UC Berkeley’s Center for African Studies, a fellow at the School of Development Studies at the University of KwaZulu-Natal, and a fellow with organization Food First. He has worked for the World Bank, the World Trade Organization, and the United Nations, and has been tear gassed on four continents protesting against them. The second edition of Patel’s first book Stuffed and Starved: The Hidden Battle for the World Food System has just been released by Melville House Books. His most recent work, The Value of Nothing (2010, Portobello Books), is a New York Times best-seller.

David Zlutnick interviewed Patel at his home in San Francisco around the topic of international food markets and their role in propagating inequities in food access and distribution, as well as ongoing popular resistance to these market forces. He argues the latter, which he sees coming to fruition both through organized transnational campaigns as well as “food rebellions,” represent significant possibility for not only the transformation of the food system but also political accountability.