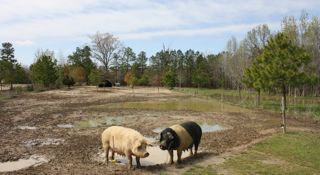 Deputy Secretary of Agriculture Kathleen Merrigan announced the news Thursday at a local foods conference hosted by Senator Sherrod Brown (D-OH). The announcement marks the first state approval under the U.S. Department of Agriculture’s new Cooperative Interstate Shipment Program, which allows small, state-inspected businesses with 25 or fewer employees to sell their products across state lines if they meet certain food safety requirements. Previously, state-inspected meat and poultry products could only be sold within the same state.

Supporting small meat processors has been “one of the focal points” of USDA’s Know Your Farmer, Know Your Food initiative, said Merrigan. “It makes sense for the economy and job creation,” said the Deputy Secretary in an interview with Food Safety News. “There’s a demand for it.”

Part of supporting local and regional meat processing meant taking a critical look at some food safety regulations. For example, Merrigan said that even though there has been a growing interest in mobile slaughter units, the rules that might apply to the slaughterhouses-on-wheels were unclear. As part of KYF, FSIS has hosted webinars and information sessions on mobile slaughter and promoted its Small Plant Help Desk to assist small businesses with regulatory questions.