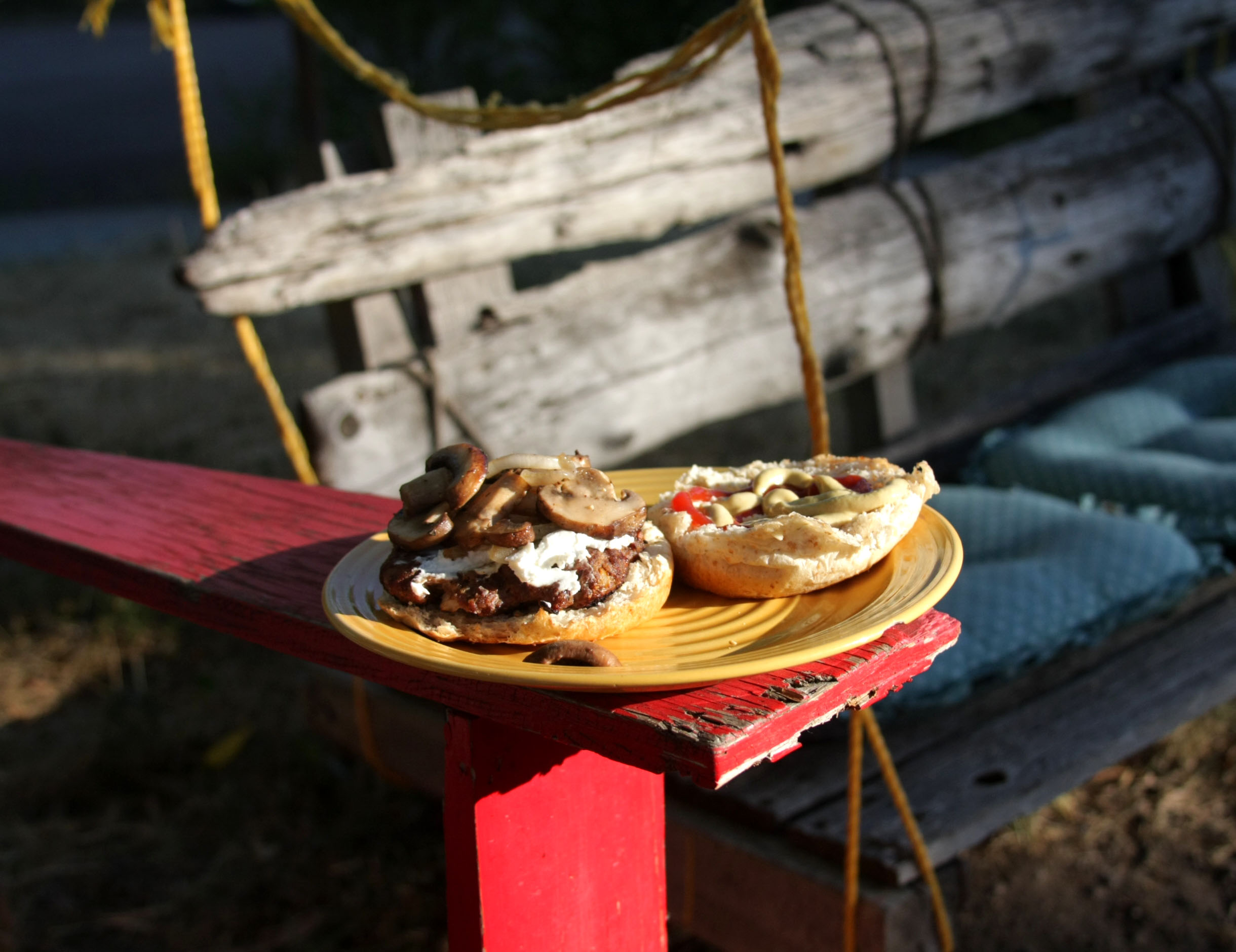 Tuesday, May 1st was not unlike any other day. We worked our schedules around the food we were preparing for dinner: black bean gyros on flatbread. Before I headed to work we agreed that he would prep the dough, and I’d get home in time to prepare the bread. After work I came home to a bowl of fresh-risen bread and couldn’t help but smile despite the mess in the kitchen. I got to work rolling out the flatbread, all the while thinking about our habits of cooperation in food-making.

Think of the times you’ve celebrated around food with friends and family. Were the most memorable meals had at a restaurant or eaten at home? In the past few weeks I’ve been particularly grateful for the company of friends during mealtime… Their contributions have made mealtimes more diverse, more delicious and more gratifying.

And the more I reach out, I find that nearly everyone around me has something to say about the food situation.

One of my friends gave up meat just to prove that he could, but his choice took on a new meaning after reading a book I had recommended. My best friend tried going gluten-free and has lost ten pounds. I talked to a girl the other night who wanted access to cheaper health foods, and she jumped at the chance to join our co-op after finding out the volunteer requirement was only three hours a month. I got a wonderful vegan recipe from a coworker the other day, and another guy I know recently wrote an article on freeganism (the practice of claiming otherwise wasted food). The same week his article showed up in the college newspaper, one of our city’s periodicals published an opinion piece on the moral and spiritual consequences of eating meat.

More and more voices are entering this conversation about food. This is good news. It means people care about what they eat, and they’re making informed choices. I can think of no better way to promote change than to set an example with our own practices, letting our choices reflect our values and using food as a medium to share our thoughts and experiences.

I would also argue that it’s cheaper and more practical to dine with others, provided that everyone puts in their fair share. Take for example, an underrated tradition that is synonymous with the spring and summer seasons: the potluck. Where else can you show up with a pasta salad and in return be given a plate for the buffet? You bring one dish, but get to try a little of everything. When everyone contributes there’s more than enough to go around. It’s an opportunity to try things you’ve maybe never eaten… to get that recipe, give and receive compliments, perhaps share your cooking secrets.

The potluck is an economical way to celebrate, and it doesn’t have to be all BBQ chicken and potato salad. We’ve arranged a couple pizza potlucks, one calzone party, a formal holiday potluck, and several sushi-making events. As a host you could provide, say, pizza dough and sauce; everyone else brings toppings. Sushi is incredibly cheap to make at home too… after an initial investment of a few key items like rice and nori, you only need minimal amounts of vegetables as the filling. Plus, forming the rolls is really fun and everyone can have a go at it.

Pick a theme and make it interactive, or make it a free-for-all and see what happens. Everyone is an expert at something; I learned that at our last place when we lived with three other roommates. We’d have group dinners at least once a week. One of my friends made awesome pizza dough, another brought his home-made beer, and there was always a huge bowl of fresh salsa. I usually had dibs on dessert.

My advice is to set up some sort of regular schedule for dining with friends. This summer, we’re aiming to do it every Saturday- a jumpstart of our old game night/potluck tradition. We’ll switch up the location, and not all of us will be able to make it every week, but it will be something for everyone to look forward to. If you’re looking for others to share with, you won’t have to go very far. Odds are there’s someone you know already who’s into food – at work, school, volunteer groups, really anywhere you spend your time. It just takes starting up a conversation to find out.

Stay tuned for my next contribution, when I’ll detail our first potluck night with a breakdown of costs and a few recipes!

(All photos copyright Kathryn Hilmer, please do not reproduce without permission.)