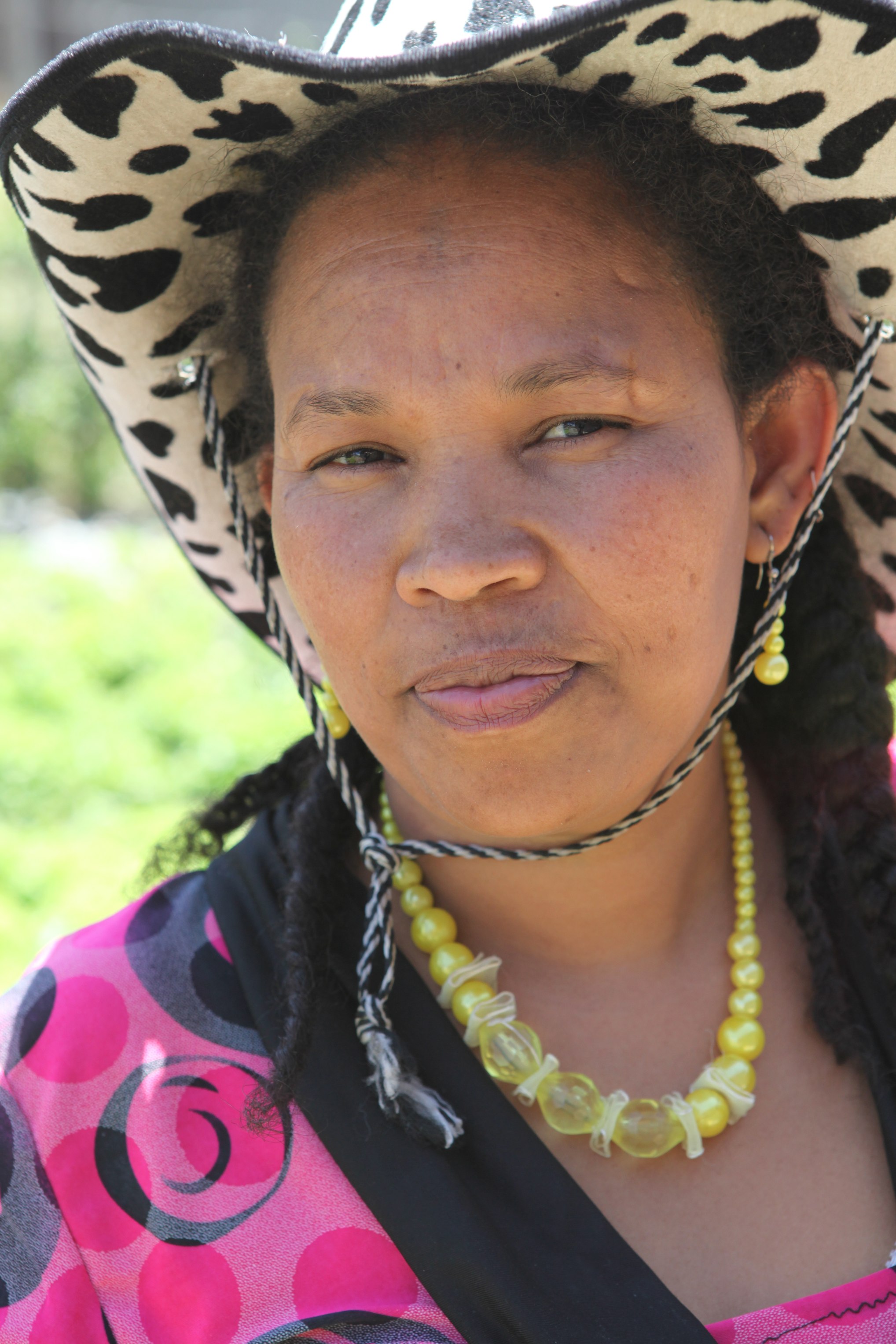 When 29-year-old China Dessale approached the Wain Hotel where she used to work as a commercial sex worker, carrying a basket teeming with cabbage, carrots, lettuce and eggs, the hotel owner couldn’t believe his eyes. He remembered China when she was 15 years old. In desperation, China had joined the same hotel to make a livelihood in Ethiopia’s risky commercial sex worker industry.

Today, China and 17 sex workers from Kombolcha work in a USAID Urban Gardens Program (USAID UGP) garden only a half kilometer from the hotel. The group originally started a poultry farm in 2006 through local implementing partner Nigat in the town of Kombolcha, in northeastern Ethiopia. Last year they diversified their portfolio and added vegetables to the thousands of eggs they were selling to various restaurants and cafés around town.

In 2010, the group graduated from the USAID UGP program and has been gardening nutritious vegetables since. In an odd play of events, their former care-taker has become one of their most valued customers. After graduation the group expanded its garden and with the 2010 savings purchased another 250 chickens.

The roads in the Ethiopian highlands are never flat. The bumps start off small and then nature replicates the unevenness on a larger scale in the way of mountains. Traveling through the highlands is a daunting task, especially as a 15 year old girl with no family in the hands of an immigrant smuggler, known in the local language as a delala.

After her father died, China decided to leave her hometown Gonder. She paid the first delala 500 birr ($50 USD) to get her to Kombolcha. He passed her off to another delala whom she paid a fortune of 5000 birr to get to Saudi Arabia.

In Kombolcha, she waited for the truck to pick her up. She waited all day and night, and then she waited another day. Alone in Kombolcha, she realized she was nowhere at all, stuck in the middle distance between Gonder and her dream of Saudi Arabian domestic worker salaries.

China Dessale never made it out of Kolmbocha. “At least I made it through the mountains,” she says smiling.

She started walking the road eastward to Djibouti, passing camel driven caravans of Afari traders coming to the highlands. She passed a series of hotels and gave up. She ducked into a hotel and signed an imaginary contract with the hotel owner to sell her body to the hotel patrons for as little as 300 birr a night. Instead of a domestic housekeeper, she became a commercial sex worker.

“Life as a commercial sex worker is detrimental and carries a heavy risk of being exposed to HIV/AIDS,” she says today.

For nearly ten years, China settled into the turbulent world of hotel sex workers. She made friends with other girls and rarely saw daylight. For every customer, China was expected to pay the hotel owner 15 birr. If she had ten customers per month, the hotel owner made 150 birr. In a good month, China could make 3000 birr.

“Due to the group’s success with the poultry farm, the city offered them a 5-year lease for the garden,” Nigat’s project coordinator Endalkachew Taye says proudly. Acquiring land in Ethiopia can be a difficult matter in urban areas since the land is owned by the government and subject to numerous whims.

USAID UGP then provided the group with garden training, irrigation equipment and seedlings. The women took the first harvest to market where Afari traders bought the entire bounty of lettuce to carry back into the fiery furnace of the Afar desert.

Three harvests later, the women already perfected their technique and quickly recognized the biological relationship between the plants and the animals. “Whenever we have problems finding a market for our vegetables, we feed the excess food to the chickens,” China explains.

While the women do not make as much money as they would in the hotels, the work is safer and they no longer suffer from discrimination associated with sex workers. Today the farm and garden average some 5,000 birr a month. After costs, the women take home an average of 230 birr, less than what they would charge for one night in a hotel.

“Even though I made more money as a sex worker, the mental satisfaction I get from gardening is worth it. As a sex worker, nobody would accept me as a human being,” says Tiggist Ayele, another sex worker turned gardener.

Since the beginning, the women have been building on a savings & loan fund. China currently acts as the group’s chairwoman and oversees the 22,000 birr stored in the community fund. “We may have earned more money as sex workers, but we never saved anything because we had no training in how to save,” she says.

In 2006, Nigat started targeting women like China with a poultry farming project with the aim to extract women from the commercial sex worker industry. Nigat sought a group of women willing to give up their jobs for a chance to make a living under healthier circumstances, not to mention keeping their dignity. Nigat invited 100 sex workers to a project reunion, only 54 attended.

“In the initial stages, the women didn’t want to go. We put a lot of pressure on them and were able to get around half of the workers to listen to our project,” project coordinator Endalkachew Taye says.

Of the 54 women who showed up for the initial meeting, Nigat convinced 20 women to turn their backs on the commercial sex industry and embrace poultry farming. Nigat aimed for women between the age of 18-25, but the participant’s interest was the main requirement.

For the next three years the women established a routine in which three women worked three-day shifts, each shift producing an average of 200 eggs, and making somewhere between 200-300 birr a month.

Almost four years after starting the poultry farm, the women now purchase their own chickens with the farm’s profits. Next step, incubators. The group knows with their savings they can increase output and thus increase profits, China says.

With her savings China already opened a kiosk in her neighborhood. Selling basic needs products and food, she takes home an additional 300 birr a month.

“I took my experience from our business as well as from the sex worker industry and have applied it to other ways of making money,” she says. “Now I want to open a beauty salon in Kombolcha.”