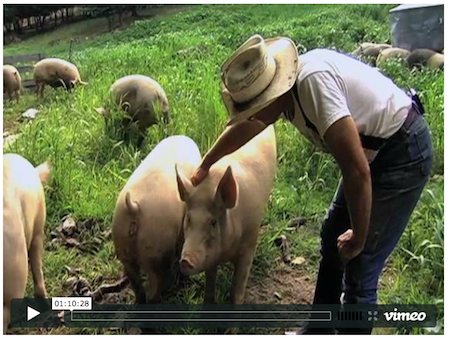 The Irish Potato Famine of the 1840s is a perfect example of how monocropping can lead to disaster.

Lack of genetic variation in Irish potatoes was a major contributor to the severity of the famine, allowing potato blight to decimate Irish potato crops. The blight resulted in the starvation of almost one of every eight people in Ireland during a three-year period. But the greatest shortcoming of monocrops may lie in the compromised quality of those foods, and the long-term effect that has on your health.

Watch the preview of FRESH here and read The Silent Time Bomb on Your Plate – When Will Your Moment of Truth Arrive? by Dr. Joseph Mercola, for the full story about biodiversity in our food system.

IMPORTANT! You can buy a copy of this film for just $15 by clicking HERE! (We just ordered our copy!)

In the words of Michael Pollan, author of The Omnivore’s Dilemma and a number of other bestsellers: “Mother Nature destroys monocultures.” What is a monoculture? Monoculture (or monocropping) is defined as the high-yield agricultural practice of growing a single crop year after year on the same land, in the absence of rotation through other crops. Corn, soybeans, wheat, and to some degree rice, are the most common crops grown with monocropping techniques. In fact, corn, wheat and rice now account for 60 percent of human caloric intake, according to the UN Food and Agriculture Organization.

By contrast, polyculture (the traditional rotation of crops and livestock) better serves both land and people. Polyculture evolved to meet the complete nutritional needs of a local community. Polyculture, when done mindfully, automatically replenishes what is taken out, which makes it sustainable with minimal effort.

Some critics of monocropping claim it even contributes to unsustainable population growth and mass starvation. According to an article on GreenFudge.org, monoculture is detrimental to the environment for a number of reasons, including the following:

Read the rest of The Silent Time Bomb on Your Plate – When Will Your Moment of Truth Arrive? by Dr. Joseph Mercola.