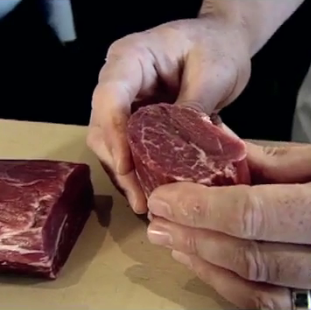 This video report appeared on Seattle’s KOMO News; we ask again – where is your steak coming from?

A growing trend among restaurants, food producers and butchers has some consumers scratching their heads and wondering “what’s in the beef?”

It’s not what you’d expect to be on the menu, but chances are you have eaten meat that’s been bonded together with a product called “meat glue.” Or even more descriptive: “blood glue.”

The product, also known as transglutaminase, is a naturally-occurring protein that has the ability to turn diced meat into fully-formed steaks.