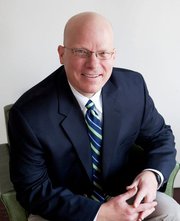 Bruce Bradley, a former food marketer at companies like General Mills, Pillsbury, and Nabisco, was profiled on Grist and he comes across as a sane, level-headed man who has been bamboozled by the industry in which he worked for more than 15 years. The piece, titled Confessions of a Former Big Food Executive starts like this:

The landscape has changed dramatically since I started my career at Nabisco in 1992. In response to Wall Street profit pressures and the growing power of retailers like Walmart, the food industry has undergone a tremendous wave of consolidation and cost cutting.

This has hurt our food supply in many ways. First, huge, multinational food companies now dominate the landscape. Wielding far greater lobbying power and much deeper pockets, these companies have been very successful in stagnating food regulation. Second, cost savings have been a key profit driver for the industry, but they’ve had a devastating impact on both food quality and food safety. Think factory farming and GMOs, just to name a couple of examples. Third, as consumers’ health concerns have increased, processed food manufacturers have become even more aggressive in making dubious health claims or co-opting fad diets to market their brands and develop new products.

The net impact of this transformed landscape has been disastrous from a public health perspective — with obesity rates skyrocketing and a never-ending flood of food recalls.

Visit his blog and you’ll see that Bradley is from Minneapolis. Minnesota has not been known for good food; in the movie Fargo (1996), when Marge, the cop, asks a friend for a tip on a good place to eat, she is steered to the buffet at the Radisson. The view is appalling – the food is mostly over-cooked, fried, and/or covered in cheese!

Bruce Bradley writes like a new convert; he’s seen the truth and he’s mad as heck about what’s been going on. He’s particularly perturbed about “natural” food colors, flavors, and other additives. Here is a snippet from a recent blog post, Processed Food: Trick or Treat? Check out some of these frequently used food additives that qualify as “all natural.” They might be a little more than you bargained for: