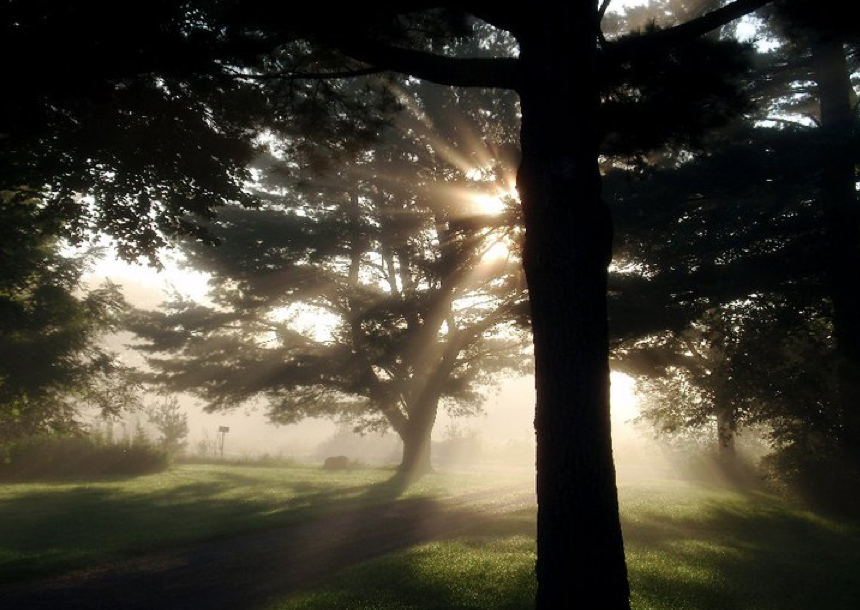 Heidi Norman Wise and her husband John moved from Minneapolis to a small farm in rural Wisconsin to live their dream. Heidi is a former corporate communications director who left a steady paycheck and benefits to start a business with her husband in dairy farming and hospitality. Together they currently manage a herd of 82 cows and 20 calves. In addition, Heidi and John are building their hospitality business with an on-farm guesthouse to open to the public.

“I can’t believe we’re really on a farm. It took us 10 years to get here. And I often tell people that if I would have known it would take 10 years, I probably would have told John, ‘No way. We’re doing something else.’ Good thing I didn’t know.”

Here is their story; the good, the bad, and the ugly.

Last week, we heard Heidi’s story of the farm beginning; this week we celebrate the farm’s first anniversary.

January 7, 2011: Experiencing full-on crabbiness. Just in from milking. It’s taking us longer to milk 27 cows than it did to milk 60. Because: 1) All the lead cows are in the dry group, leaving us with “followers” who aren’t great in the parlor; 2) three of our fresh cows (the ones who calved last week) are still kicking at us; and 3) our best milker has mastitis, which requires extra time & equipment. Bleah! 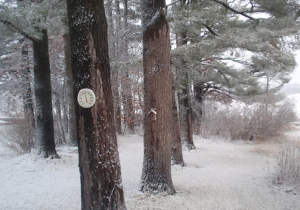 January 15, 2011: I did not think it was possible, but that was so. Much. Worse. Seven hours on chores tonight. Well, last night, actually. In at 1:30. Feeling extra crispy. Another calf yesterday. Four more soon. Lots of sorting, pushing, coaxing, banding, bedding, watering and assessing. Not to mention having to prepare a full balance sheet for the lender. I’m beat.

January 20, 2011: Would like to know what kind of lunatic buys a dairy herd that is mostly going to calve in January and February…

January 26, 2011: I’m reasonably certain that Eve re-broke my nose in her eagerness to get at her calf kibble as fast as possible. A little depressed about looking like a cross between a hockey player and a boxer. Sigh. Now *that’s* a stupid calf. Or wait…is she smart because she wants food?

January 27, 2011: A little side benefit of starting a dairy farm: I’ve lost 10 pounds without even trying. Of course, John has lost about 25 and he’s trying to keep the weight on. Men!

February 23, 2011: Another dead cow today. 🙁 Herd down to 65 now. But those who are sticking with us are doing pretty well, all things considered. Calves are growing like weeds. They’re going to love it when they finally get to run around on pasture!

March 1, 2011: Well. That milking ended poorly. But it sure made some culling decisions a *lot* easier.

March 10, 2011: Apparently the cows and calves think it’s glorious outside, too. Naughty girls are jumping fences, escaping pens, and generally kicking up their heels. Tsk!

March 22, 2011: I lived to tell the tale! We interrupt our regular series of backstory posts for some breaking news: I finally lost my boots in the manure muck tonight. Both of them. At about the same time.

April 13, 2011: My original career plans were so far removed from farming it’s not even funny. Or maybe it’s truly hilarious??

April 17, 2011: Memo to our cows: If you don’t like being the first cow on a platform, please do not come in first. Ditto for those who don’t like coming in last. It’s really not that hard, ‘k?

April 22, 2011: Cows are vexing creatures. They always seem to choose the worst weather to 1) have calves, and 2) jump the fence. No calves today, but one fence jumper. Repeat offender. She needs an ankle monitor. 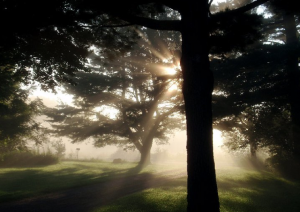 May 12, 2011: Oh, did I mention that the federal inspector came by yesterday? Passed with flying colors! “Beautiful Grade A dairy.” Not bad for a couple of rookies.

June 23, 2011: Milked the cows in 80 minutes tonight. Unfortunately, this speed comes at the expense of production: they broke into an old pasture that had been eaten down, and decided to stay put. Result: Hungry cows that practically ran into the parlor and milked fast. Too bad we can’t savor the moment.

July 6, 2011: We’re starting the process of looking for a herding dog. Tired of “playing dog” when getting the cows, coaxing them into the parlor, and shooing them out of the parlor. Big time waster. And the cows are developing bad habits, like hanging out in the exit lane. This may take a while, but at least we have begun. 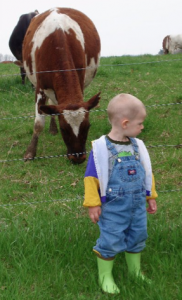 July 24, 2011: Boo: Cows keep going through fence. Time for an intervention. Yay: Hoping to get a bucket of cherries from our cherry trees (whatever the birds haven’t eaten yet). Have a scone recipe I’m eager to try.

August 12, 2011: Happy anniversary to us! It’s been one year milking cows. Hope the girls will give us the gift of coming into the parlor well tonight.

August 13, 2011: RIP, Bossy (one of our calves). 🙁 We’re so sorry we didn’t recognize that you were being out-competed for food. We have learned. Your death will not be in vain.

August 24, 2011: Can I just say that I wish there were some magical fence fairy who could make all of our fence intimidate the cows so they would stay where they’re supposed to be? John had to collect them from 3 different pastures — on opposite sides of the farm. Enough already. 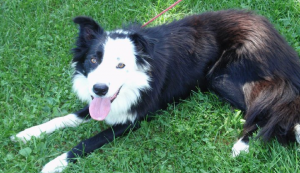 August 29, 2011: Busy, busy day. Sprocket arrived (hooray!), did some basic training with him (no, jumping is *not* OK), bred two cows, had feed delivered and hay sampled, met with NRCS technician to discuss water line plans, cleaned out holding pen, and took Sprocket for a 50-minute walk. Oh, and milked twice. We’re beat.

Thank you, Heidi, for letting us be part of your life as you experience the adventure that is farm life.