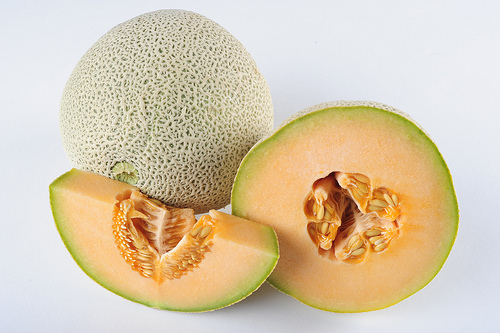 Cantaloupes are one of summer’s favorite fruits and, with the eternal summer of the global food system, consumers can eat them pretty much year ’round.

The problem with cantaloupe is that they seem to be prone to collecting some pretty nasty pathogens including Listeria and Salmonella. In fact, there have been 16 recalls of cantaloupe for contamination over the last 10 years.

Last March, Del Monte Fresh Produce recalled nearly 5,000 cartons of imported whole cantaloupes suspected of contamination with Salmonella Panama linked to an outbreak that sickened 12 people. It was a voluntary recall. While health investigators clearly linked victims to cantaloupe bought at Costco and used Costco membership cards to identify the source: a farm in Guatemala owned by Del Monte, no melons were actually found to be contaminated.

Following that recall, the FDA instituted restrictions on melon imports from the Guatemalan farm, requiring that Del Monte prove that the melons from that farm are safe.

Now Del Monte has sued the FDA saying the restrictions could damage its reputation.

Del Monte has issued 3 recalls for cantaloupe in 3 years. Besides the March 2011 recall, in 2009, 1,120 cartons were recalled after testing in California detected Salmonella and, in 2010, 81 cartons grown in Arizona tested positive for Salmonella and were called back.

Industry observers, like Bill Marler, food safety attorney, believe that the FDA suit and a threat against Oregon Public Health and its senior epidemiologist, William Keene, are moves to pressure the government to limit restrictions on imported melons.

Because none of the tested melons were found to be contaminated, Del Monte is questioning the validity of the results of the investigation. According to Marler, “… in most outbreaks of food borne illness there is no product to test – because the consumers ate it before they became ill, or the particular product, like cantaloupe, was perishable and so the contaminated fruit is long gone.”

Preventing contaminated food from entering the system is critical for safety. So how’s it going?

Not so well… Now we’re in the middle of a recall in Ontario of cantaloupe suspected to be contaminated with Salmonella, and an outbreak of Listeria that has sickened 55 and killed 8 in 14 US states. A grower in Colorado has been implicated in that outbreak.