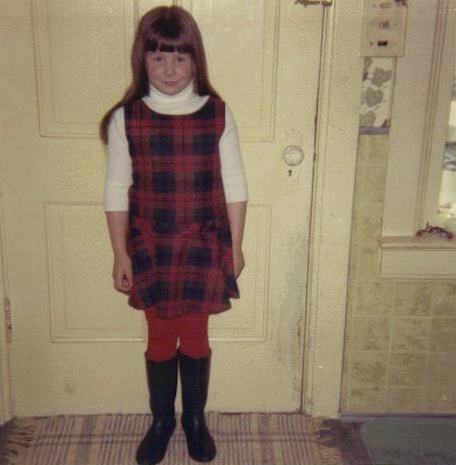 Shortly after we returned from Milwaukee the oats harvest was under way, loads of combined oats were being hauled in from the field, and blown into the grain bins in the granary. A substantial amount of grain was spilled on the ground during this process, so Opie had to be kept away from the area.

We had been shutting the barnyard gate and letting him be loose in the barnyard, but now he had to be staked out again during the day. At night, some snow fence was set up around the spilled oats, and we shut the gate and turned Opie loose. Little did we suspect that as darkness fell, he was pushing his nose under the snow fence and eating oats.

In a couple days, the harvest was over, the spilled grain was cleaned up, the snow fence was taken down, and Opie could be loose again, with the gate closed. We still did not dare turn him loose in the large front pasture for fear he might take off for his old home.

A short time later, I noticed Opie was walking a bit strangely. My first thought was that he had something stuck in the bottom of a hoof, and between Jerry and I, we checked all his feet, but found nothing suspicious. His gait worsened, and slowly the thought that he might be foundered began to dawn on me, but I didn’t think he had been eating oats. Still, I called his former owners, who knew everything about horses, and as soon as I described his condition, they knew right off that he had been foundered.

I  called a veterinarian  immediately, and they came out and gave him shots and other meds. They thought we had caught it soon enough, and that with the treatment, he would come out of it alright. Soon  he was moving around normally again. and as time passed, he showed none of the overt symptoms of foundering, such as long overgrown hooves, etc. We were very relieved!

As we progressed into the fall season, Lisa was back in school, and in first grade this year. At first that was fine, lots of  friends and new experiences, but gradually she became a little less happy with constantly reading about “Dick and Jane” and “Spot and Puff.”

I thought it best to get the opinion of the Elementary Counselor. I didn’t want to push her ahead out of her age group, but I didn’t want her to become bored either, as she had always been so eager to learn. The counselor agreed that he should do some testing with her and see if she needed to be moved. He came back with the verdict that she read very well at the eighth grade level, but whether or not she understood everything she was reading, was still unclear without further testing.

At that time, our school had no program for gifted students, so about all they could do would be to move her to a higher grade. Jerry and I still wanted to keep her pretty much in her own age group, and though we knew she was very bright, thought she was not that far advanced with math and other subjects that she would be too bored. l remembered however, her kindergarten teacher telling me how she had once suggested  to the class that they each draw a picture of the sky.

As she walked around the room looking at the different versions of the sky, there were suns, moons, stars, etc., but Lisa had drawn earth and all the other planets, and labelled them… Anyway, we thought our best course was to put her one grade ahead in reading, and stay in her own grade for the other subjects, and see how that worked.

This seemed to be working out fine, and during the fall she had quite a few chances to ride Opie. Not as many as she would have liked of course, as she had to have adult supervision, and her Dad’s business was growing, so he didn’t have as much time to spend  with her as previously.

Then as fall progressed, Opie’s temperament slowly began to change. He had always been mischievous; for instance, if he was haltered and you were leading him, he would often give you a little push from behind with his nose – nothing serious, it was all in fun.  But gradually, the little push became a shove, and it was no longer amusing. We had to be a bit wary if he was behind us.

We were keeping the barnyard gate closed so Opie could be loose in the barnyard. Lisa rode to school with her Dad in the mornings, so when they left, they opened and shut the gate. When Lisa rode the school bus home in the afternoon, she walked in the driveway and crawled through a space in between the horizontal bars of the gate, rather than open and shut the heavy gate.

I was finishing up the ironing one afternoon (yes, everything had to be ironed then!) and it was about time for Lisa to come home. I glanced out the window toward the gate and saw her just crawling through it, at the same time, I saw Opie take off from near the house at a mad gallop, and head straight  for Lisa. She saw him coming and quickly ran to the big White Oak tree just inside the gate, and stood tightly against it. Opie was prancing around the tree, and it seemed obvious he wanted to strike at her with his front feet.

When I saw him charging toward the gate, I had grabbed something, a baseball bat or a stout stick, and was running toward the gate. When I got to the tree, I chased him off with the stick and we got safely to the house, but from then on I had to meet Lisa at the gate every afternoon because he was watching and waiting for her to come through the gate. He didn’t bother me as long as I had a bat or stout stick, but he also began to chase other animals, and tried to trample Missy. He  would no doubt have killed her, if I had not been close by with my stick.

I kept telling Jerry about this turn of events. I felt strongly we should get rid of the horse, but he hadn’t seen it, and thought Opie was just being playful, or that I was exaggerating the situation… so, we kept struggling on, and it was a great relief when Christmas came and Lisa didn’t have to go to school!  Bit it was a long winter, nonetheless, as we clambered over snowbanks to keep away from Opie. Something had to change!