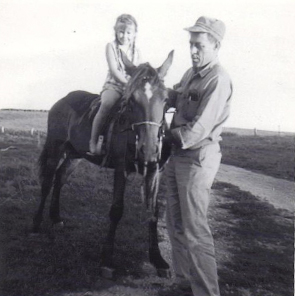 During early summer, our second “Cricket” was among the missing. Because of the sad after effects of having our first Cricket spayed, we decided not to have our male Cricket neutered.  A mistake we regretted when he began “tom catting.” He would be gone frequently, a couple weeks at a time, but so far he had always come home. I would hear his familiar rumbling “mameow” coming across the field, and he would be home again for a while.

But eventually, the time came when he did not come home.  We worried, that he had been run over, that he had been killed by dogs because he and our dogs were such friends, he had lost his natural fear of dogs, or that some cat hating person had shot him. Whatever, he had become such a part of our lives, we sorely missed him, his gentle affectionate ways, and seeing him asleep on the kitchen day bed, a favorite spot for him to stretch out his big frame and snooze.

It seemed that we would have to become better at anticipating the pitfalls that come with having animals, and with every new species the pitfalls were different, and had to be learned the hard way, as we were to find out, time after time.

In July our friends Bob and Stacia, and their daughter Debbie, came from Oak Creek, WI, for a weeks visit. It was a happy time for all of us, as we had been fast friends since we lived in South Milwaukee in 1957.  Jerry was then employed as a welding foreman at Bucyrus Erie Co, in South Milwaukee.  Bob and Stacia were our close neighbors, and the friendship soon blossomed.  Bob was a Chief Petty Officer in the Navy, and was on shore duty as a Naval Recruiter in Milwaukee.

Soon after we met, they began an adoption procedure for a baby girl.  We went all the way through the adoption with them.  It became an “on again, off again” drawn out affair, which at times, was quite a traumatic experience. However, it ended happily, and they were able to adopt their beautiful six-week-old baby daughter. Jerry and I became Debbie’s God Parents.

In 1960, we moved to our wooded bluffs above the Mississippi River near Brownsville, MN, and their family often came for weekend visits. When Lisa was born in 1962, Stacia and Debbie came for a week.  It was a joyful time for everyone, as for years, after I had suffered several miscarriages; doctors had told me I would never be able to successfully carry a baby through a pregnancy.  Now, Bob and Stacia had their daughter, and Jerry and I, after thirteen and one half years of marriage, had our daughter!

Once we got our farm in 1965, our friends came for at least a week’s visit every summer.  Stacia was a great rock hound, and she and I would clamber up “draws” and down “ravines” in search of those special rocks.  By the time they left for home they needed overload springs for their Buick, because of the trunk full of rocks.

This year when they came, Debbie was ten years old, and used to lots of friends around their neighborhood, and things going on all the time, so she was, at first, at a loss as to what to do for entertainment. Then, when I enlisted her aid in feeding the three bottle lambs, boredom went out the window!

She loved it, and never missed a feeding.  In fact, when the week was over and it was time to be heading home, Debbie was begging to be allowed to stay on the farm. Her parents were planning a vacation with Bob’s twin brothers’ family at a lake in WI, later in the month, and of course, they wanted her to go along, but she pleaded that she’d much rather stay at the farm than go camping. Of course, her parents insisted on her going home, and she did, but what a change in attitude in a weeks’ time.

It was a very big week for Lisa. In addition to having her Uncle Bob, Aunt Stacia, and Debbie visit, which was exciting enough, they had brought her a very nice bicycle, she had lost her very first tooth, and the day after our friends left, her new horse was delivered! How much more could one stand?

But, she took it all in stride, got on the bicycle and rode off like a pro, pulled the tooth herself, with no tears or adult coaxing, took a ride on the horse almost as soon as he was off the truck, and began planning for the day when she could ride her horse in the horse show at the County Fair!  I had the feeling that it would be nice to be at least five, or better yet, ten years younger!

I had let a lot of the usual tasks slide while our friends were here, and now it didn’t seem possible that I would ever catch up again. Lisa’s horse was delivered on the day the renter began harvesting the oats, added to the general confusion.

We could not shut the gate leading to the barnyard, as there were oats being hauled in and blown into the granary for storage, so we couldn’t turn “Opie” loose in the barnyard and had to stake him out on a rope to graze.  The following day, when I was here alone with him, and he was still learning to graze being staked out, he got the rope looped around his hind legs, and while trying to get away from this scary thing slithering around him, he whirled around several times, thereby getting tangled up on all four legs, and being thrown.

I thought I would have a heart attack when I had to go and try to untangle the rope from around his legs.  I thought he would very likely kick the living daylights out of me once he was untangled. But he was very patient, and we got along all right, although he got some pretty fierce rope burns on his hind legs in the process of learning.  He caught on quickly, and by the next day he no longer got tangled in the rope.