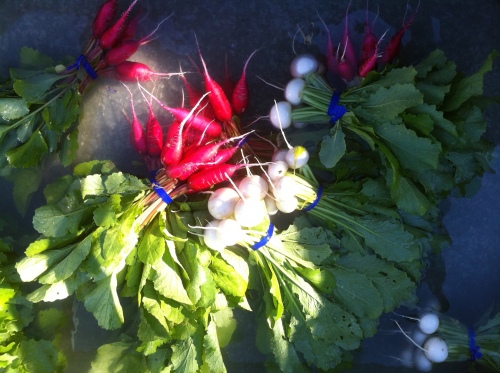 There is a hydrological term for the end and next beginning of the flooding season wrapped around Summer. It’s called the “Shoulder Season.” The end of the shoulder season is the last flood in the Spring and the beginning, the first in the Fall. We are still touching shoulders with this past year’s season in Western Washington after what many feel is one of the worst flooding seasons we’ve ever had.

The normal timing of the shoulder season seems to be shifting. Rain and flooding, as we’ve seen since last Fall, started later in the Fall and is extending later into the Spring. This wrecked havoc on farmers planting schedules. The flooding season seems to have ended but the impacts continue.

Not all river basins are the same even with rivers that are 50 miles apart so the actual timing of floods has been different for different farmers that are relatively close to each other. The Snoqualmie River, about 30 miles east of Seattle, had its most recent high water on May 15-16th. The NOAA flood center predicted a major flood then pulled back on the prediction when the center of a storm moved.

Fields in the Snoqualmie were already soaked from December, January and end of March floods; the March flood being fairly late itself. In late May, when waters started rising again, farmers who had already been waiting since February to plant delayed Spring planting again. But after that scare the valley farmers started taking starts from greenhouses and putting them in the ground.

The baby greens and early root crops like radishes and onions valiantly withstood the abnormally cool weather that has come with intense rain this Spring. By June, farmers who had put in eighteen hour days when the sun was out, and gotten used to eating dinner at 11PM, had nurtured their babies enough to bring food to urban restaurants and farmers markets who had been waiting for the fresh local foods they have grown to expect in the past fifteen years.

It’s hard to know what to plan for this Summer after one of the coldest Springs we’ve seen in years. July 4th is around the corner but the heat-dependent corn and tomatoes that we would normally see in a warm summer were planted late—if at all—and may not produce like they do in warm years.

The resilience of the farmers should amaze us all, however. Local Roots Farm in the Snoqualmie Valley publishes photos of bounty on their blog and Facebook before their Sunday trip to market. Farmers have all moved forward with their CSA (Community Supported Agriculture) drives. These are membership programs in which subscribers pay in advance for a share of the season’s produce. Urban and suburban residents have enrolled undaunted seeming politely not to express concerns that they may not receive as many of the warm weather fruits and vegetables they’ve gotten in the past. They seem to be silently saying, “We’re all in this together.”

Urban agriculturalists are being hit hard by the shoulder season as well. GroundUP is a program that hires youth interns for a Master Composter program at Yesler Terrace in Seattle’s Central District. Collecting food waste from local restaurants and grass trimmings and leaves from donors in city agencies, the interns learn about the cycle of producing soil to grow food. In the first year of the program the interns wanted to grow food as well so they could see the whole cycle. The program managers found unused land at Yesler Terrace and started a garden. The garden was bountiful.

This year, many of the Spring Saturday volunteer days were cold and rainy. Plant starts languished in the cold and alternating spurts of hot weather almost, ironically, dehydrated them. But the interns are there for the summer now and they’ll be raising their babies, feeding them with new compost and hopefully selling them at a produce stand for local residents and passersby on Yesler Way.

So, shoulder to shoulder we stand waiting for our hand grown food; not allowing ourselves to be scared, and not knowing whether the warm dry season will extend so much later into Fall that it will affect next year’s winter crops.

This is farming. This is the growing of our food. Whether this is a natural system going awry or a pattern not seen by us before, we are adapting: standing together shoulder to shoulder.

Joanne has been working with local food groups since 2006 as an advocate and fundraiser. This year she found that her scientific skills could help create understanding and support for local farmers working in the river valleys around Seattle. She is currently finishing an article on flooding and local farms in Western Washington during the winter of 2010-2011—one of the worst flooding years they’ve ever had.

You can see more of Joanne’s essays on her blog and on Raving Dove.