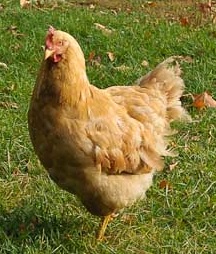 As urban homesteading becomes increasingly popular, more people are refraining from store-bought eggs to try their hand at raising backyard chickens. However, despite the many potential benefits, it’s still necessary to take precautions against disease and pathogens like Salmonella.

Last week, for example, the Centers for Disease Control and Prevention (CDC) reported that an outbreak of Salmonella that has sickened 39 people in 15 states and is liked to handling poultry. Nine of those individuals were so sick they required hospitalization. The contaminated chicks and ducklings causing the outbreak have been traced to a mail-order hatchery.

Although it is difficult to determine just how many people have made the switch to home-raised chickens, as of March 2010, more than 50,000 chicken owners were subscribing to the forum BackyardChickens.com.

“I think everybody should have chickens,” said Brad Henderson, a permaculture farmer in Bishop, CA., whose family has raised chickens since he was two years old. “They perform so many services and they don’t require much in return. Of any animal on the planet, you can’t do much better than chickens.”

Henderson said that not only do backyard chickens provide a nutrient-rich source of food, but they can also serve as low-maintenance composters, waste recyclers and weed eaters. Amy Henderson, who has been raising backyard chickens with her husband for almost 13 years, said that backyard, free-range chicken eggs also taste noticeably better than store-bought eggs. She said when chickens have the space to graze on grass and eat insects, the color of the yolk turns a bright orange, which is indicative of a healthy diet. Most store-bought eggs, she said, don’t come close to matching the color of healthy egg yolks.

“If we don’t have access to our own eggs, we don’t even bother to buy them,” she said.

A 2005 study conducted by Mother Earth News showed that, on average, true free-range eggs contain lower cholesterol, higher omega-3 fatty acids, and lower saturated fats than factory farm eggs. In the study, “free-range” did not include farms that simply left a small door open for chickens to go in and out, or farms that did not provide sufficient range land. Brad Henderson said that sometimes, “free-range” means that chickens only have access to a concrete patio.

But, while backyard, free-range chickens may lay more nutritious eggs, they are still susceptible to transmitting diseases like Salmonella.

Read the rest of this article on Food Safety News and learn how you can ensure safe handling on your urban farm.