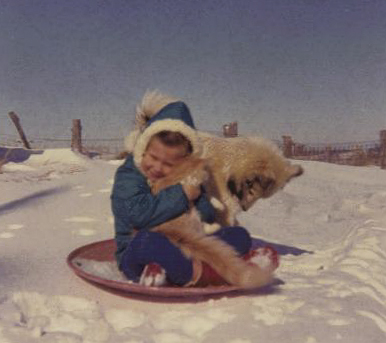 In May we had our sheep sheared, not a real big deal, as we only had 3 sheep to shear – Mama, Sure to Go, and Hercules. Lambs do not need shearing until their second year, unless they are being shown at the County Fair, then the 4-H lambs are sheared prior to the Fair.

We had not had to worry about this the previous year, as Mama had been sheared before she and Sure to Go were brought to our farm. Since we had so few sheep, it was not worth hiring a professional shearer, instead we hired a neighbor who had a small flock and sheared his own sheep.

He was not an expert by any means, and it was quite an ordeal, not only for the sheep, but also the shearer, and the onlookers. But, the job got done, and the sheep were much more comfortable without all that wool, now that warmer weather was here.

The wool yield was 35 lbs. Hercules sheared 15 lbs., Mama, 9 lbs., and Sure to Go, 11 lbs. This was somewhat better than the average in this area, which was approximately 8 lbs. per head, from the mostly black faced sheep. We just stored the wool where it would stay clean, and we could add it to the wool from future years’ shearing.

It was time to have our cat, Cricket, neutered. She had been with us since the previous fall, and had grown from a fluffy orange kitten, into a gorgeous long haired orange cat. We all enjoyed her so much, as she was a personality cat, very affectionate, and she and Tushka were great buddies and kept us entertained with their antics.

I made an appointment to have Cricket spayed at the Animal Hospital in La Crosse, WI, which specialized in small animal treatment. In addition to the spaying, she was also to be dewormed and given all the necessary vaccinations.

I brought her in on the appointed day, and was told I could pick her up the following day. I returned for her the next day, and everything had gone fine. She continued to recuperate, had her stitches removed, was all healed up and back to her beautiful self.

Then, within a week on a Sunday evening, she became very sick, vomiting constantly, and unable to eat or drink. Thinking that something had gone wrong with the spaying, I was going to take her back to the hospital first thing in the morning, but before I could get her there, she died.

We were all shocked and heart broken at losing her, but I called the hospital and they said to bring her in and they would do a post-mortem examination. The results of the post-mortem showed that she had hemorrhaged internally. due to Warfarin poisoning, which had thinned her blood to the point of hemorrhage, and was probably due to catching and ingesting poisoned mice.

We had never put out any poison, but this news caused us to do a thorough search of the basement area, as we knew she was an excellent mouser, and spent a lot of time in the basement, and no doubt caught mice there. We found the empty package of rat and mouse poison in the “crawl space” under our kitchen.

Someone, no doubt meaning well, had placed it there during the time the house stood empty, before we bought the farm. There was no basement under the kitchen, the rest of the house had a basement, but the kitchen “L” had been added later, and had only the crawl space to enable water pipes , etc. to be installed.

The old basement had thick rock walls, which over the years, had lost rocks here and there, so when our cat was outdoors and wanted to come in, she could simply slip into the basement through one of these gaps, come up the steps and “meow” at the basement door, next to the kitchen, and we would let her in.

If only we had known, but such a thing as poison in our basement never entered our minds. We missed her very much, her funny “wrowwer” greeting us in the mornings, not seeing her snoozing in her favorite chair, or strolling through the house with that gay plume of a tail carried aloft like a banner.

Tushka’s puppies were born soon after this, and that helped somewhat to fill the void left when Cricket died. The Banties were laying, and one hen was sitting on a nest of eggs in the chicken coop, so soon there’d be little Banties hatching out.