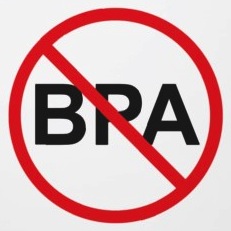 Last November we published commentary on levels of BPA in cans used to preserve food: BPA – Watch Those Green Beans. Studies came from two very different groups and both found that BPA was found more often and at much higher levels than expected.

A new study – Critical evaluation of key evidence on the human health hazards of exposure to bisphenol A – has come out concluding that bisphenol A (BPA) is safe has been authored by researchers with ties to the plastic and chemical industries. The research was funded by Bayer Schering Pharma AG, the largest producer of BPA in Europe.

In 2007, the Milwaukee Journal Sentinel examined nearly 260 scientific studies that looked at the health effects of BPA on laboratory animals with spines. It found 80% of the studies showed harm, and the vast majority of those were published by government and academic scientists. The few studies that found the chemical safe were mostly funded by the chemical and plastics industries, or written by scientists with connections or affiliations with those industries.

BPA was originally developed as a synthetic form of estrogen but quickly became more valued as an ingredient in the manufacturing of the clear, hard plastic known as polycarbonare. It is also used in the lining of food and beverage cans and has been detected in other food packaging containers, including those labeled “microwave safe.”

When heated, or exposed to acidic or caustic substances, BPA is known to leach out of containers into food. It has been linked to neurological defects, diabetes, breast and prostate cancer and heart disease.

In June 2009, the Endocrine Society published a Position Paper on Endocrine-Disrupting Chemicals – of which BPA is one – recommending that “until such time as conclusive scientific evidence exists to either prove or disprove harmful effects of substances, a precautionary approach should be taken in the formulation of EDC policy.”

In 2004, the Centers for Disease Control and Prevention found BPA in the urine of 93% of 2,500 Americans tested.

Regardless of whether you believe the Milwaukee Journal’s position that a vast majority of 260 studies examined found BPA harmful or the German study that purports to have examined more than 5,000 scientific papers conducted on the health effects of BPA, it’s a good idea to take that “precautionary approach” which says that in the absence of scientific consensus that the action or policy is harmful, the burden of proof that it is not harmful falls on those taking the action.