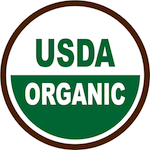 Sorting through the acronyms this week is a bit of a challenge! There are some folks who can use more than a handful of three- and four-letter “codes” in a single sentence, while the rest of us try to parse their meaning.

For the first time, the USDA’s National Organic Program (NOP) and the National Organic Standards Board (NOSB) are holding their semi-annual meetings in Seattle. These meetings are held in moving locations to allow as much public access as possible, and are open to the public for an insider’s view of the organic rule-making process.

Part of the week’s schedule included a Pre-NOSB Meeting organized by the National Organic Coalition which included a discussion of the upcoming 2012 Farm Bill and changing funding allocations for the various organic programs as a result of Federal budget-cutting.

It is the NOSB that sets the standards for organic certification with public input through oral testimony, written responses to proposed changes, and much deliberation. By the end of the week, the Board – consisting of 15 members representing farmer/producers, food processors, retailers, and a wide variety of non-profit agencies – make recommendations on policies regulating the production and distribution of organic food and products.

One of their most important duties is the review and development of the National List of Approved and Prohibited Substances. Particularly challenging for Board members is the increasing complexity of the materials – chemicals, enzymes, extracts, antibiotics, pheromones, and more – that need to be reviewed so that informed decisions can be made.

The Seattle meeting is focusing primarily on items to be included or removed from the list of approved and prohibited substances with testimony and decisions on animal welfare and rules on “outdoor access” for organic poultry. Originally planned for discussion were aquaculture and genetically-engineered salmon, but those items were pulled to allow a maximum of time for public testimony. A minimum of 13 1/4 hours has been allowed for public comment, although the adjournment time on the days of testimony may be extended; hundreds of people are expected to make comment.

We will report the final decisions of the committees next week.