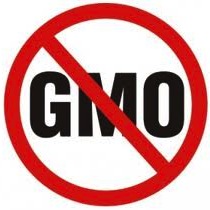 Lawyers are busy trying to deal with new challenges from manufacturers of genetically engineered feed crops. On March 19, attorneys for the Center for Food Safety (CFS) and Earthjustice filed a lawsuit against the U.S. Department of Agriculture (USDA), arguing that the agency’s recent unrestricted approval of genetically engineered (GE), “Roundup Ready” Alfalfa was unlawful.

It was the second case challenging the legality of USDA’s handling of GE alfalfa. In 2007, in another case brought by CFS, that went all the wa to the Supreme Court of the United States,  a federal court ruled that the USDA’s approval of the engineered crop violated environmental laws by failing to analyze risks such as the contamination of conventional and organic alfalfa, the evolution of glyphosate-resistant weeds, and increased use of Roundup. The case resulted in USDA undertaking a court-ordered four-year study of GE alfalfa’s impacts under the National Environmental Policy Act (NEPA).

The organic plaintiffs sued preemptively to protect themselves from being accused of patent infringement should their crops ever become contaminated by Monsanto’s patented genetic material, something Monsanto has done to others in the past.

How are these lawsuits different?

The legal actions involved different law firms, different defendants, and different sets of plaintiffs. The Cornucopia Institute is a plaintiff on both.

In the very first lawsuit concerning genetically modified alfalfa, the Cornucopia Institute was a plaintiff. In that case, a federal court found that the USDA had to complete an Environmental Impact Study before the plants could be approved.  The second lawsuit concerning alfalfa, against the USDA, filed in March, contends that there were deficiencies in the EIS process and a lack of consideration for the findings. We are challenging the USDA’s approval of GE alfalfa, because we believe that they did not handle the approval in a lawful manner.

The most recent suit challenges the right of Monsanto to go after farmers who they claim – by virtue of the fact that the farmers’ plants or seeds have become contaminated by Monsanto’s patented genetics – that they are somehow engaged in intellectual piracy. This pertains to all GE crops marketed by Monsanto.

This is a suit against Monsanto alone; how will it affect other providers of genetically modified seeds?

We would assume that if we prevail in court a precedent will be set and there will be case law that will be enforceable in a dispute with any of the other companies.

Will this same concept – and precedent – apply to animals, i.e., GE salmon?

I don’t know the answer to that.  It’s less likely that those genes can end up spreading to the stock of farmed salmon. The problem with crop contamination is that pollen can travel long distances and, for insect pollinated plants, insects can fly many miles and spread the genetic material.

I’m not an expert on aquaculture. That’s a concern about both fish hybrids and GE modified fish, that those genes will escape – it’s not a question of “if” but “when” – and spread to the genome of the wild aquatic species.  It could have catastrophic affects on the wild stock involving unintended consequences that we don’t even know about now.  We could end up destroying our wild stock. Because we don’t know, we prefer to operate under the precautionary principle and not do anything until we know the effects.

About the Cornucopia Institute

The Cornucopia Institute is a public interest group dedicated to the fight for economic justice for the family-scale farming community. Through research, advocacy, and economic development, the organization’s goal is to empower farmers both politically and through marketplace initiatives. Read more here.