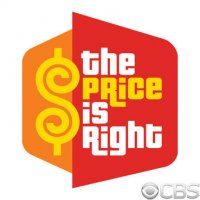 Remember the old TV game show The Price Is Right? It’s still on! Contestants guess the price of a prize with the opportunity to win more stuff the closer they come to its retail value. The show is extremely popular – it’s been on for nearly forty years. It’s also been called the most democratic of game shows as everyone is thought to know something about prices, excepting maybe a few past presidents.

As for the show’s title, we might spin the meaning of “the price is right” in a couple of different ways. One is that if you win stuff, rather than pay for it, then indeed the price is right. Another is that there is some “right price” reflecting the market value of the prize that skilled shoppers are privy to. But I wonder if most contestants don’t use what they would pay for the prize to guess its value.

It would then seem that in the game show, as in everyday life, whether the price is right depends on whom you’re asking, which may possibly explain why discussions around food prices are so lively. It’s almost gotten to the point that we have a tug of war going on between food producers and consumers around what should dictate price, especially now that prices are rising. Besides which there are any number of food wholesalers, retailers, manufacturers and government policy makers with a sizable stake and a whole lot of clout in who wins the war.

Over the next couple of weeks, I want to explore what the “right price” is for local food producers, consumers, and those in between. I’ll argue that there is no definitive formula for determining the right price but a choice about what kind of world we want to live in.

In my preferred world, prices would be fair to farmers who need to make enough to make a living and to consumers trying to make ends meet. At the same time, consumers would take responsibility for their impact of their food choices as reflected in the price they pay, just as producers would not shift the costs of cheap food onto others. In short, if not a formula, can we devise some principles for determining what the price should be for good food?

Since now is the time to gear up for influencing the content of the 2012 Farm Bill, I hope that some reflection on price and what influences it will be timely. I also hope to get beyond the sensational would-you-pay-$8-for-a- tomato headlines to what is really at stake because, in the end, prices do tend to reflect what is being contested in the real world and who is “winning.”

The good news is that the rise of the local food movement is changing the balance but we risk winning the battle and losing the war if we don’t get pricing, if not prices, right.

Let me leave you with these facts to consider as we ponder pricing principles: